This year, UM alumna Dr. Tahmeena Ali was named by the British Columbia College of Family Physicians as that province’s top family doctor, as cited by her peers. 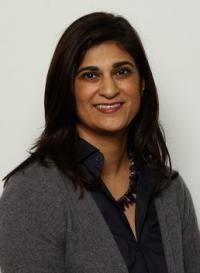 After graduating from medicine at UM, Ali did her residency at the University of Alberta in Edmonton then practiced rural medicine in Northern Alberta for ten years, working in the emergency department, covering inpatients, providing obstetrical care, and running a full-time practice. She then moved to Surrey BC, where she has been doing family medicine for the last eight years.

According to a story in the Vancouver Sun, Dr. Ali chose medicine over law while still in high school.

“I always debated between becoming a lawyer or becoming a physician,” the Surrey family physician said. “I was interested in both.”

Then a school field trip to a preliminary hearing for a murder trial in Edmonton made the decision for her when the medical examiner took the stand and began talking about the victim’s body.

“I was enthralled,” Ali said between virtual appointments with patients by phone from her clinic located a block from the Pacific crossing. “I realized then and there in that courtroom that I wanted to go into medicine.

“I was much more interested in hearing what (the examiner) had to say than in what the lawyers were doing. That’s when I made the decision.”

Dr. Ali’s nominator described her as: “…one of the most approachable, humble and kind humans I know. She is intelligent, forever curious and an incredible writer. She dedicates herself to others in her work and advocacy.”

Dr. Ali says: “Every day I use the skills I learned not only from the amazing UM Bannatyne campus, but from Gladstone, Manitoba, where I had my rural rotation.”