Fox-Decent received the highest national, provincial, and military honours through appointments to the Order of Canada, Order of Manitoba, and Order of Military Merit. 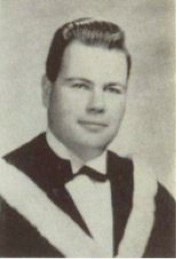 Born and raised in Winnipeg, he was class president every year of high school, and president of student council at United College (originally affiliated with the University of Manitoba). Fox-Decent graduated with a political science degree in 1959, earning the Lieutenant Governor’s Gold Medal for Academic Excellence.

In 1962, he started teaching political science at his alma mater. Described as a “brilliant academic” and one of the most popular teachers in his field, Fox-Decent mentored hundreds of students over his 33-year university tenure, winning several awards. In 1971, he was the first Canadian elected President of World University Services.

During this period, he also built a successful career with the Canadian Naval Reserves, working his way up from teen cadet to Chief of Reserves and Cadets. Under his command, Winnipeg’s HMCS Chippawa became the best naval reserve division in Canada. Fox-Decent was the first Canadian chair of the NATO Chief of Reserves Committee, and President of the Maritime Defence Association of Canada. In 1996, he retired with the rank of Rear-Admiral.

Fox-Decent ensconced himself in politics from an early age. At university, he was Conservative premier and party leader in a mock parliament; in 1966, he ran as Progressive Conservative candidate provincially and lost. However, he achieved great success advising the provincial government on constitutional issues, working first with Premier Walter Weir and, 30 years later, with the Filmon government in its response to the historic national Meech Lake Accord and Charlottetown Agreement.

In 1991, Fox-Decent won the Lieutenant Governor’s Award for Excellence in Public Administration. In the final years of his career, from 1992 to 2005, Fox-Decent served as chief executive officer and chair of the province’s Workers’ Compensation Board, sometimes occupying both roles at the same time. In 2014, he lost his wife Joan after more than 50 years of marriage.