To be inducted into CMHF, recipients must not only be exemplary scientists, but leaders whose work has led to exceptional improvements in human health.

“I am humbled and honoured by this extraordinary recognition. I hope it serves to focus attention on the critical importance and benefits of palliative care,” says Dr. Chochinov. 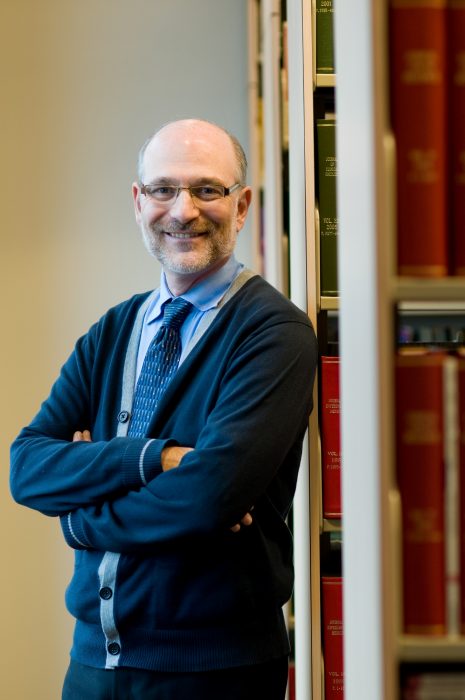 Dr. Chochinov’s research into the will to live and the desire for death in those with terminal illness has enlightened and informed debate worldwide regarding euthanasia and assisted suicide.

His research into the will to live and the desire for death in those with terminal illness has enlightened and informed debate worldwide regarding euthanasia and assisted suicide. In fact, his studies on this topic have been cited in every jurisdiction (including various amicus briefs submitted to the Supreme Court of the United States in considering the constitutionality of physician-assisted suicide) wherein legislative reform pertaining to physician-hastened-death has been raised.

“Dr. Chochinov has been one of the most prolific and respected palliative care researchers in the world,” says Dr. Digvir Jayas, Vice-President (Research and International) and Distinguished Professor at the University of Manitoba. “He intuitively grasps burdensome aspects of terminal illness that demand study, and pioneers approaches to their assessment, quantification and alleviation.”

In addition to authoring over 250 publications that have thoroughly explored the psychosocial, existential and spiritual dimensions of palliative end-of-life care, he is also the Co-Editor of the Handbook of Psychiatry in Palliative Medicine, published by Oxford University Press, and the Journal Palliative and Support Care, published by Cambridge University Press. His most recent book, Dignity Therapy: Final Words for Final Days was the 2012 winner of the American Publisher’s Association Prose Award for Clinical Medicine.

Dr. Chochinov is the co-founder and former chair (2001-2016) of the Canadian Virtual Hospice (CVH). This remarkable and innovative achievement provides online information and support to patients, families and health care providers on issues related to palliative and end-of-life care. Recognizing the gap in access to palliative care in rural and remote settings and even in urban centres, Dr. Chochinov was instrumental in its conception and development. CVH is visited by more than 1.6 million people annually from some 200 countries worldwide.

He was the founder and leader of the Manitoba Palliative Care Research Unit at CancerCare Manitoba, which has facilitated and led world class research in palliative care. The research carried out by Dr. Chochinov and his colleagues has resulted in significant impacts on how CancerCare Manitoba approaches the end-of-life care of cancer patients. Also stemming from his extensive research is dignity therapy and the International Dignity Therapy Training Workshop. In addition to his research contributions at CancerCare Manitoba, Dr. Chochinov was one of the founding members of the Psychosocial Oncology Department in the early 1990s, which has now significantly grown in providing emotional support to cancer patients and their families across the province.

“Dr. Chochinov has been a leader in groundbreaking research that has defined core-competencies and standards of end-of-life care on a global level,” says Dr. Brian Postl, Dean of the Rady Faculty of Health Sciences. “The Rady Faculty of Health Sciences congratulates Dr. Chochinov on this deserved honour of joining our country’s most impactful physicians and clinician-scientists. We thank him for inspiring students, residents and health care providers to take a more compassionate approach to the practice of medicine, particularly palliative care.”

Chochinov completed his undergraduate medical training and psychiatric residency at UM, completed a fellowship in psychiatric oncology at Memorial Sloan-Kettering Cancer Center, New York, and his doctorate at what is now the Rady Faculty of Health Sciences in 1998. He was named a Distinguished Professor of Psychiatry in 2008 at the Rady Faculty of Health Sciences and is currently a Senior Scientist in the Research Institute of Oncology and Hematology at CancerCare Manitoba.

“It is my pleasure to offer congratulations to Dr. Chochinov on receiving this laudable recognition,” says Dr. Sri Navaratnam, President and CEO, CancerCare Manitoba. “I am extremely pleased to see that Dr. Chochinov and his many contributions to enhance cancer care provincially, nationally, and internationally are being acknowledged in this way by the Canadian Medical Hall of Fame.”

Induction into the Canadian Medical Hall of Fame is only given to a select few who have pushed the boundaries of discovery and innovation. Chochinov will join 10 such exceptional UM physicians when he is inducted at a ceremony in spring 2020.