As the Manitoba Co-Operator reports:

…Some farm groups and farmers have started to take on issues on a larger scale, something that could be leading to a revolution in the way agriculture research is conducted, and Manitoba is on the cutting edge of this effort….

[UM Graduate Student] Megan Bourns, an MPSG agronomist working on the effort, told the recent Manitoba Agronomists’ Conference that the topics were selected because they posed similar challenges across several farm operations — so for example, soybean efficacy trials.

“We use this data to build large datasets that can be used to investigate patterns and probabilities of response across time and space,” Bourns said. 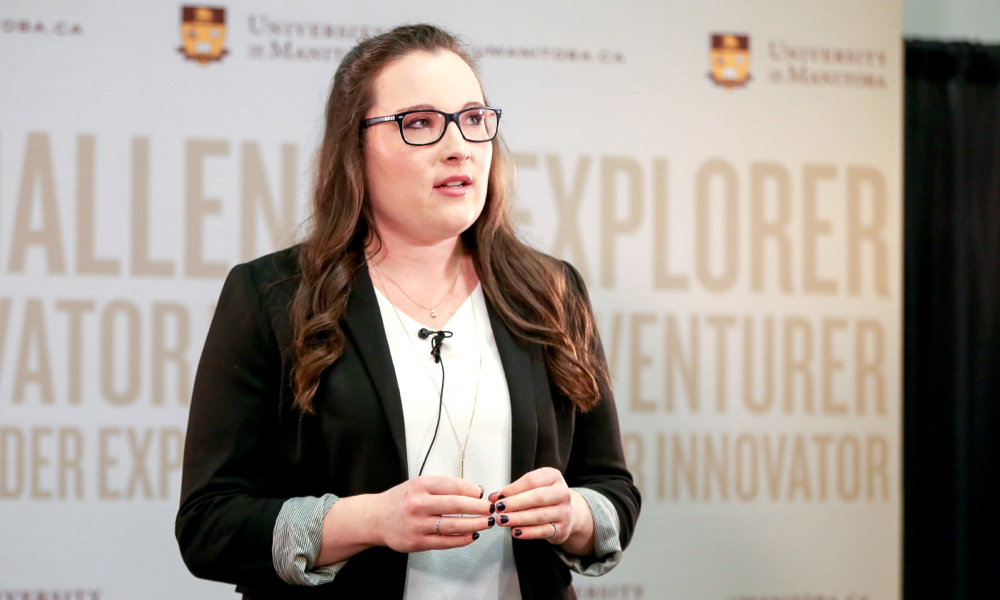 “With on-farm trials you can adapt your science more than is possible in small plots, and there is more room for creativity as long as the scientific principles remain sound.” – Megan Bourns.photo: University of Manitoba

So far that probably sounds a lot like any other agriculture research trial, but here’s where this on-farm research differs: it also tries to delve into questions on the individual farm basis.

“We also look to help growers with questions that are very specific to their operations,” Bourns said. “Data from these trials are meant to stand alone rather than be combined into larger datasets.”