Heavy snow blankets the Fort Garry campus causing tree branches to bend and break after an October storm in 2019.

Extreme precipitation events have always occurred, but are they changing?

The following article, co-authored by Ronald Stewart, professor of environment and geography in the Clayton H. Riddell Faculty of Environment, Earth, and Resources at UM, and Francis Zwiers, director of the Pacific Climate Impacts Consortium, at the University of Victoria, appeared in The Conversation.

Extreme weather and climate events causing extensive damage are a fact of the Canadian climate, and this year is no exception.

On June 13, a mammoth hailstorm pounded Calgary with damage in excess of $1 billion dollars, the most expensive hailstorm in Canadian history. In early July, eastern Canada was subjected to both persistent extreme heat coupled with high humidity and major flooding.

As we cope with these events, questions invariably arise about what role climate change may have played. Has a particular extreme been made worse because of our changing climate? How will these extremes change in the future?

Many of these questions are linked with the hydrologic cycle — the evaporation of water from the Earth’s surface and its vegetation, the transport of water vapour in the atmosphere from one place to another and the ultimate return of the water to the surface as precipitation.

The water cycle speeds up when the climate warms. A warmer atmosphere holds more water vapour, creating the potential for more intense precipitation events. The evidence that human activity has warmed the global climate over the past century is incontrovertible. Satellite data available since 1988 indicate that the atmosphere has moistened, and that this is primarily due to the human-induced warming of the climate.

Individual extreme events are, however, influenced by many other factors. A storm can leave behind moisture at the surface that can re-evaporate and strengthen subsequent events.

The collision between a cold front and a lake breeze can lead to heavy precipitation. A delayed lake freeze-up during a warm winter can enhance lake-effect snowfall. Or a drought could limit local evapo-transpiration — evaporation from the land surface and transpiration from plants — eliminating the rainfall that comes from local moisture recycling and further intensifying hot, dry conditions. 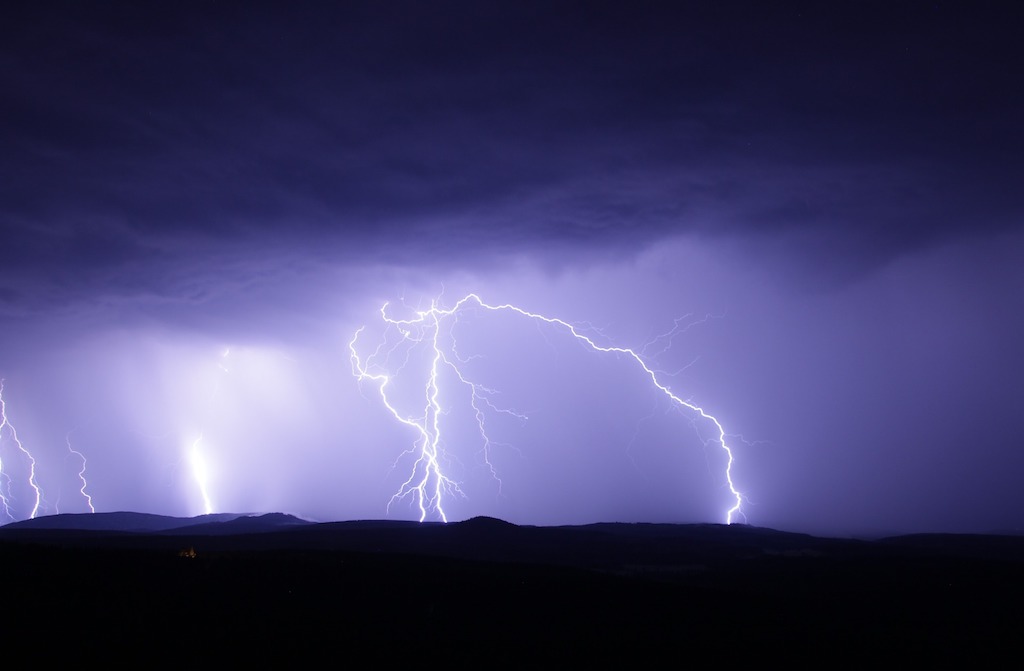 Professor Stewart is also part of a project that will provide new insights into the future occurrence of precipitation-related extremes including drought, and intense precipitation events. Read more.

Many studies have examined precipitation-related change, usually focusing on average conditions rather than extremes. This is understandable because individual events, like a tornado or hail storm, are complex, and sparse ground observations and evolving techniques mean there aren’t yet long-term records that allow scientists to reliably estimate trends.

In contrast, numerous rainfall records beginning in the 1950s or earlier exist across the globe. Statistical analyses of data from these rain gauges confirm that rainfall extremes have grown more intense at the global and continental levels, in agreement with climate models.

There are broad indications that these changes in rainfall extremes are due to human influence on the climate at global and continental scales. Extreme one-day rainfall events that occurred about once every 20 years in the past are now occurring about once every 15 years.

Even so, scientists still struggle to confidently say that a particular extreme rainfall event is the result of climate change. This is because there is naturally a large amount of variation in precipitation in one place, and the signal from climate change can get hidden within the natural noise.

Not all places have seen one-day rainfall extremes grow more intense over the past several decades, but that doesn’t mean it won’t happen in the future. The science indicates, with considerable confidence, that as the climate continues to warm, precipitation extremes will become substantially more intense in the mid-latitudes and northern land areas, including Canada.

Although details are uncertain, heavy snowfall, freezing rain and hail will all change with continued warming. For example, a recent study suggests that large hail could become more likely in Alberta by mid-century, but less likely in some other parts of Canada.

There is no doubt that human-induced greenhouse gas emissions have changed the climate. Nevertheless, the human imprint is often difficult to see in local meteorological observations. Despite that lack of direct “in your backyard” evidence, we should prepare for a future in which many precipitation-related extremes will become more intense.

Environment and Geography, Environment Earth and Resources, Research and International, The Conversation

One comment on “Extreme precipitation events have always occurred, but are they changing?”