Teacher and activist Lisa Howell knows firsthand the liberating and transformative power of education in reconciliation.

She recalls working with a student named Zack from Wemindji Cree Nation in northern Quebec, whom she described as hurt and angry when she first met him, his writing attempts crumpled and thrown to the floor.

Learning about Canada’s history of colonialism and the residential schools legacy changed Zack and others, said Howell, keynote speaker, Giga Maamaawii bimosemin/We Will Walk Together: A Conference for Truth and Reconciliation held on Monday, Sept. 26. The conference reconvenes Feb. 6, when the same school teams and their students will celebrate and showcase the work engaged in at their respective schools.

“When it came to speaking up for his people, speaking out against something that was wrong, Zack became articulate and motivated,” Howell said. “Some students feel very angry that they never learned about this before, and in that anger, comes motivation to do something.”

Zack wrote a speech to former prime minister Stephen Harper about equal funding for education on reserve, standing on the steps of Parliament, reading that speech to over 1,000 people.

Her students have organized committees and press conferences, written press releases and have staged dozens of protests to raise awareness about the issue of unequal funding for students on reserve. Moreover, her class has visited other schools in Ottawa to teach them about Canada’s First Nations history and how it affects issues that the nation continues to struggle with today.

Monday’s conference was the starting place for some 500 educators who attended the Conference for Truth and Reconciliation, aimed at engaging educators and teacher candidates in the significance of the residential schools legacy and the impacts of colonialism. The conference featured workshops where participants learned about findings of the Truth and Reconciliation Commission and how the commission’s Calls to Action can be enacted by Manitoba teachers.

Howell, a grade 5-6 special education teacher at Pierre Elliot Trudeau School in Gatineau admits she admits when she started teaching 11 years ago, she didn’t know about the history of Canada’s First Peoples, the treaties and residential schools.

“As teachers, we have a responsibility to lead … but we can’t teach and lead, if we don’t know the truth,” Howell said. “It’s conferences like these that bring teachers together, inspire them and give them the tools and knowledge that they need to go into their own classrooms and communities and work to make change.”

“The ways she engages her students in real conversations about injustice and inequity, and the way she calls on kids to act, I think is a really empowering message that she has to give all of us,” Janzen said.

In introducing Howell, Charlene Bearhead, also a co-organizer of the conference, emphasized the crucial role that teachers have to play in reconciliation. 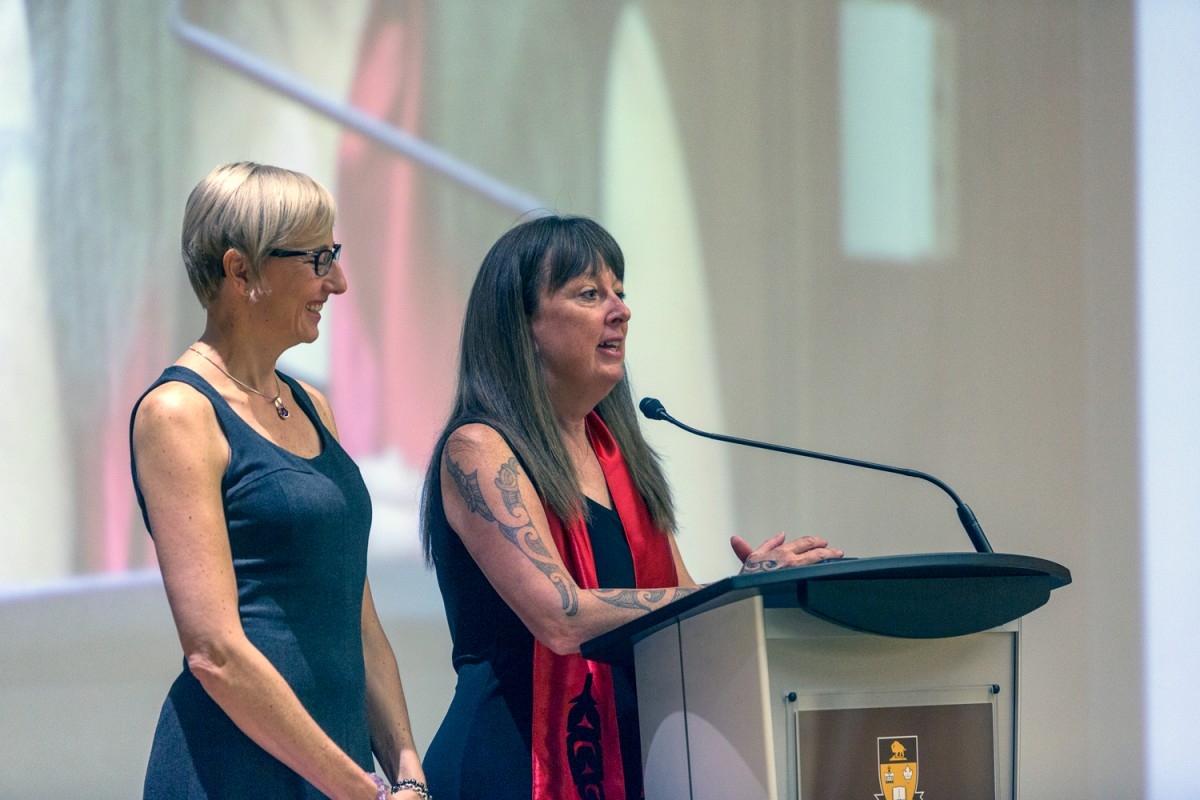 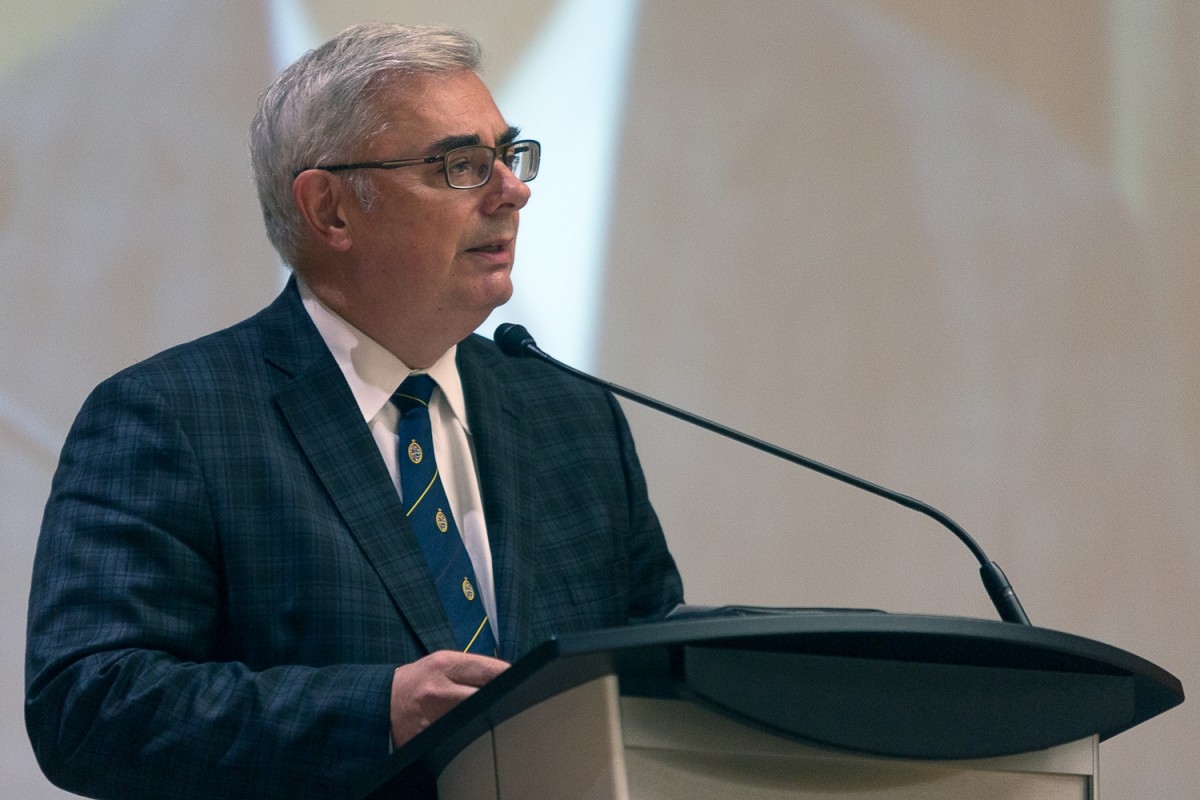 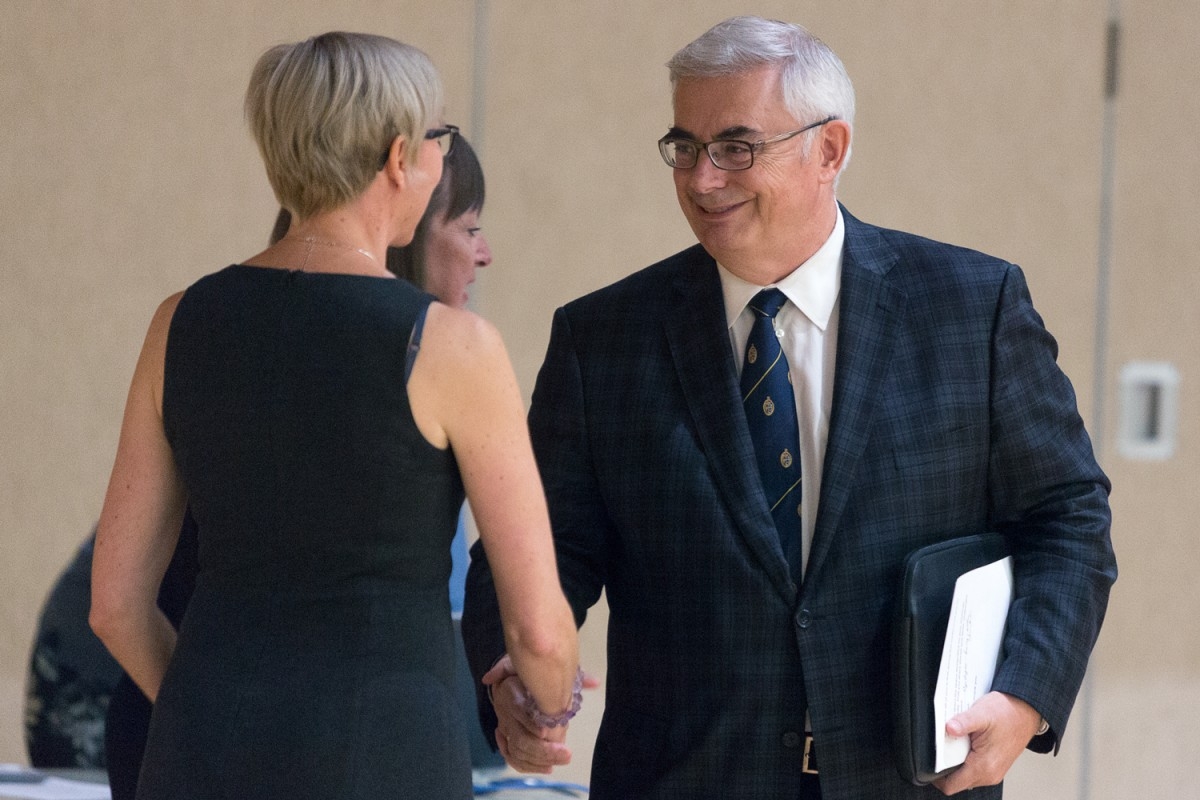 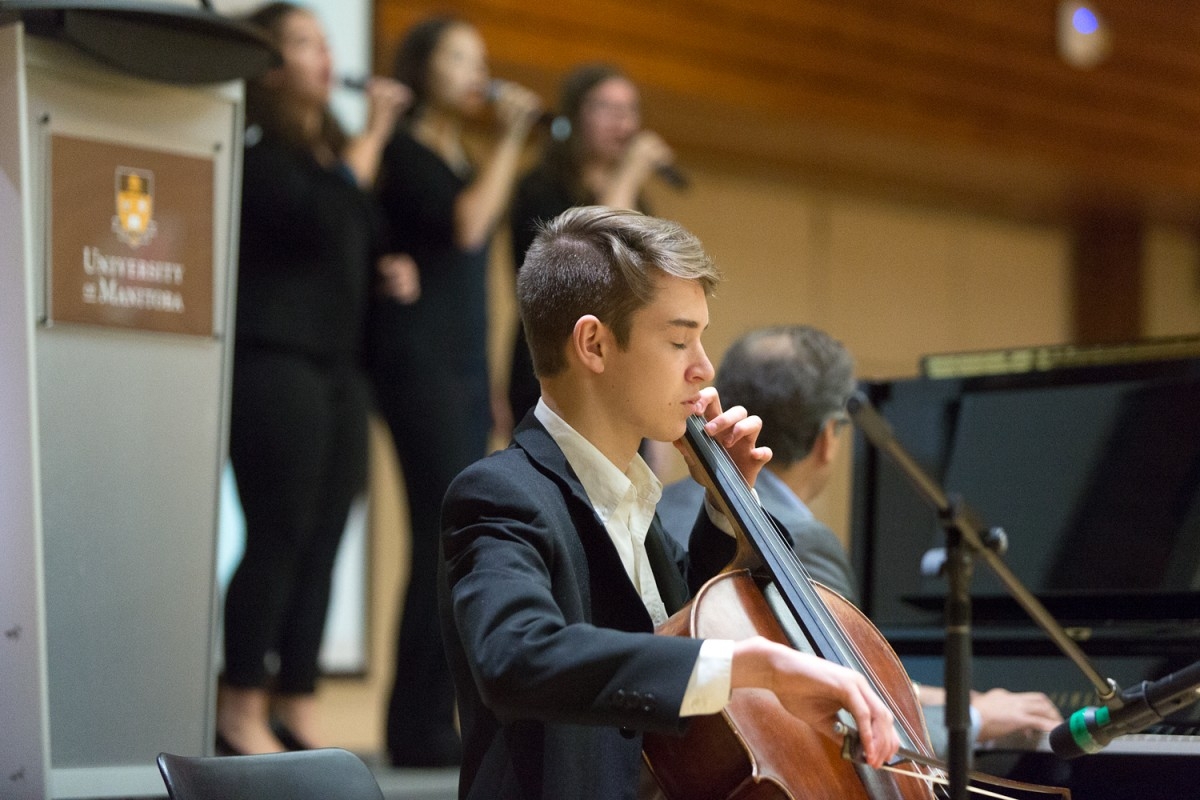 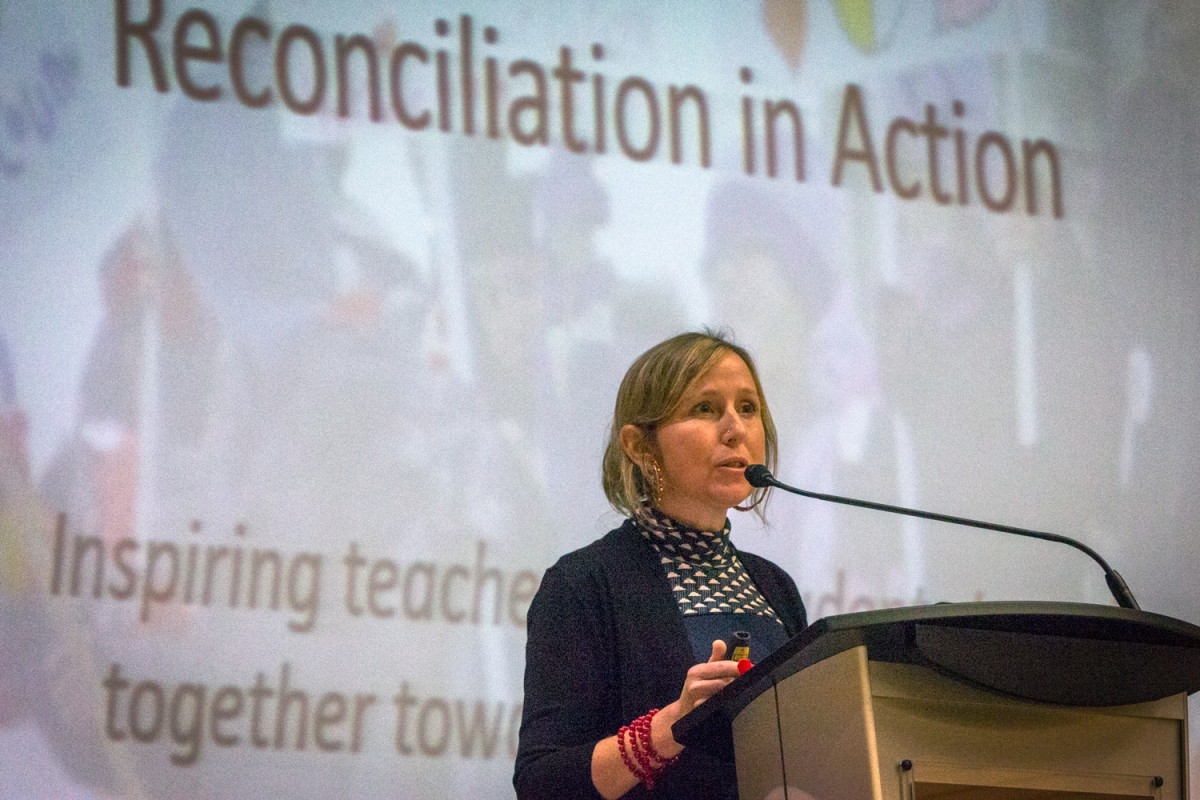 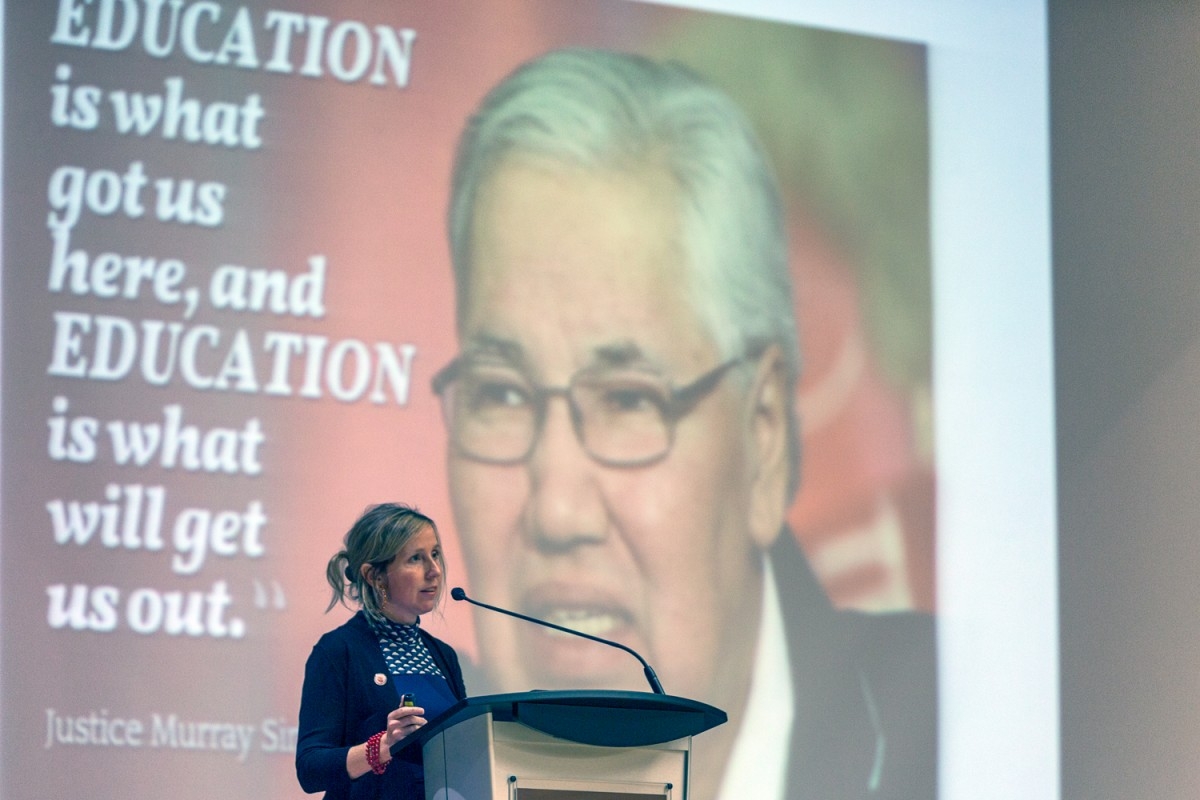 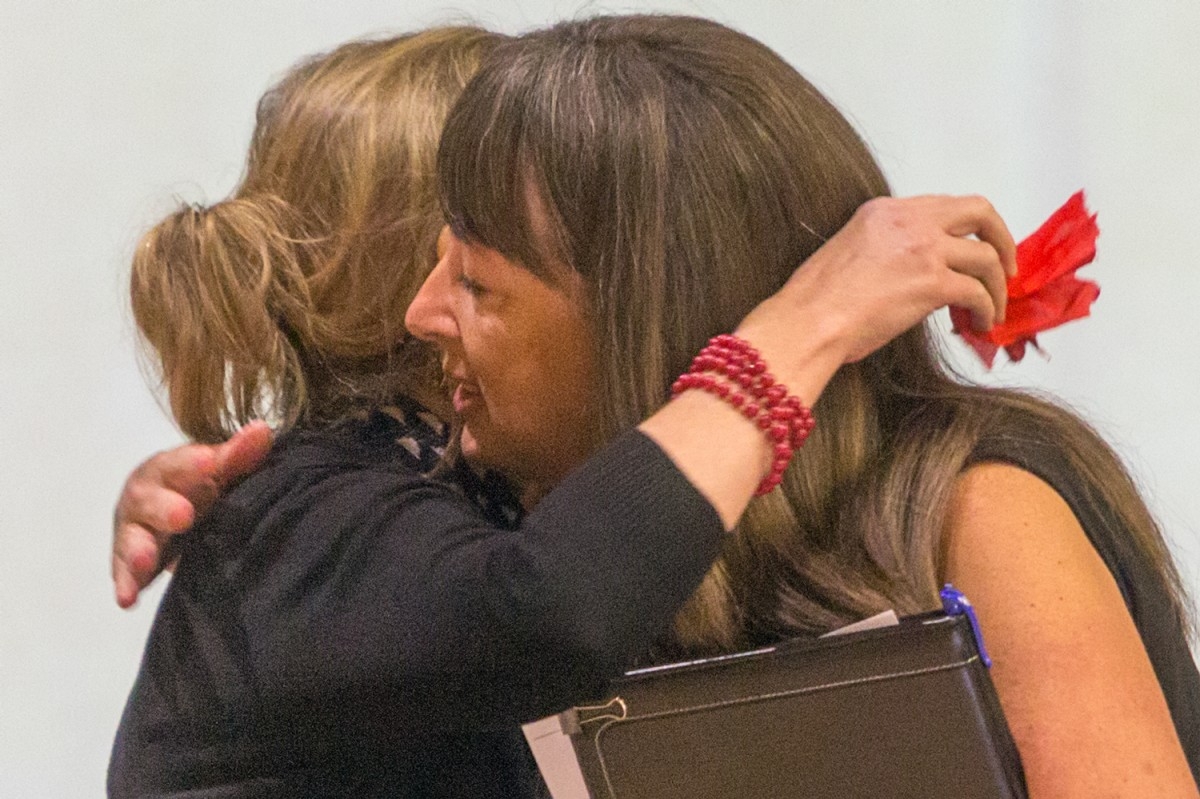 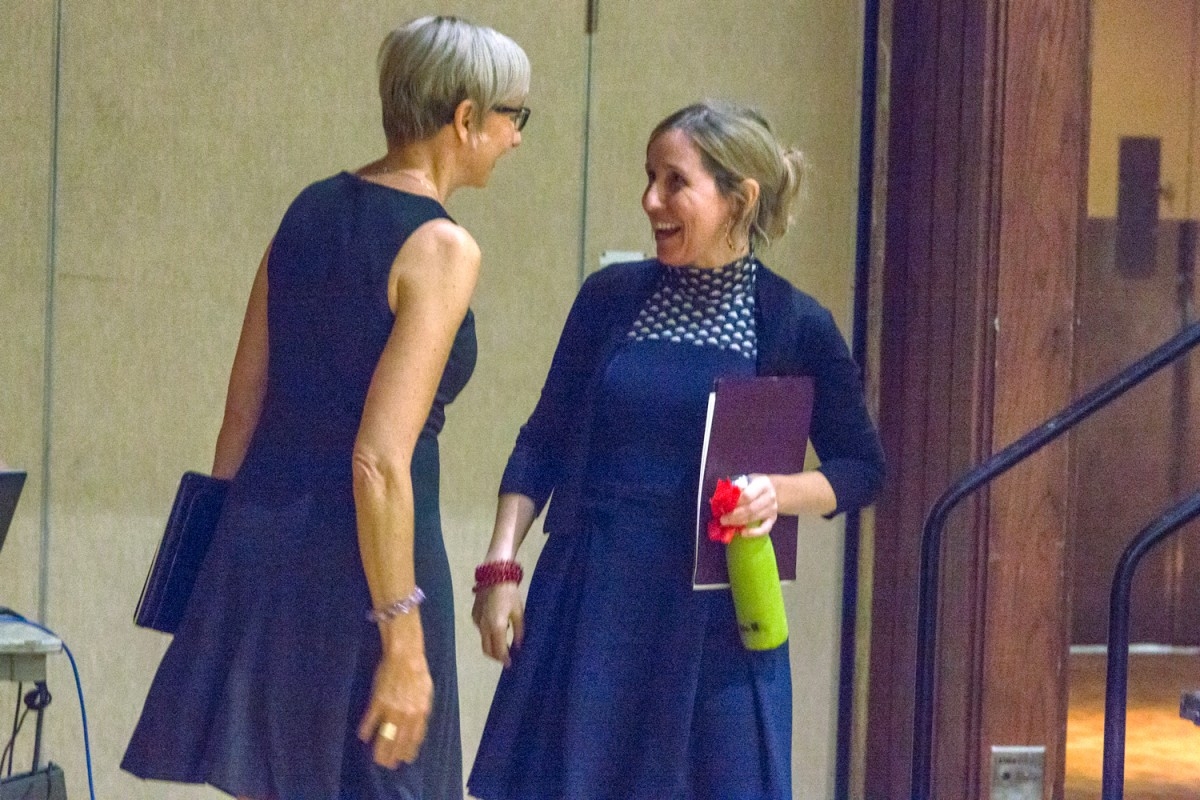 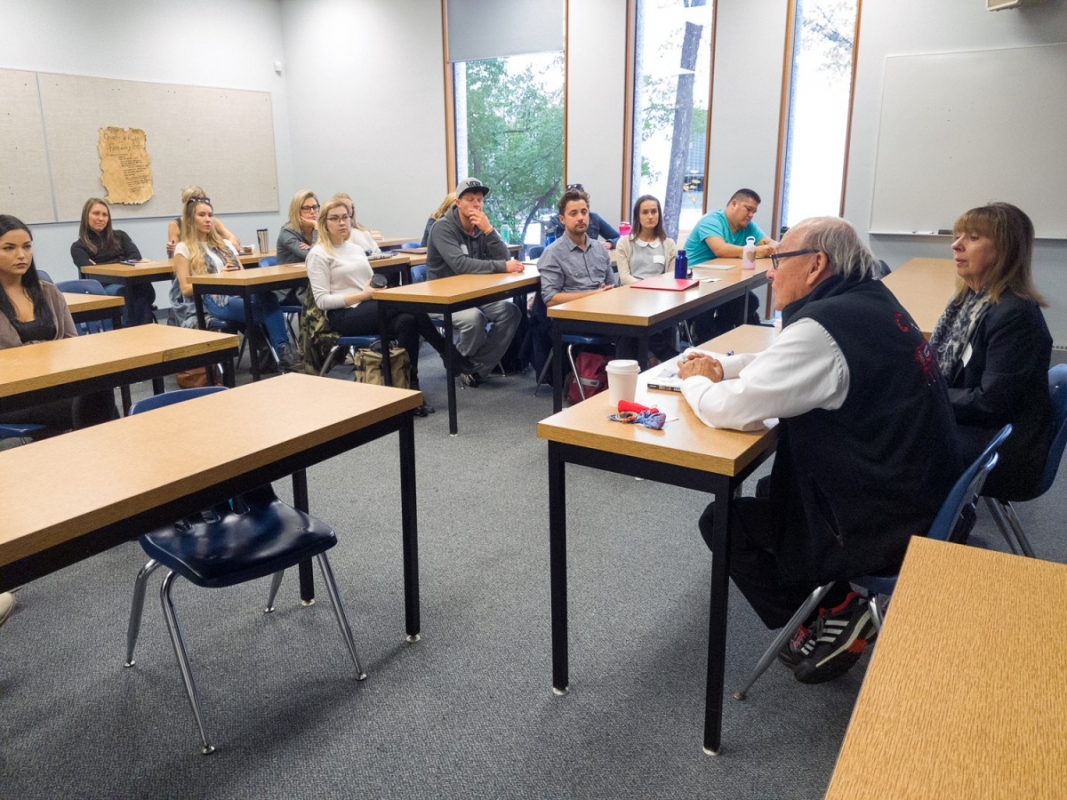 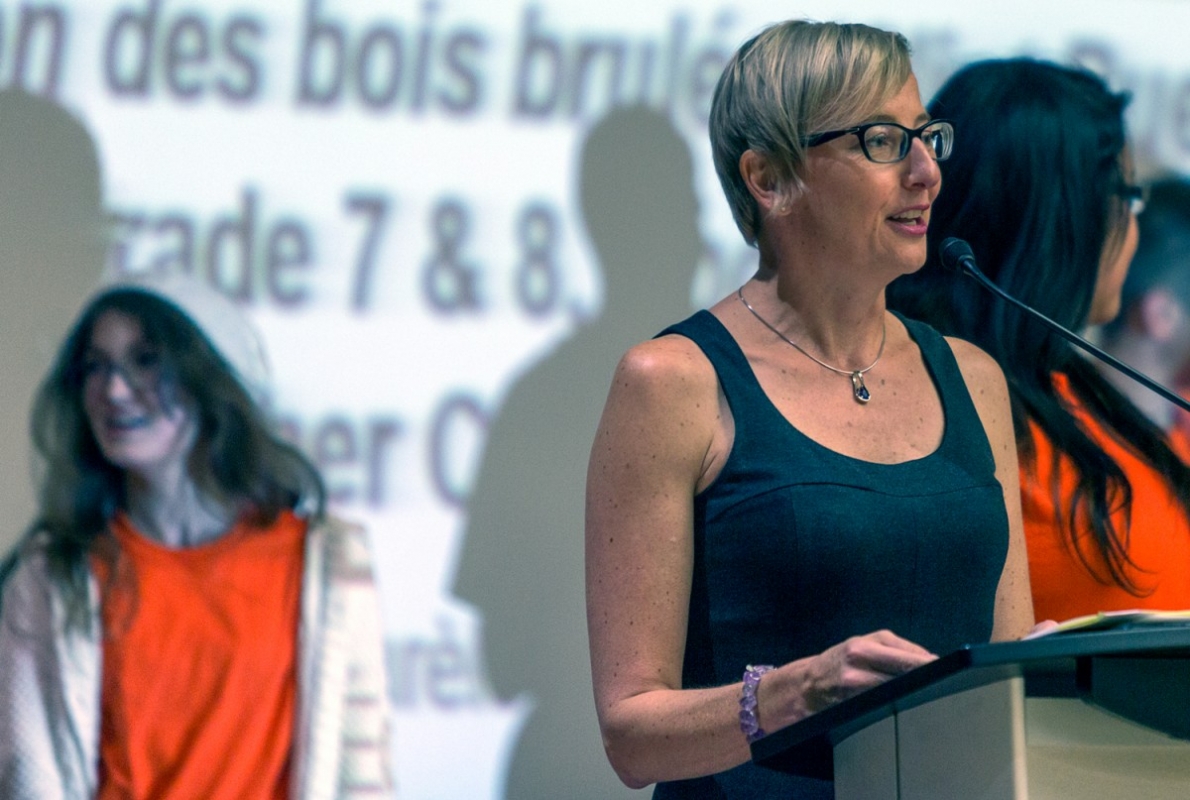 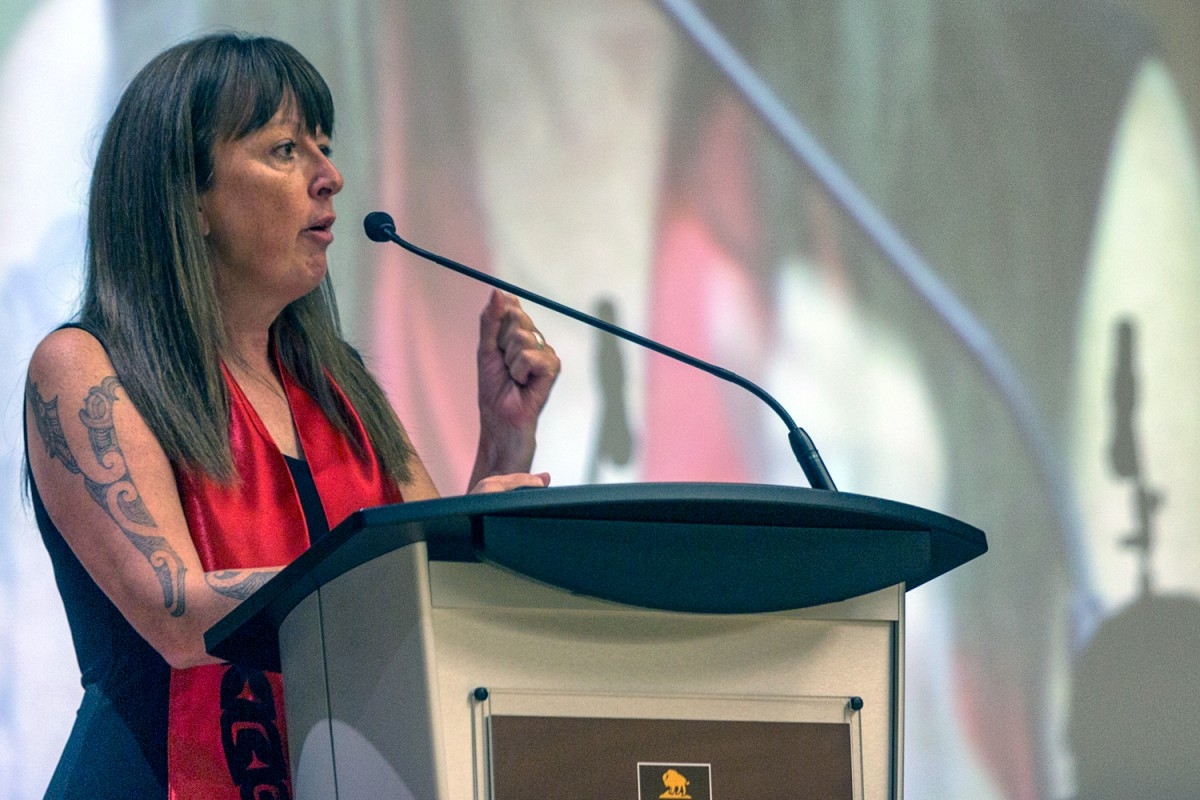 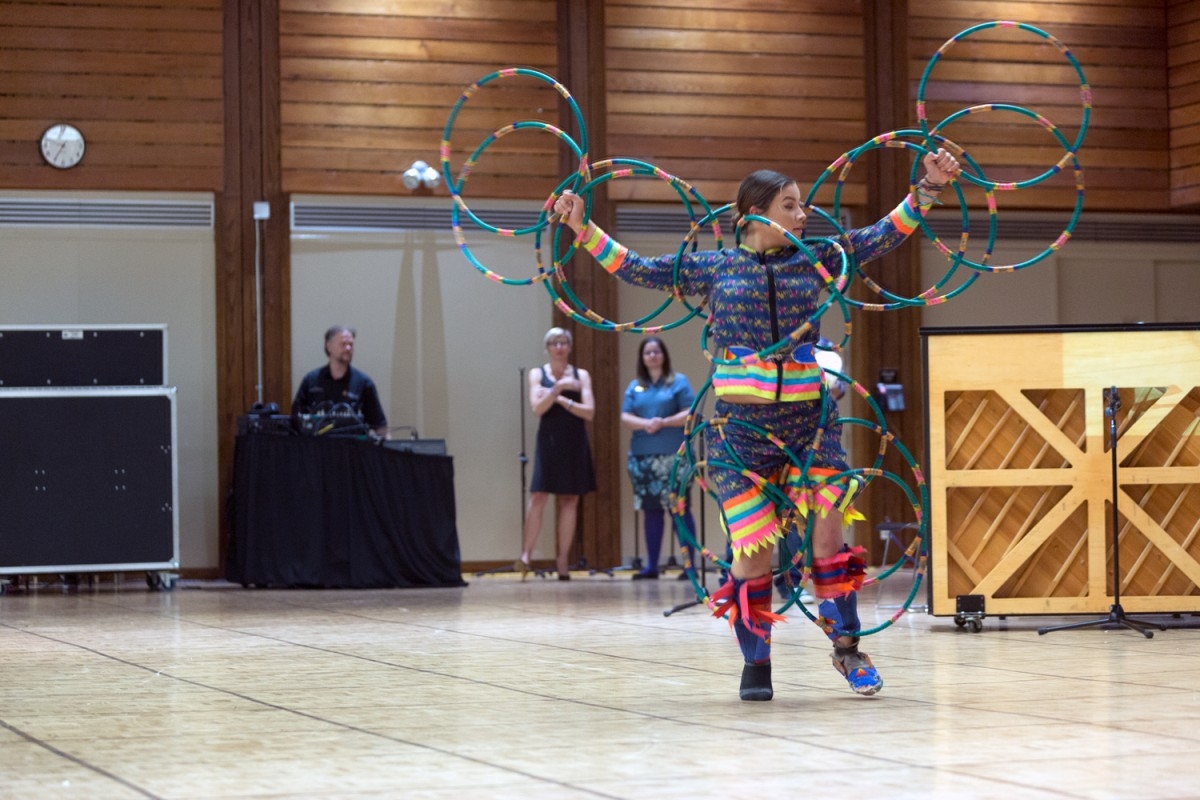 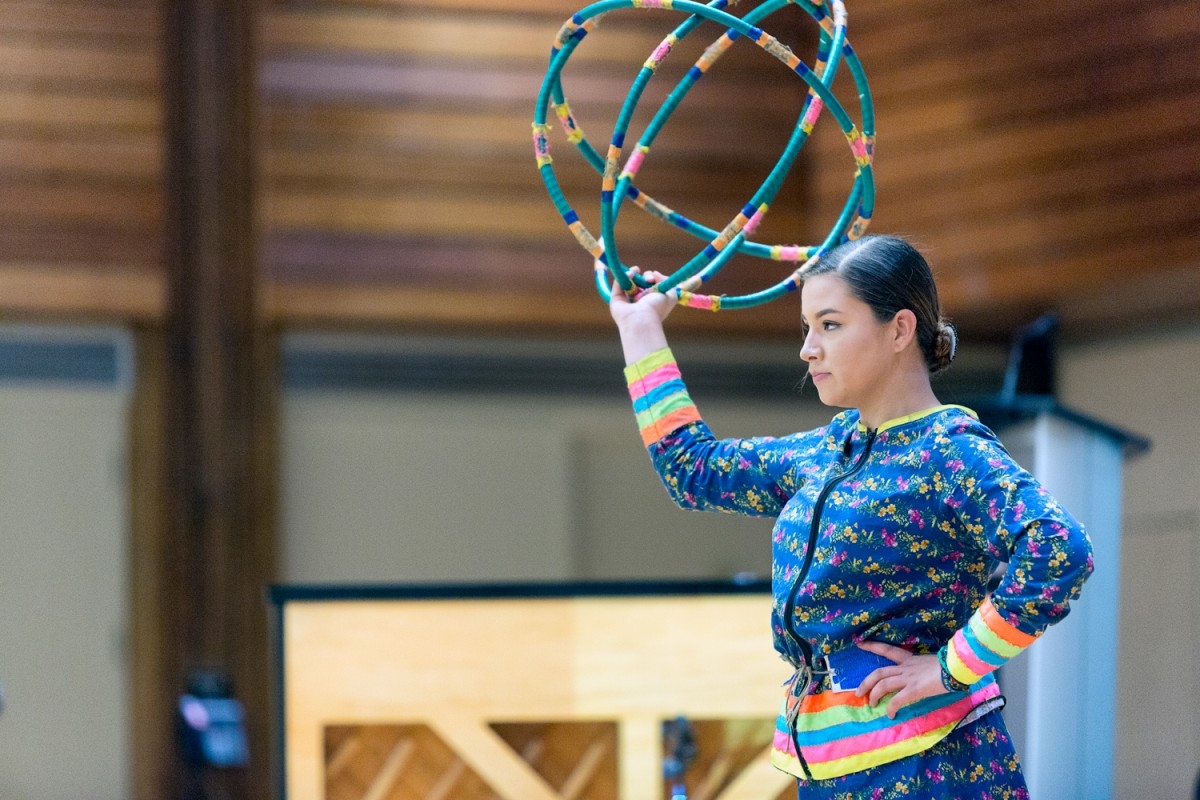 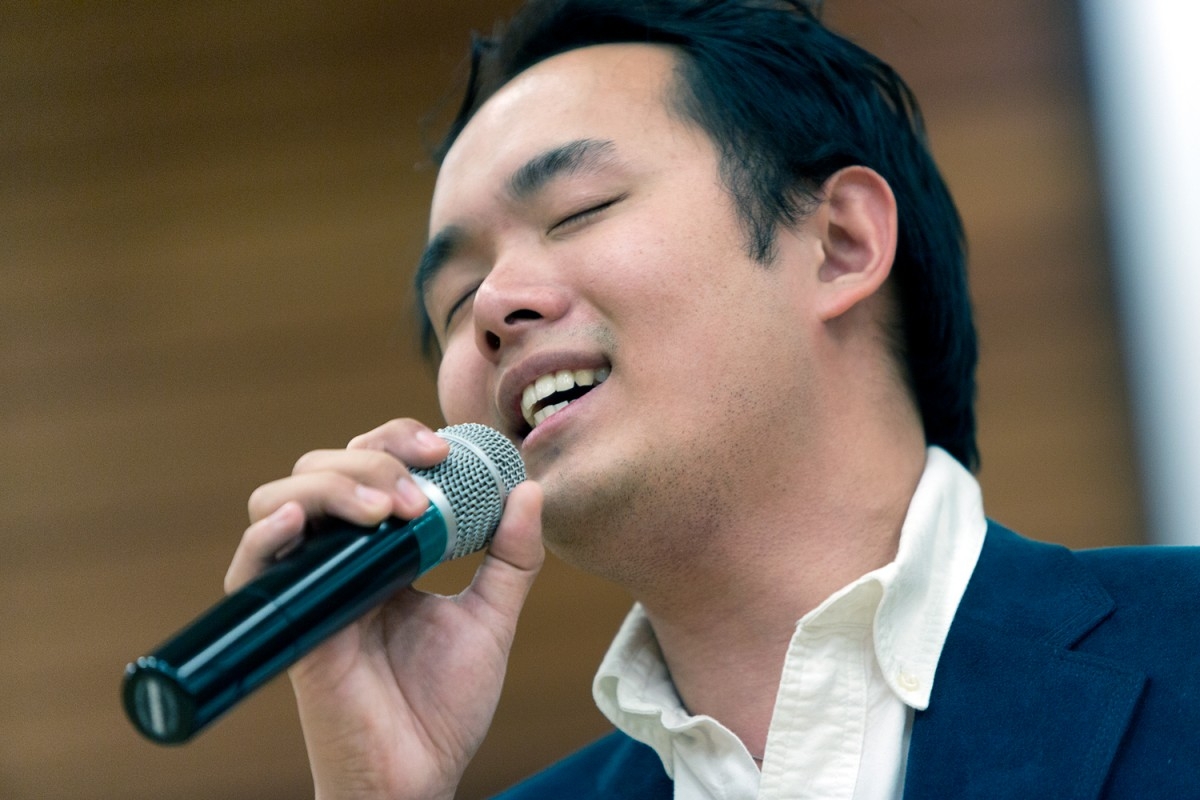