School of Art Gallery launches a new season of exhibitions and virtual events.

This Fall the School of Art Gallery, University of Manitoba launches a new season of exhibitions and virtual events. 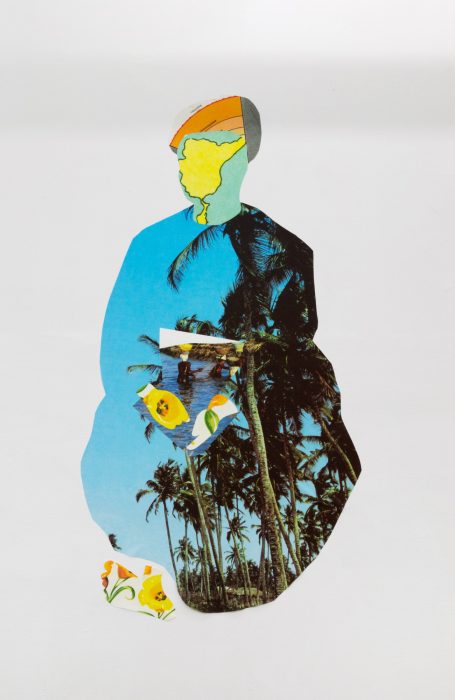 A work with seemingly limitless bounds, Anna Binta Diallo’s Wanderings is comprised of an expansive collection of human and animal figures referencing folk stories, primarily from the artist’s Senegalese and French Métis heritage. These figures are collaged from celestial and terrestrial maps and images, charts, diagrams, illustrations, and texts. Diallo draws from a vast archive, attesting to a collective impulse to describe, classify, and hierarchize, to make sense and order out of complexity and chaos, a process that is both deeply human and deeply flawed.

With each iteration of Wanderings, Diallo creates new narratives, teasing out affinities and disjunctures with and between mythologies and bodies of knowledge. Refusing to privilege one system over another, her work points to the ways they are connected, and to the complexity of human experience and identity.

Anna Binta Diallo is a Canadian multi-disciplinary visual artist who was born in Dakar, Senegal and raised in Saint-Boniface, on the traditional territory of Anishinaabeg, Cree, Oji-Cree, Dakota, and Dene peoples, and the homeland of the Métis Nation. She received a BFA from the University of Manitoba School of Art (2006) and her MFA from the Transart Institue in Berlin (2013). Her work has been shown in galleries across Canada and internationally in Finland,176 Taiwan, and Germany. In 2019, Diallo’s work was shortlisted for the Salt Spring National Art Prize and in 2021, was awarded the Barbara Sphor Memorial Prize from the Walter Phillips Gallery and the Black Designers of Canada Awards of Excellence. Her works are in the collections of the Royal Bank of Canada, Equity Bank, Scotia Bank, and private collections

Anna Binta Diallo Artist Talk
Free. Thursday, October 14, 7:00-8:30 pm CDT
Facilitated on Zoom and live-streaming on the School of Art Gallery, UM YouTube channel
Join us online for a talk by Anna Binta Diallo, who will discuss her art and research including her most recent body of work, Wanderings. ASL interpretation and close captioning available. Q&A to follow. 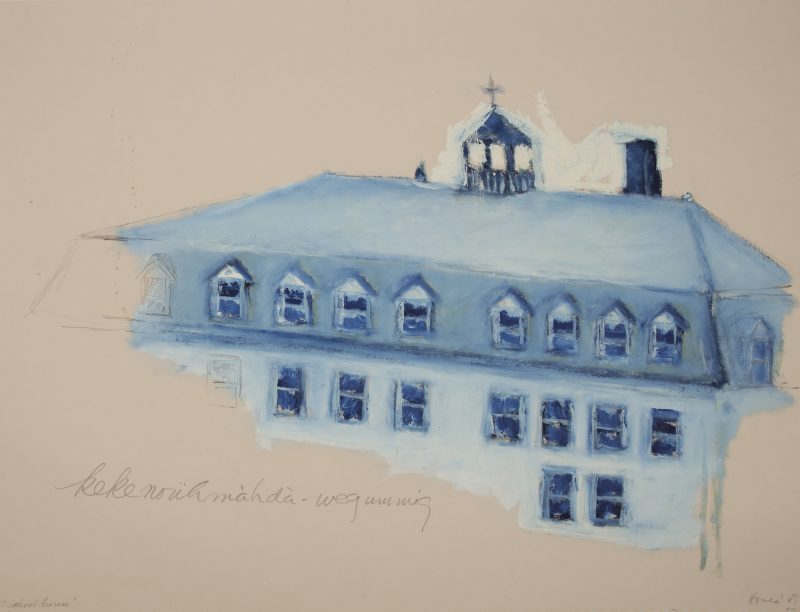 Robert Houle, schoolhouse from Sandy Bay Residential School Series, 2009, oil stick on paper. Collection of the School of Art Gallery. Acquired with funds from the York Wilson Endowment Award, the Canada Council for the Arts. 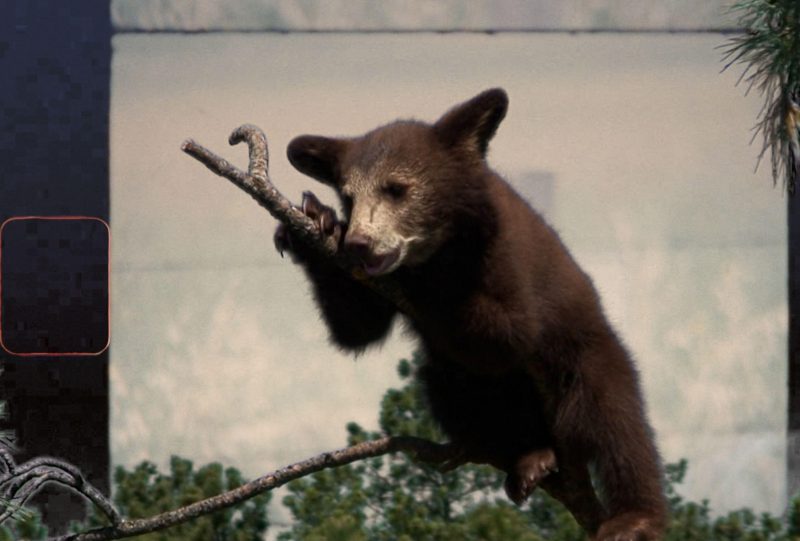 Weaving together family narratives and current thoughts on the pandemic, the ethics of representation, and the nature of the sacred, Thirza Cuthand discusses a medicine bundle which was used to heal the artist’s great-great-grandfather from a Gatling gunshot wound in 1885, and her grandfather from the Spanish flu in 1918. In this film, Cuthand reflects on the ways that the bear cub spirit contained within the since-buried bundle has continued to protect her and her family from the trauma and diseases brought on by colonization.

Starting October, the School of Art Gallery will be open late Thursdays from 10:00 am to 8:00 pm!