Some of the prizes for the Juris Doctor Class of 2020 have been confirmed and announced this week. We are pleased to share with the Robson Hall Faculty of Law Community, the names of graduating students who have won some of this year’s prizes. More prizes are yet to be awarded and will be announced at a later date. Meantime, please join us in congratulating the following Class of 2020 prize recipients: 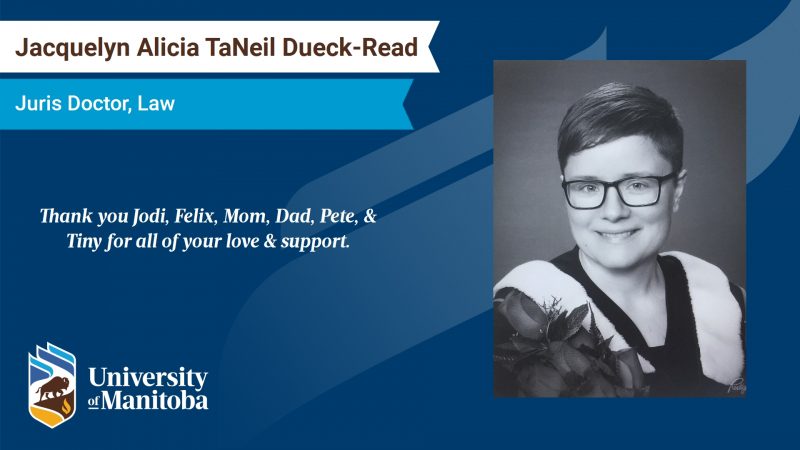 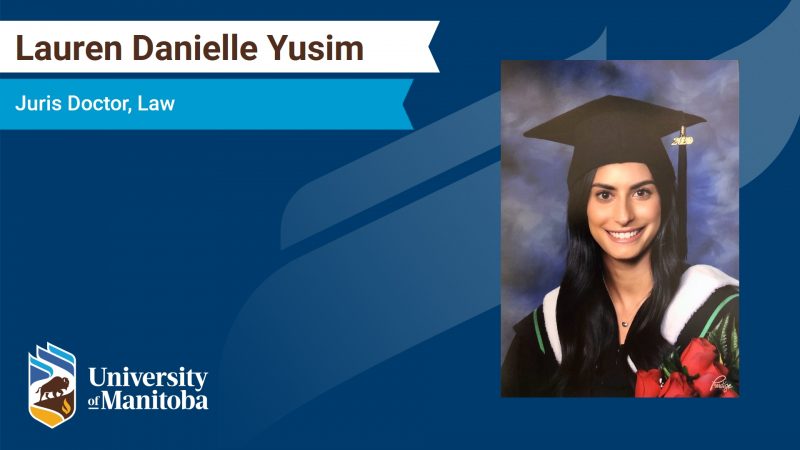 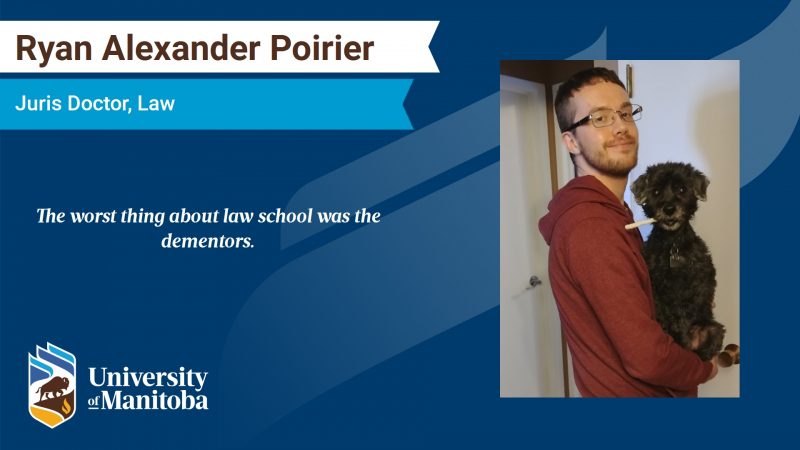 Class of 1980 Prize, for outstanding involvement in the extra- curricular activities of the Faculty of Law. 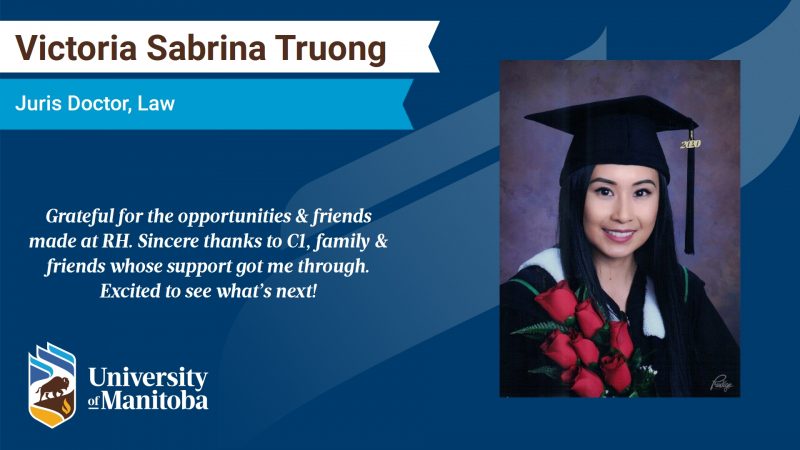 The University of Manitoba’s Faculty of Law professors frequently collaborate with scholars from other disciplines at other academic institutions, and this trend continues with the latest publication bearing the names of prolific legal researchers, Assistant Professor David Ireland and Professor Richard Jochelson, Dean of Law. Law and Disability in Canada: Cases and Materials is a comprehensive overview of – precisely what the title states. Ireland and Jochelson worked with four other academics and experts in the field, to develop this book which looks at the interactions of persons with disabilities with the law.

Sixteen teams of Faculty of Law students competed in the sixteenth annual Robson Hall Negotiation Competition on the evening of October 19th, 2021, in a virtual format. These third-year students were selected for having excelled in the Legal Negotiation course they took in their second year of law school. Due to their stellar performance, the negotiating team of Allison Kilgour and Anna Siemens were awarded first place. The runners up, who also did a tremendous job, were Alexander Barnes, and Alexandra Broggy.

An education with impact

Roberta (Bobbie) Whiteman had already worked in the child welfare sector for at least 10 years when she first learned about the new Master of Human Rights (MHR) program being offered at the University of Manitoba. On October 18, she graduates as a member of the inaugural Master of Human Rights program class her thesis already demonstrating potential to impact the work she does in changing lives.