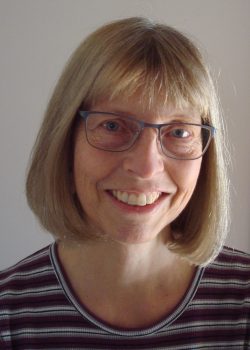 Dr. Verena Menec has been named a Distinguished Member of the Canadian Association on Gerontology (CAG), recognizing her dedication to improving the lives of older Canadians.

The professor of community health sciences in the Max Rady College of Medicine recently received the association’s highest honour at a (virtual) ceremony on Oct. 23. She has dedicated her career to improving our understanding of gerontological issues.

“Dr. Menec has been one of the most prolific and respected gerontology researchers in our country’s history and she has thankfully trained many students to her high standards,” says Dr. Digvir Jayas, Vice-President (Research and International) and Distinguished Professor at the University of Manitoba. “She is an insightful and rigorous researcher who cares deeply about her work and the people it impacts, which is almost everyone, as so many of us know, or are, older Canadians. The UM is honoured to have her as part if its faculty and we congratulate her on this well-deserved recognition from her peers.”

Menec, the director of the Centre on Aging at the UM from 2004 until 2014, was instrumental in many aspects of the global age-friendly movement from its inception with the World Health Organization. In Manitoba, for instance, she led a large team study which ultimately created a framework for age-friendly initiatives in communities across the province, and her work continues today. She is currently part of a Pan-Canadian project that brings together community-based organizations with the aim to enhance the social inclusion of at-risk older adults in Winnipeg; she is also the Manitoba site lead of the Canadian Longitudinal Study on Aging (CLSA), the largest study on aging ever conducted in Canada that will follow approximately 50,000 men and women between the ages of 45 and 85 for at least 20 years.

“Dr. Menec has contributed immeasurably to ‘furthering the objectives and activities of the CAG, and so is decidedly deserving of CAG’s highest honour,” says professor Michelle Porter, the director of UM’s Centre on Aging.

She is a former a Canada Research Chair in Healthy Aging whose publication record includes 89 peer-reviewed journal articles in top aging and gerontology journals, and 22 book chapters and other publications.

She has also served the Advisory Board of the Canadian Institutes of Health Research Institute of Aging from 2005 to 2011, and the Board of the CAG from 2014-2020, first as Chair of the Social Science Division and subsequently as Vice-President of CAG.

One comment on “Prof honoured for improving lives of older Canadians”