Why Physics is awesome

Cole Coughlin and Garrett Kozyniak, Class of 2022, UM Faculty of Science Graduates, have proven a degree in physics, whether theoretical or experimental can be very rewarding.

Cole Coughlin and Garrett Kozyniak, Class of 2022, UM Faculty of Science Graduates, have proven a degree in physics, whether theoretical or experimental can be very rewarding. 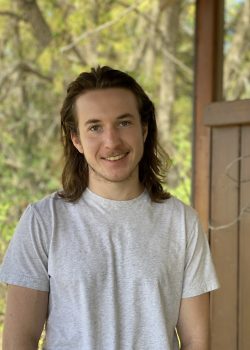 I would say science communicators like Carl Sagan, and Richard Feynman showed me that physics could lead us to answers to some of the biggest questions we can ask about the universe like did it have a beginning, and what is everything made of? My parents and teachers helped encourage my passion for science and math, and once I learned that being a scientist was a career that I could pursue, computer science and physics became an obvious choice as they were and remain my biggest interests.

I have always been interested in what makes the world tick and was admittedly the kid who would almost never be satisfied with any answer given to me and would keep asking ‘why?’  – until we got so far from the original question we would forget what it was all together. I remember being thrilled at how confusing quantum mechanics is and how the universe seems to behave in such a way that we never could have guessed if we hadn’t been forced to come up with the theory in order to describe what we see. Being a physicist allows me to wonder and learn about the smallest things we know of, and the size of the universe at the same time along with everything in-between. My interest in computer science stems from my love of technology and how it can be used to solve problems that we could not otherwise. Programming has turned out to be an invaluable tool for my studies in physics on top of being one of my favourite creative outlets.

What was the toughest challenge you had to overcome during your degree?

During the first few years of my degree, I had learned that I worked best in social settings that pressured me to focus on studying and my assignments, like the noisy part of the engineering library, or working with friends. When the pandemic moved us online, I had to learn how to rely on myself to motivate me to work and study, which was a challenge, to say the least. I have slowly gotten better at it and I am sure that being able to motivate myself to work when I need to will prove to be a useful skill in the future.

What will you remember the most about your experience at UM?

The Organization of Physics Undergraduate Students is the physics student group at the UM, and through joining and volunteering with the organization I have met some of the most incredible friends anyone could ask for. The friends I met encouraged me to run for vice president, and then president of the organization, which was an experience I am incredibly thankful for. Beyond providing free tutoring for undergraduates and exam cram sessions, OPUS gave me the chance to build a great group of friends to bounce ideas off of and support each other when we needed it most. I can’t wait to see where the friends I made will go and we will no doubt stay in touch far into the future, reminiscing about the good old days cramming for exams and struggling with our theses, and somehow having a great time along the way.

This September, I will be participating in the Perimeter Institute for Theoretical Physics, Scholars International Masters Program along with 25 other students from around 20 different countries, in Waterloo, Ontario. This masters program lasts 10 months and promises a fast passed education on all of the wildest concepts in physics, from quantum field theory to cosmology. I am beyond thrilled to be selected for the program and am looking forward to the challenge. After that, I will be looking to start my PhD, in the hopes of becoming a professor of physics one day and conducting my own research, as well as be able to teach and share my excitement about physics.

My advice for future students would be to try your best to get involved in the community that you are in. OPUS was there to help me through my degree with support from friends and being able to contribute as an executive of the organization was a rewarding experience. University is difficult, and in my experience much harder alone. So if you can, getting out of your comfort zone and trying to get involved with student groups was scary for me at first, but one of the better decisions I have made. 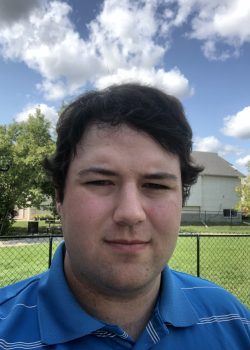 What got you interested in your Physics and Astronomy?

What got me interested in choosing physics as my major is the versatile knowledge gained that is applicable to other fields, such as biology, chemistry, and engineering to name a few. At the same time building essential skills in mathematics, coding, and critical thinking. All in all, a major in physics is very rewarding.

I have always enjoyed building things, especially electronics. Being able to theoretically predict outcomes of a device or contraption that you built, I find to be really powerful and interesting.

What was the toughest challenge you had to overcome during your degree?

Determining which branch of study I was truly passionate about in order to pursue further education. I was always interested in the mysteries and expansiveness of space, which is why I chose a distinction in astrophysics. However, it wasn’t until I took a class that was more hands-on that I found experimental physics to be more satisfying.

What will you remember most about your time at UM?

Since I am returning for graduate studies, what I remember most, so far, is how helpful and carrying my professors are, and their genuine interest in the success of their students. My supervisor is Dr. Can-Ming Hu, and I joined his spintronics lab in the department of physics and astronomy. For my honours thesis project, I used the theory developed by Group Hu to design an enhanced sensor using microwaves that can non-invasively detect blood glucous levels, and hopefully in the future, can be used as a convenient alternative for blood glucose monitoring for diabetics.

The primary reason I decided on this project was that I wanted to make a useful device based on the amazing research found in Dr. Can-Ming Hu’s lab. Eventually, I picked an enhanced sensing application that hadn’t been realized yet using the work done by Group Hu.

I am a planned Master’s student starting in the fall 2022 semester with the Hu research group that I joined during my Honours thesis where I aim to further my thesis work and participate in future research projects. I believe I can learn a lot more from Dr Hu, and his group.

Try your best and never give up then you will never disappoint yourself.

Class of 2022, Physics and astronomy, Research and International