When Ariel Gordon says she’s the new Writer-in-Residence (WIR) in the Buller Greenhouse, she’s not kidding. In fact, Gordon is the first-ever WIR in the greenhouse, based on her proposal to its staff and the Department of Biological Sciences after receiving a Self-Directed Residency grant from the Manitoba Arts Council.

Beginning in March and continuing until the end of June, Gordon will spend three days a week in the Greenhouse, gathering inspiration for a new art project. Not only that, she is assisting Bio Sci students, most recently in the Non-Flowering Plants course on Dr. Bruce Ford and Dr. Carla Zelmer’s assignment to write a popular science article on mosses, ferns, and liverworts. Over the coming months, she will also be writing social histories of some of the plants in the greenhouse.

While her position is newly created, Gordon herself is not new to the WIR process, or to science in general. She has a BA/BSc from the University of Winnipeg, along with a Bachelor of Journalism from the University of King’s College. Her mother was a scientist who worked as a radiation safety officer at hospitals and research labs around the city. Gordon enjoyed science so much she paired it with journalism since she felt both embodied a curiosity about the world and how it works, as well as a desire to share that knowledge. 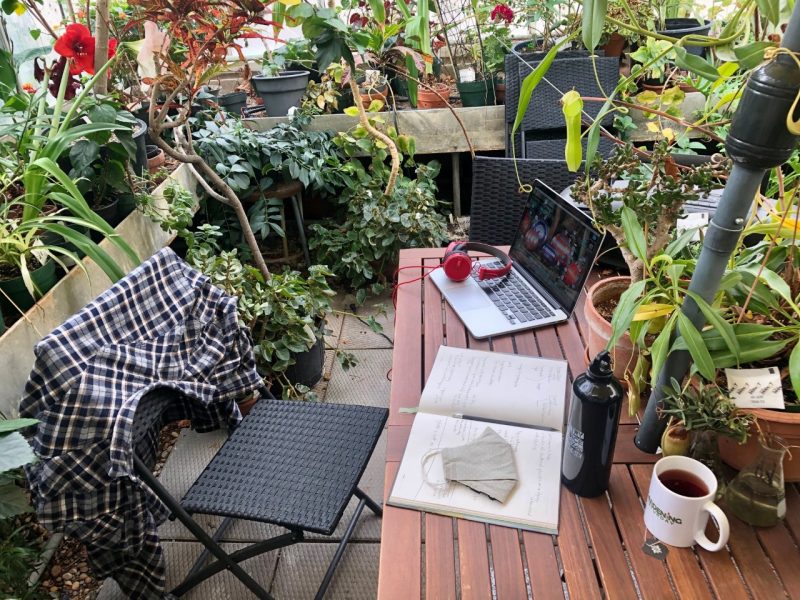 Gordon has done many residencies throughout her career, including stints at Hawthornden Castle near Edinburgh, Scotland, and here at the Winnipeg Folk Festival through their Prairie Outdoor Exhibition program. At the Folk Fest, Gordon hung poems in cottonwood on the edge of the Hand-Made Village and invited festival-goers to add their own thoughts, ideas, and confessions. This fall she’ll be doing an Artists in the Cabins residency at the Falcon Trails Resort.

Gordon’s current project, a poetry/photography collaboration with Dr. Erwin Huebner, professor emeritus and former department head in the Department of Biological Sciences came about at the suggestion of her publisher, Matt Joudrey. Joudrey had just published Gordon’s book of poetry, “TreeTalk” (At Bay Press, 2020) and he knew Huebner by virtue of consulting him about his own passion: butterflies. During their exchanges, Joudrey learned of Huebner’s micrographs, which are photographs produced using microscopes. Gordon explains:

“Erwin has been producing micrographs for a long time, so he had beautiful, fascinating, often abstract images of almost every bit of flora and fauna you could think of. Matt got Erwin and me together, proposing that we collaborate on a poetry/photography project that we’re tentatively calling ‘Formidable Mouthparts’, focused on insects found in Manitoba that are considered pests. He commissioned a book of this work, which is scheduled to appear in 2023.”

Gordon was already thinking about pests when she met with Joudrey and Huebner. Asked if he would be willing to work with insects that are considered pests, Huebner agreed, but with a caveat:  all the images he would provide Gordon would be unlabeled. She would have ideas with which to work, but no specifics.

In response to Huebner’s challenge, Gordon (while not an expert in biology or entomology) has broadened her knowledge by consulting scientific journals, even subscribing to ‘Entomology Today’. She then takes snippets of that material and incorporates those into her poetry.

Armed with 135 of Huebner’s micrographs of pest insects found in Manitoba, Gordon’s mission is to write poems that respond to these unlabeled, often abstract images. Called “ekphrasis”, Gordon deems the process of responding to art in writing “a pretty fascinating way of working!”:

“For ‘Formidable Mouthparts’, I open the folder of images Erwin shared with me. I flip through the images until I find one or two that call to me somehow, then I spend time looking at them closely. For each image, I’m writing an image description and something that looks like a standard poem. But I’m turning the image description, which is an accessibility function you often see online, into a poem. I’m using it to warm up my metaphorical muscles, coming up with a list of what the thing in the image looks like. Once that’s done, I try to guess which insect is pictured, knowing that I will probably not get it right, but trying anyway. Then I do research on that species or on a related issue. What damage, real or imagined, does that insect cause? Could we or should we be able to live with that damage, or is it too dangerous to be accommodated, like Lyme Disease in ticks/people or Emerald Ash Borer in ash trees?”

Gordon’s previous writings, mostly in TreeTalk and also 2019’s Treed: Walking in Canada’s Urban Forest (Wolsak & Wynn), focused on the urban forest, including the history of tree planting and boulevards in an area that would have consisted mainly of wetlands and tallgrass prairie prior to the arrival of settlers.

“There is a settler mentality that sees the organisms we share the city with as pests, that wants our green spaces to be tidy and ornamental. Those ideas lead to monocultures, which aren’t healthy or sustainable.”

When asked if the Covid19 pandemic has impacted her residency to date, Gordon references her daily routine:

“The first thing I do when arriving is to walk through the greenhouse, taking pictures of whatever catches my eye that day: blooming flowers, new leaves, sometimes even just the light through the windows. I have to be very careful to explain to my social media network that the greenhouse isn’t open to the public yet. Because people have been asking when they can visit — they’re as starved for the greenhouse as I was!” 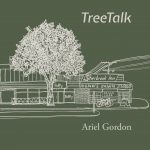 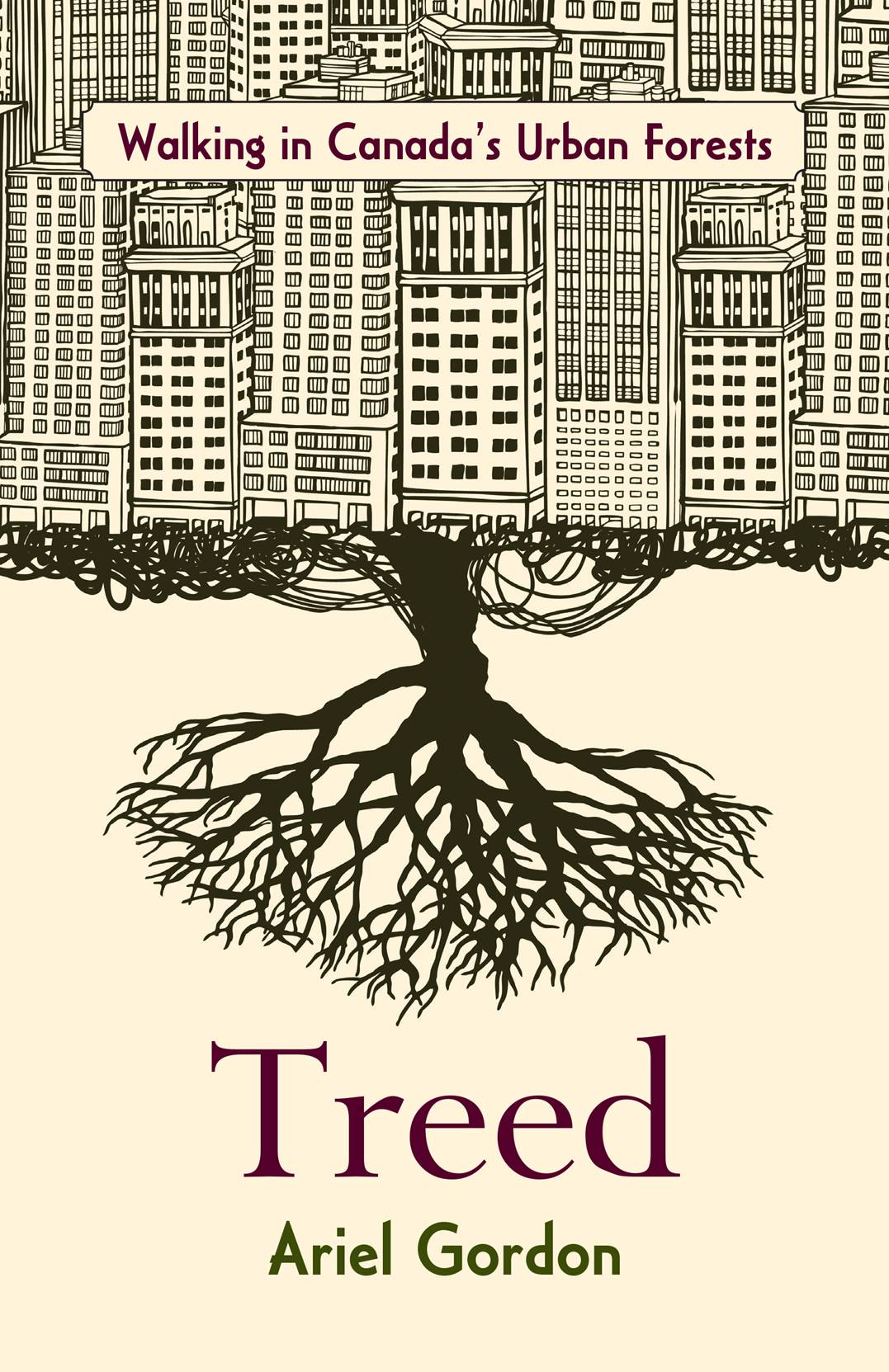