Life as a ‘Brog’: Susan Cooper’s love affair with math

In one of his most noteworthy lectures, famed mathematician and theoretical physicist Freeman Dyson once categorized mathematicians as being of roughly two types: birds and frogs. The ‘bird’ flies high over the mathematical landscape, looking at the bigger picture and finding ways to link concepts from different areas.  The ‘frog’ concerns itself with the intricate details of specific problems, working through each to arrive at a solution. Professor Susan Cooper sees herself as a hybrid, laughingly claiming the title of ‘brog’.

“I think most mathematicians are going to tell you that you truly need to be both [a frog and a bird] to be successful. You need a big, wide picture of what’s going on, you need to know how your work fits in with other people’s work, and you need a big picture to know where to go. You also need to … get in there and study and dissect and find examples and the research and the theory of one small piece before you move on.”

Mathematics is an ancient science, going back thousands of years. Euclid’s Elements, compiled by the Ancient Greek scholar around 300 BC, is considered one of the most successful and influential textbooks of all time. In light of such an impressive and longstanding legacy, Cooper sees the stereotype of the prickly, argumentative mathematician as having its roots in the pride many mathematicians take in creating solutions for others.

“Mathematicians are tool-makers.  We often develop very abstract tools that can be utilized for many different functions.  Being excited about the many functionalities of our tools, we often tell tool-users about all that the tool can do when the tool-user only needs or wants to hear about the one use they need it for.  This disconnect [might] make us seem arrogant. I would say that we’re misunderstood…We think very abstractly, but that’s the beauty of math:  that we think so abstractly so that it can be applied to so many different things.”

Cooper’s inspirations include celebrated late nineteenth century German mathematician David Hilbert, along with her post-grad advisor at Queen’s University, the late Dr. Tony Geramita. “My PG advisor played a big role when I started grad school. [H]e was very patient with me, and one thing that was great about Tony was that he never stopped me from studying what I wanted to study. He was like ‘Go for it, if you think you can do it’. And I’m sure he was frustrated with me beyond belief, but he never, ever told me I couldn’t do something. …He was fantastic for me, and he supported me throughout my entire career…. I would say that he definitely played a huge role in [me] doing what I’m doing.”

Somewhat surprisingly, Cooper was originally a Theatre major. She came to mathematics later on, and admits that it took her quite a while to understand the concepts and methods of the discipline. When it comes to explaining her favourite research topics:  algebraic geometry and commutative algebra, Cooper chooses her words carefully.

“A basic, basic, basic description I would give [a layperson] is that [these subjects] study the roots of polynomials from two different points of view. A polynomial … has a geometric point of view, but there’s also a description of [it] algebraically… What I like to do is take a collection of those types of polynomials, and find where they cross, where do they vanish… at what points are they zero when you plug in the points.”

When it comes to community outreach, and an opportunity to share the joy and beauty that is the study of mathematics, Cooper has happily invested her time and energy over the years. Working directly with students and teachers in particular has found a special place in her heart.

“I’ve been involved a lot in outreach activities with K to 12 education, teachers and students alike, and I think my greatest contribution is simply … my interactions with them…. [T]hey have a fantastic foundation and programs … at the University of Nebraska. The first program that I got involved in … is ‘Math in the Middle’. It’s for middle school teachers [and the] idea was to invest in the teachers and their education. So it’s for middle school teachers to earn their Masters’ degree… I think it’s those activities that were contributing in ways that are unique … that I really enjoy.”

Cooper’s enthusiasm for her discipline is obvious. Equally obvious is her dismay when asked about the stereotype of girls not being particularly good at math. She decries Hollywood’s role in perpetuating the myth that females just don’t have what it takes to excel at math.

“I’d like to believe and I do think it’s true that it’s changing. You know, there’s programs like ‘All Girls, All Math’ where girls can get involved and see that they can do math…. One thing that worries me is you get this kind of attitude that girls and math don’t mix and then those girls [might] become teachers and sometimes they pass on that message. I worry that it’s just a message, as opposed to [individual] capabilities…

“Everyone has something that they excel in, and it just makes me sad that we have this stereotype that ‘oh, I’m a girl, so therefore I can’t excel at math’. No. Of course you can. And the thing is that math is such a huge field with all of these sub-disciplines, that maybe there is something in there that you’re really good at. You just have to find it. You have to find your niche.”

As with most things in life, Cooper believes that anything worth having doesn’t come easily. Her journey from theatre major to professor of mathematics, for example, was not without its challenges.

“Everyone is going to struggle at something. Even as a mathematician…it took me a long time to understand the beauty of mathematics… [and] to start developing an expertise in [my field]. But here I am. I did it. …If you enjoy it, heaven forbid you think you shouldn’t be doing it because you’re a female.” 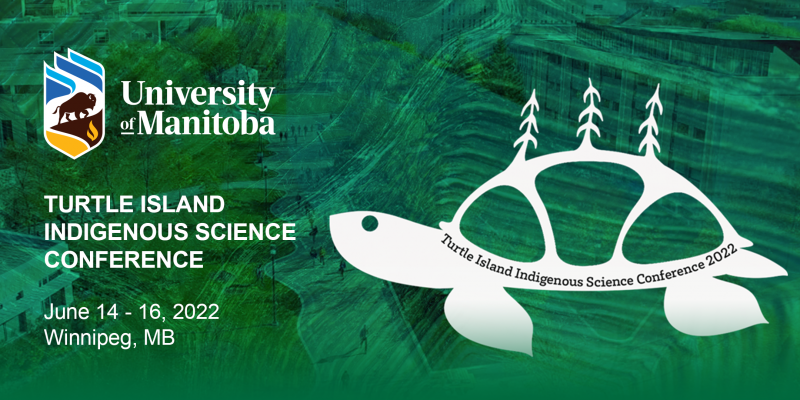