Cattle perform the duties Bison once did, saving grasslands habitat for songbirds and others // Photo: Emma McGeough

Are beef burgers bad for the environment?

Measuring the complete environmental footprint of that beef burger sizzling on the grill is complicated.

For that beef to get to your backyard barbecue, yes, greenhouse gases were emitted, but carbon dioxide was sequestered into the soil. That burger may also have protected a natural landscape, provided crucial refuge for endangered birds and boosted biodiversity in as-yet-unknown ways.

The pros and cons of beef production and products confound consumers but this article will not delve into nutritional debates. Instead, it will try to tell a larger story about environmental issues eco-conscious consumers should consider.

Usually, only the environmental downsides of beef production receive attention. Plant-based meat alternatives such as Beyond Meat understandably focus on this in their marketing: “Our belief is that the best way to get people to eat less meat is by giving them what they love…without so many of the health, sustainability, and animal welfare downsides of a traditional animal-based burger,” the company writes on its website’s FAQ page. (Please note, this article’s writer regularly buys and eats both beef burgers and Beyond Meat patties.)

“How can you compare beef production to pea or soy farming [which are used in veggie burgers] in meaningful ways,” wonders Kim Ominski, a professor and associate head of the department of animal science who studies cattle production in agricultural ecosystems.

In collaboration with colleagues Getahun Legesse and Emma McGeough at the University of Manitoba, as well as researchers from Agriculture and Agri-Food Canada in Lethbridge, Ominski published a paper in Agricultural Systems noting that a kilogram of beef grown today in Canada produces 15 per cent less greenhouse gases than a kilogram of beef grown 30 years ago would have emitted. This improvement is thanks to increased efficiencies in the production system.

“The concern of the general public is certainly around cattle and greenhouse gas emissions, and the size of the carbon footprint. Our initial work was to calculate the footprint of beef raised in Canada. But now we are taking a more holistic look at these other merits of the production systems which aren’t included in that footprint,” she says. 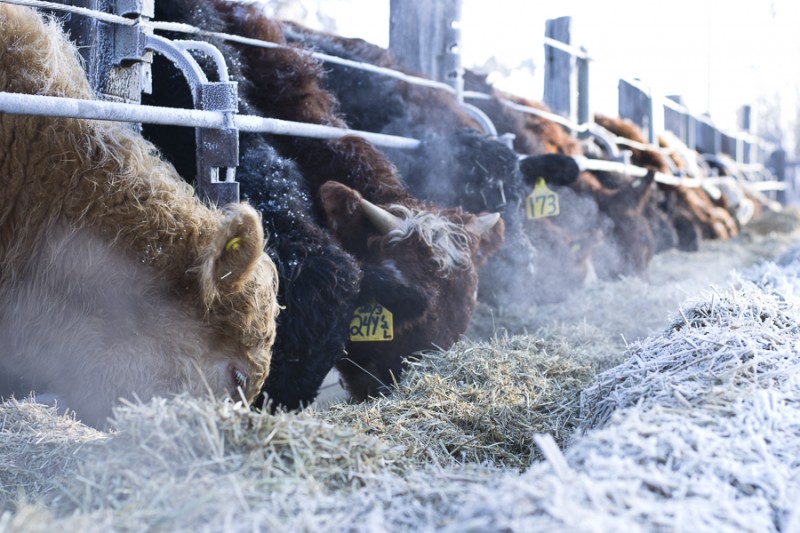 How, she wonders, do you account for the products you get from cattle other than meat: leather, pharmaceuticals, and manure—the latter of which is a vital source of nutrients for crops. If you include these products, you have to adjust how you talk about the carbon footprint of all products from beef, because it’s more than just meat that is being produced from the same carbon inputs.

But even accounting for this, on a global scale, the carbon emissions are considerable. The world has 1.5 billion beef and dairy cows and their burps release methane, a greenhouse gas that has 25 times the heat-trapping capabilities than carbon dioxide (although methane remains in the atmosphere for about 10 years, whereas carbon dioxide can linger for hundreds of years). Advancements in animal health and nutrition have—and continue to—decrease methane output, but it will remain at significant levels for decades unless global demand tempers.

Steven Chu, a Nobel Laureate in physics, noted at a lecture earlier this year at the University of Chicago, and reported in the New Yorker, that “if cattle and dairy cows were a country, they would have more greenhouse gas emissions than the entire EU 28.”

But not all cattle production systems are greenhouse gas equals.

“People want a silver bullet to solve the environmental concerns involving agriculture, but none exists because every system operates under different constraints on different landscapes, with different water cycles and plant and soil types and so many other factors,” Ominski says. 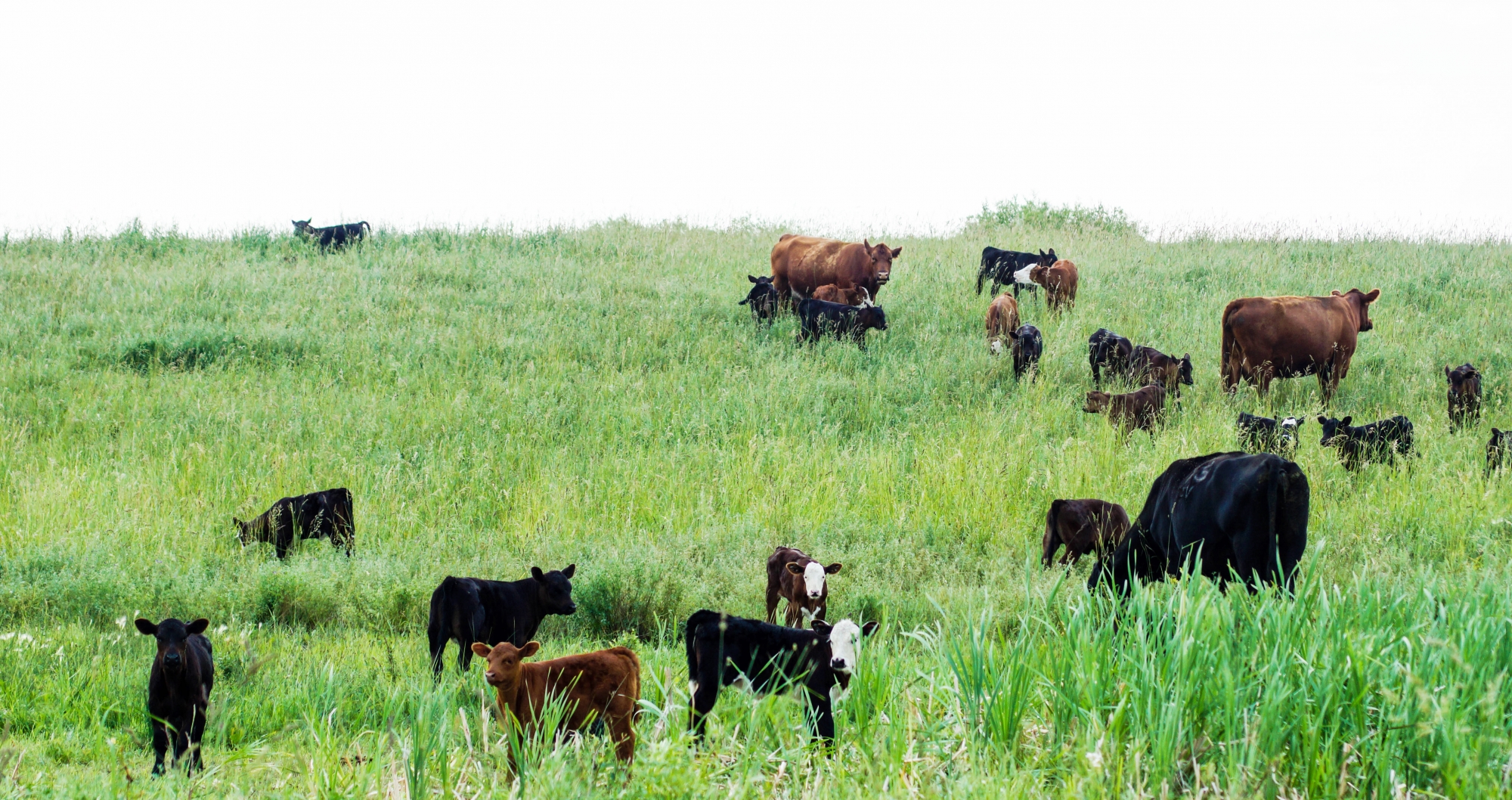 “The big problem with cattle grazing is if you are cutting down or burning forest in order to raise cattle—which is one of the current problems resulting in extensive burning in the Amazon right now. In that case, you would be losing habitat in order to raise beef on a grassland that never would have been there historically,” Nicola Koper, an ornithologist in the UM’s Natural Resources Institute, writes to UM Today (emphasis hers). “However, if you put beef on a native grassland in Manitoba, Alberta, Saskatchewan, or in the American Great Plains, by raising cattle you are protecting habitat from conversion to another habitat type. It’s a completely different conservation scenario…. This is because the North American Great Plains evolved in the presence of disturbance by either fire or native ungulates (bison, other grazing mammals).”

But cattle perform this task now, helping maintain native grasslands, which is a boon for many birds.

Many bird species, such as our Threatened Chestnut-collared Longspur (threatened federally and endangered in Manitoba), are dependent on the short vegetation associated with grazing, Koper notes. Having cattle on the landscape ensures that grasslands have an economic benefit and prevents their likely conversion to croplands. Few of our grassland birds can reproduce successfully in croplands.

What’s more, the Manitoba government offers a program to help ranchers reclaim derelict land. Kristine Tapley [BSc(AgEcol)/12, MSc/16] and her husband Graham [BScAgric/11] have benefited from the program and turned an old quarry near Langruth, Man., into pasture land, planting thousands of revitalizing grasses. These grasses take carbon out of the air.

“We can’t make more land, we just have to figure out how to use our landscape so we can get all the benefits,” Tapley says in a video for Ducks Unlimited.

Grazing promotes grasses to grow larger roots, which is where carbon sequestration, occurs.

“When the plants are actively growing, they are sucking carbon out of the atmosphere and they’re putting it below the surface in this stable form of carbon,” Ominski says. “Cattle are also turning low-quality forage—things humans can’t eat—into high-quality protein.”

Some ranchers have equated pastures to rainforest. A healthy pasture has legions of grass species supporting countless insects and the birds that prey upon them.

“How do you capture the value of biodiversity?” Ominski asks. “We haven’t even begun to understand the full picture of cattle and forage sectors but that is something we are looking into. What risks do we take if we use one environmental measure, like greenhouse gases, to make future decisions regarding Canada’s vast grassland and the cattle that use them? We need a balanced approach with research that provides a holistic assessment of the best ways in which we use our resources to produce food.”

Ominski and her graduate students recently spoke with people at Open Farm Day when a record 900 people visited the Glenlea Research Station. Many questions Ominski fielded were from people trying to understand agricultural practices.

“It seems fewer people know about farming these days and they want to know more, and many are curious about meat,” Ominski says. “My job isn’t to convince you what to eat, it’s to provide information and help you think critically about the food we eat and produce. And we know one piece of the puzzle, but we’re just starting tell the whole story.”

3 comments on “Are beef burgers bad for the environment?”