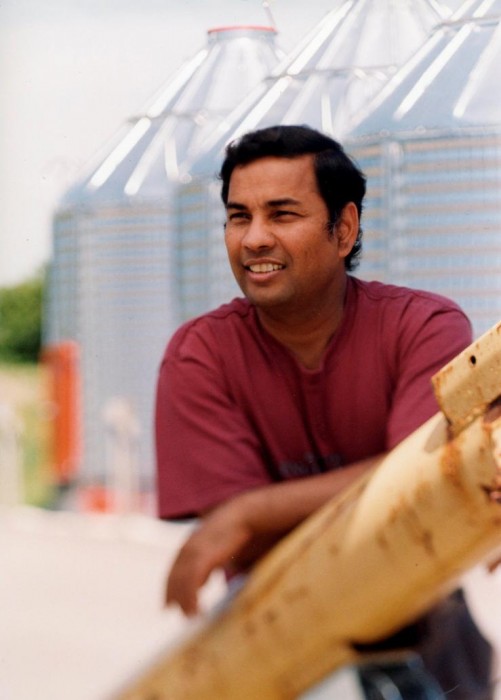 Distinguished Professor Digvir Jayas, vice-president (research and international) at UM, has received the 2019 Sir John William Dawson Medal from the Royal Society of Canada. This award is given biannually to recognize important contributions of knowledge in multiple domains.

“Dr. Jayas has integrated principles of engineering and biology to revolutionize our understanding of grain storage and made major contributions to improving the practice of grain storage throughout the world,” says Dr. David Barnard, president and vice-chancellor of the University of Manitoba.

“It is an honour to receive this award that recognizes the accomplishments and impact of my research program, which would not be possible without the hard work of every graduate student I have been blessed to work with,” Jayas says. “It’s a privilege to work with them, and with so many wonderful colleagues around the globe.”

For over 30 years, Jayas has been a world leader in research on stored-grain ecosystems. His work reduces losses in grain quality and quantity during storage in agricultural systems around the globe. He has authored or co-authored over 900 articles including 400 peer-reviewed manuscripts in his field, and these help form the basis upon which storage recommendations are made throughout the world.

Jayas, a former Tier 1 Canada Research Chair, leads the development of 3-D mathematical models to predict heat, moisture and gas transfer, and movement of insets in stored grains. He also pioneered the concept of drying grain by forcing air horizontally rather than vertically to reduce energy costs during the drying process, resulting in more uniformly dried grains. Such systems conceptualized by Jayas are now sold worldwide. He has also designed a “Grain-o-bot” to assist in the automation of grain handling without cross-contamination of grains.

His research touches the lives of virtually every human on this planet and he has received numerous awards and honours, including being appointed as Officer of the Order of Canada in 2018.

He will receive this latest honour at an official ceremony in Ottawa on Nov. 22.

Awards, Faculty of Agricultural and Food Sciences, Research and International

One comment on “Grain researcher recognized by Royal Society of Canada”