The following op-ed was published on March 18, 2021 in the Globe and Mail by University of Manitoba Faculty of Law Assistant Professor Brandon Trask.

With governments working to roll out COVID-19 vaccines more broadly, some Canadian jurisdictions are considering “vaccine passports,” which would be proof that the holder has been vaccinated. These documents would be intended to facilitate international travel. But we must be vigilant against any efforts to deploy them domestically that would discriminate against people who have not been inoculated.

Provinces’ musings on the issue have been all over the map. Manitoba Health Minister Heather Stefanson quite rightly made clear that “employers and other parties should not be requesting proof of immunization for any purpose.” On the other hand, Ontario Health Minister Christine Elliott has said that vaccine passports are “going to be really important for people to have for travel purposes, perhaps for work purposes, for going to theatres or cinemas, or any other places where people will be in closer physical contact.”

In essence, some governments appear willing to shame or coerce people into being vaccinated through a domestic vaccine passport regime – one that would result in the exclusion of unvaccinated individuals from some everyday activities, effectively making vaccines the required cost of living in society. 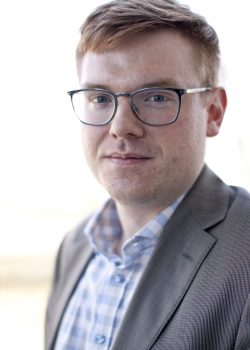 Brandon Trask is an Assistant Professor at the Faculty of Law, University of Manitoba. Photo Credit, Dr. Amar Khoday.

From a public health perspective, it is fair to say that governments everywhere would prefer to make COVID-19 vaccines compulsory. The United States has a long history of such regimes; mandatory vaccination has been deemed constitutional by the U.S. Supreme Court as early as the early 20th century. However, in Canada – where we don’t have such a history, and where governments tend to place more of an emphasis on citizens volunteering to act in the common good – directly mandating vaccinations is likely impermissible due to the Charter, which guarantees the right to life, liberty, and security of the person. If governments were to proceed with directly mandating vaccinations, they could cite section 1 of the Charter, which declares that rights and freedoms are subject to “reasonable limits” that can be “demonstrably justified in a free and democratic society.” But it is unlikely that such an argument would be successful, at least at this stage, as it is not yet definitively proven that vaccines prevent individuals from being carriers of COVID-19. And many exemptions would need to be permitted.

However, under a domestic vaccine passport regime – intended to be an indirect way for governments to force vaccines upon the population – the responsibility for checking such documents (which would constitute the gathering of private health information) and enforcing societal exclusion for unvaccinated individuals would fall to the private sector, which includes employers, stores, restaurants and service providers. Private-sector actors are not bound by the Charter. While they must follow applicable provincial human rights codes, it is unclear whether these protections – which vary by province – would be sufficient in all cases to guard against health-related discrimination, based upon whether an individual is willing or able to produce a vaccine passport.

Proceeding in this manner would also send a terrible message. By developing a vaccine passport and endorsing or tolerating its use for domestic purposes by the private sector, a government would effectively be trying to do through the back door what is not permitted through the front.

As Canadians, are we okay with provinces creating a system that actively discriminates against individuals based upon health-related circumstances and characteristics? Our existing legal principles and rights would indicate that we are not. Unfortunately, there have been many examples throughout Canadian history where we have abandoned our principles in difficult times – and our courts have not always stepped in to offer protection for those who have been oppressed as a result. For instance, Indigenous communities seeking to protect their lands and community members have repeatedly been failed by a legal system that neglects to consider foundational Indigenous legal principles. Additionally, the horrific use of internment camps within Canada during the Second World War was upheld by Canadian courts, along with the deportation of Japanese Canadians.

Rather than attempt to impose vaccine requirements on the population – whether overtly or covertly – governments need to focus on developing strong education campaigns so that individuals can make an informed decision to, one hopes, act for the common good.

I, for one, will certainly opt to receive any COVID-19 vaccine when it is offered, but I have no intention of providing a vaccine passport to anyone other than for international travel purposes. A healthy Canadian society is – and must stay – a free and democratic one.

Brandon Trask is an assistant professor of law at the University of Manitoba.