The front page of the Winnipeg Evening Tribune on October 11, 1918, announcing the lockdown of Winnipeg due to the Spanish Flu has many parallels to today's news

As the University of Manitoba continues its closure of buildings and cessation of in-person classes today because of the COVID-19 pandemic, the present situation echoes what happened during the Spanish Flu pandemic of 1918-1920, more than a century ago.

Dr. Lea Stirling, head of classics, worked with her student Illya Stasica-Fogg on documenting the effects of Spanish Flu on Winnipeg in 1918

A research paper written by third-year undergraduate history and classics student Illya Stasica-Fogg in conjunction with her professor Dr. Lea Stirling, head of classics, shows that the University of Manitoba has been through this before.

The paper, titled, “The Varsity and the Virus: The University of Manitoba and the “Flu-ban” in 1918,” notes that classes were cancelled for seven weeks in 1918 to protect students and staff, much like what has transpired today.

As the COVID-19 pandemic continues, countries have closed borders and medical experts have recommended we all practice “social distancing” whenever we have to venture outside our homes. For large institutions such as universities, this has meant cancelling in-person classes and moving instruction and educational services online.

Anxieties are increasing and headlines in mainstream and social media posts are dominated by discussions of prevention methods, medical information about testing and treatment, and updated statistics. But life goes on.

Long before 2009’s A(H1N1) pandemic and SARS in the early 2000s, the 1918-1920 influenza pandemic (often called the “Spanish Flu”) was a close parallel to our current state of affairs. Despite the passage of a century, reactions to the spread of disease in a time before social media are remarkably similar to trending news today, as is the urgency in preventing the spread of disease. 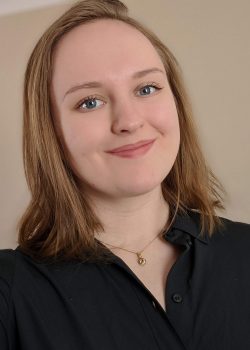 Stasica-Fogg and Stirling had been researching the early history of the classics department when the decision to stop in-person classes was made.

Just as emergency messages about the UM switch to online teaching began a month ago, they had been reading documents in the University of Manitoba Archives from 1918-1919 and came across an eerily similar situation for students and faculty a century ago.

During the last weeks of the First World War, influenza reached Western Canada. On September 30, 1918, a troop train arrived in Winnipeg carrying returning soldiers, three of whom were carrying the virus. They were immediately isolated, but by October 10, two of the soldiers and the first civilian had died.

As a reaction to the rapidly spreading virus, cities across Canada banned public meetings in what was called a “flu-ban” and took further steps to mitigate the spread of infection. However, life went on – just in a different fashion. People wore gauze masks while tending to the ill, maintaining the daily functions of life, in an astoundingly similar parallel to today.

Instructions for making DIY face masks were published in the Winnipeg Evening Tribune on October 11, 1918

The University of Manitoba cancelled its classes for seven weeks beginning October 11, 1918. Grades and assessment methods had to be re-evaluated, and procedures of instruction had to be reconsidered. As staff scrambled to mitigate the impact on the academic year, “modern” forms of communication were used for students to keep up to date with their courses and in touch with each other. These included student and city newspapers, mail and even the “newfangled” telephone. The Registar’s office mailed out “leaflets for the direction of home reading,” which students followed (eventually).

In 1918, students and their instructors had to make a shift in their educational strategies by moving learning delivery to include the “new” technology of the telephone. This is hauntingly similar to the way in which many post-secondary courses in 2020 have moved online using present-day “newfangled” technology such as video conferences and digital instruction.

The editor of the student paper confessed, “So our mail from the registrar lay unopened on our desks, our homework suffered in the interests of journalism, and the tired and careworn student returning from his long and weary vigil found some solace in the November issue of the ‘Toban that awaited him.”

Students complained about the homework they were assigned to complete during this period, arguing that it would take them until the academic term ended in April to complete it all. Despite the challenge, the students were applauded by staff in university’s year-end report for rising to the occasion and completing a great deal of assigned work in a less than ideal manner of teaching.

The Faculty of Science, including prominent educator and scientist Dr. Gordon Bell, was directly involved in efforts to mitigate the damage caused by the flu. As chair of the Provincial Health Board, Bell was responsible for declaring a state of epidemic emergency in the city. Taking advantage of the lack of required class instruction, he also manufactured vaccines which were offered free of charge to the general population. Unfortunately, the vaccines were not ultimately effective, but this endeavour showcases the efforts of individuals in the crisis.

Here, Stasica-Fogg and Stirling found that much like today, the University of Manitoba was sharing its medical expertise with the community and was at the forefront of vaccine development.

While the regular functions of academic life were maintained as well as possible, albeit from a distance, a number of students and staff were engaged in nursing the ill or were ill themselves. Sadly, the 1918-1919 Annual Report indicates a higher-than-usual number of student withdrawals resulting from personal or family illness.

Much of the burden of care fell on women. The Manitoban reported that female students and faculty members volunteered as nurses and in centres known as “diet kitchens” or “flu kitchens” where food donations were collected and distributed to patients. In fact, the shortage of nurses was so dire that the call for volunteers was extended to any who was willing and able to help – with or without nursing experience.

The parallels between the pandemic response a century ago and today’s developments noted by the paper’s authors are remarkable. Then, as now, UM students were volunteering in the fight against the disease and nurses were being called out of retirement.

By the end of November, the “flu-ban” was lifted as the number of active cases in Winnipeg began to decline. The University Council made a series of adjustments in order to ensure that the academic lives of the students felt little impact, moving regularly scheduled term breaks around in order to regain instruction time. Despite this scramble, the 1918-1919 Annual Report of the university asserted that there seemed to be little impact on the final grades of students and that exam results were “wonderfully successful.”

In fact, one editor in the student newspaper reported “a general boredom” with the onset of an additional seven-week holiday after barely beginning term. Even so, though the student newspaper and the Brown and Gold yearbook of 1918-1919 are peppered with references to curtailed activities or student illness. Returning to social groups such as the Glee Club and the Literary Society was also on the minds of students who missed their peers.

Students made use of telephones the student newspaper to keep in contact – telling witty stories and bad jokes, often about the circumstances of the flu-ban. One section editor phoned all his classmates “except a few who were original enough to get the Flu or go after it nursing.”

When the University began classes again, students were reminded to cheer on their basketball, hockey, and curling teams, and student life once again turned to academics.

That’s not to say that students moved on completely. In the 1918-1919 Brown and Gold, as well as in the semi-monthly student newspaper published throughout the academic year, a number of students and graduates who were infected or perished from influenza were commemorated by name, showcasing the solidarity among students despite such trying times. The university had also lost students and staff to the First World War. In total, out of the 183,595 people who lived in Winnipeg, 1,216 lost their lives to the disease.

Measured in the long run, the student experience seemed to only suffer a minor impact. With today’s universities switching to alternative teaching methods around the globe and students concerned about their academic futures, this reassurance is a timely reminder that life goes on. The transition may be less than ideal, but we’ll have to make it work.

Stasica-Fogg explains: “Coming across a university report detailing the closure of the University and ‘flu-ban’ in 1918 the same week that news began flooding social media about the closure of North American universities in 2020 was incredibly surreal – and incredibly reassuring. Despite the passage of a century, the lessons that the University – both staff and students – learned during the Spanish Flu epidemic seem to reverberate through history, and suggests that for better or worse, this too shall pass.”

The University of Manitoba community managed to survive the 1918 pandemic and its students were able to continue their classes in pursuit of their vocations. The world carried on.

“It was fascinating to read the student yearbook of that year and see the resilience of the students who had come out the other side of a sudden and disruptive experience that is so strangely similar to our own,” says Stirling. “I am thrilled that Illya spotted this.”

Illya Stasica-Fogg and Stirling noted, incidentally, that the University of Manitoba’s first female professor Maude Bissett was herself a classicist, hired in 1914. During the flu-ban, she was a volunteer nurse.

Illustrations are from UM Archives & Special Collections, provided by Lea Stirling and Illya Stasica-Fogg. Drawing of flu-kitchen from The Manitoban, December 1918, p. 17.