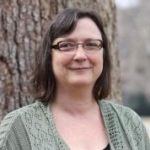 Best of the best recognized with Rh Awards

A message to the UM community, especially caregivers