“Frank was a huge supporter of the Asper Co-op Program and more than that, completely committed to helping students grow and discover their interests and strengths,” said Kelly Mahoney, Director, Career Development Centre. “His influence on students was extraordinary and his mentoring allowed so many to explore what a career in finance could mean to them. Frank’s legacy of supporting students will be felt in the finance industry for many years to come.”

Chamarengah worked for the Investor’s Group for several years prior to joining the Risk Management and Bank Group at the Treasury Division of the Province of Manitoba. Prior to his passing, he held the position of Assistant Director of Capital Markets. He was a passionate individual that had a keen interest in financial markets. Chamarengah played a significant role in managing the Province of Manitoba’s debt, investments, financial risk, and contributed to the development of the Province’s fiscal plan and outlook. His understanding of advanced financial and quantitative modelling of different debt structures and debt issuances in international currencies was incomparable. 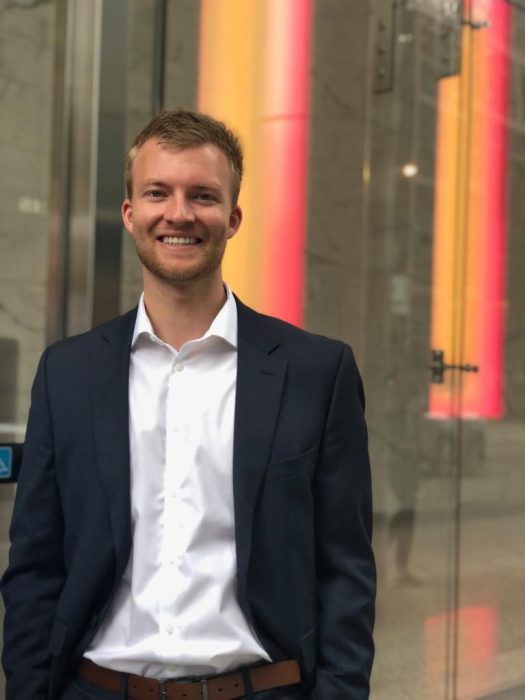 Jackson Gustafson-Fish [BComm/19], now a Senior Capital Markets Analyst at Treasury Division, completed his third work term with Chamarengah in the fall of 2017. Gustafson-Fish says his first impression of Chamarengah is something he will always remember. His interview was scheduled for 7:30 a.m., time passed, and eventually it was 7:40 a.m. so Gustafson-Fish asked the receptionist if he had somehow missed the interview. She replied, “No, don’t worry – Frank really likes to talk and often loses track of time when interviewing students.” Sure enough, at 7:55 a.m., Chamarengah finally came out to greet Gustafson-Fish, wearing a huge smile across his face.

“We went to the interview room, and then I understood how he so easily lost track of time,” said Gustafson-Fish. “It was clear to me that Frank truly cared about his job, teaching students, and providing as many students as possible a truly valuable experience on which to build their future careers. […] He touched so many hearts, and is undoubtedly remembered for his charismatic personality, energy, consideration, and exceptional kindness to others.”