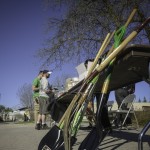 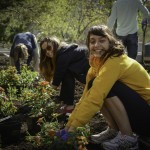 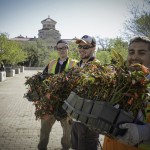 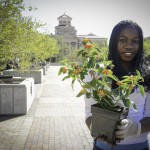 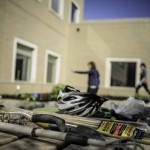 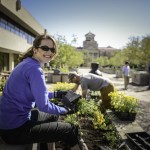 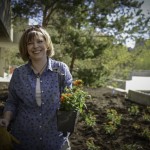 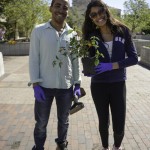 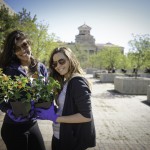 The 2013 University of Manitoba Campus Beautification Day was held on Thursday, May 23. This is the 16th year of this highly successful campus-wide event where staff, students, faculty and retirees are invited to participate on a voluntary basis to help beautify the campus.

Throughout the Fort Garry and Bannatyne campuses, volunteers participated in tasks such as picking up paper, raking, sweeping, pulling weeds and planting flowers. Garden centres in Winnipeg donated flowers and plants and special projects were planned and coordinated in various faculties and areas.

The project began at 9:00 am and continued throughout the day.

A barbecue lunch sponsored by Aramark was held for all volunteers at noon in the quadrangle on the Fort Garry Campus and in front of the Brodie Centre on the Bannatyne Campus. The Bookstore as well as various other businesses on campus donated prizes for the event, and a Grand Prize of two airline tickets donated by WestJet was given away.

It was a fun and rewarding day for all, with beautiful results for U of M campuses — just in time for convocation.