ZigZag Design as a Concrete Answer to Vehicular Attacks

Vehicle-ramming attacks have injured or killed hundreds of people in recent years. Trucks or cars have deliberately crashed into crowds in London, Toronto, and Houston in 2018; in London, Stockholm, Barcelona, Edmonton, New York, and Jerusalem in 2017; in Berlin, Nice, Valence, and Columbia in 2016; in Las Vegas and Lyon in 2015; and in Nantes, Dijon, and Quebec in 2014. The list of attacks is long and shows a growing and deadly trend to use vehicles as weapons.

A gripping fear of being caught in a rampage has entrenched itself firmly in peoples’ minds. Large outdoor gatherings like the Winnipeg Jets White Out Party or other festivals have become sites of potential security threats. Municipal leaders around the world have been forced to listen to the rising public concerns. Common security measures invoked include greater presence of police, and temporary installations of physical barriers in areas where a high volume of pedestrian traffic is anticipated.

How can barricades make places welcoming and permeable for pedestrians while also providing protection? How can concrete units act as safety shields without highlighting the potential danger?

The Barkman Concrete Design Competition of 2017-2018 challenged students of the Faculty of Architecture through the Construction Materials Course to explore critical solutions to physically bolstering potential targets by responding to pedestrian behaviour and designing moveable concrete objects.

Out of the four winning teams, it was the ZigZag barrier, the second prize that was chosen for prototype construction and possible commercialization. The ZigZag design of Andrea Doussis, Abduselam Yussuf, Haim Chernyakov, and Justin Munonye aims to temporarily block vehicular traffic and secure pedestrian movement in an aesthetically pleasing way. The placement of the ZigZag barriers generates barricades for vehicles and creates a safe space for pedestrians to travel through changing viewpoints. Rendering and physical models convinced the competition jury that advertisement could easily be placed in the 2” insets provided. The height of the concrete object works as a bench or a spot to pause and lean.

Based on its function, aesthetics, and marketability, the Barkman team approved the ZigZag design and built two full sized models. They invited the four student designers and myself to review these prototypes in January. Barkman’s Product Development Manager walked us through the casting process from mold to end product. As their former instructor, it was rewarding to witness Andrea, Abduselam, Haim, and Justin’s reactions upon entering the Product Development Department and seeing the eight foot long and three foot high concrete objects in real scale: “I am struck by its size!” “I did not think one would actually be built!”

As a remarkable result, an agreement between the University of Manitoba and Barkman Concrete Ltd. has been reached to exclusively licence the students’ design to the company in Western Canada. As well, two Industrial Design Patent Applications on the ZigZag were filed in both the US and Canada with the assistance of the University’s Technology Transfer Office.  The Canadian Patent Office registered the design on July 19, 2019. If the design proves profitable the firm has the ability to add additional sales territories at a later date. Further, this unique competition on precast concrete design has spread to other campuses and is now being held in a second institution in Canada.

Integrating craft, art and technology into design education of our Environmental Design and Landscape Architecture Program at the University of Manitoba embraces the limitless potential of interdisciplinary university and business venture collaborations. The promising ZigZag prototype will not only curb devastating societal behaviour and shape future urban design, it is also a profound milestone experience for the students delivering exciting career possibilities. 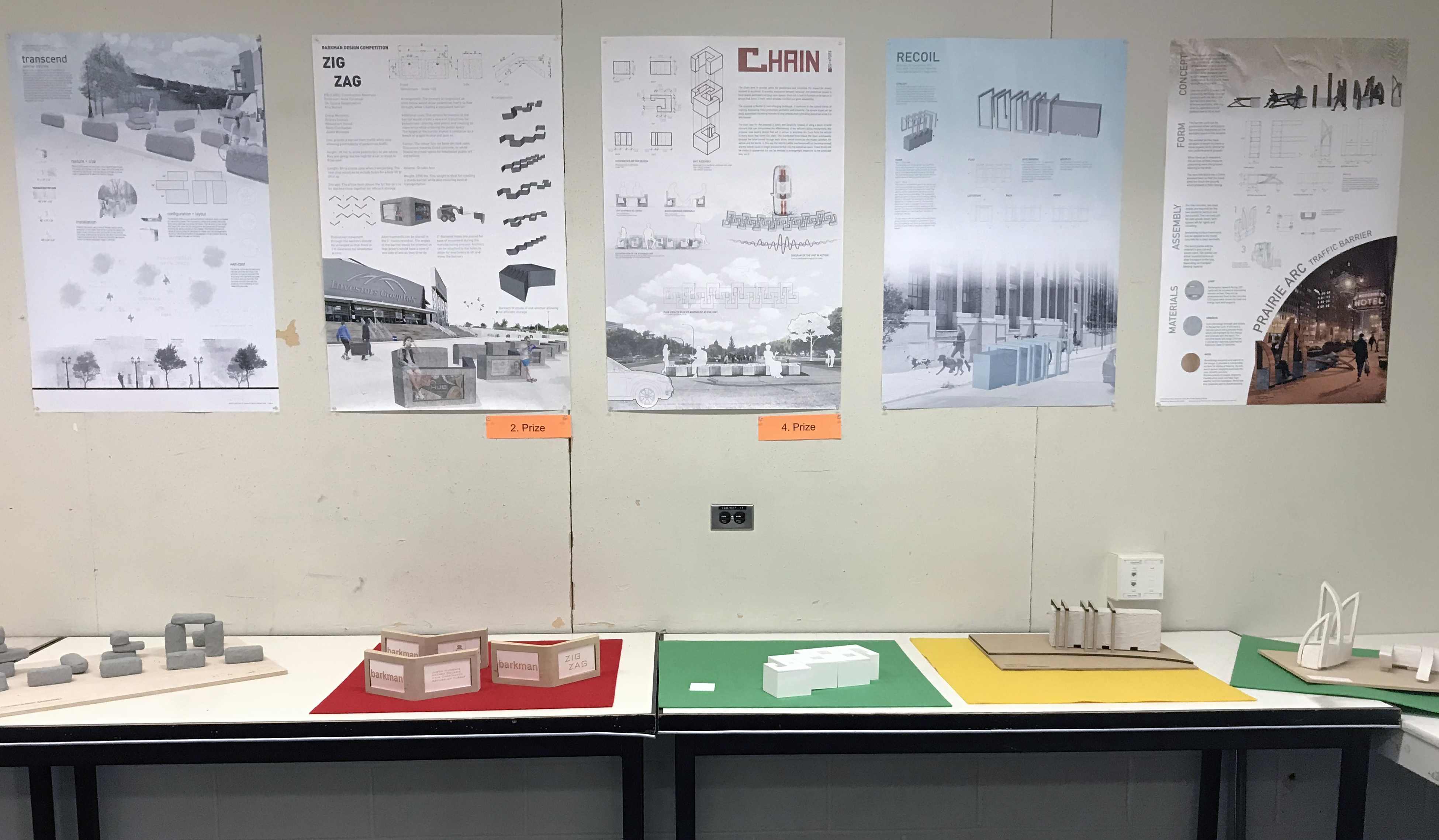 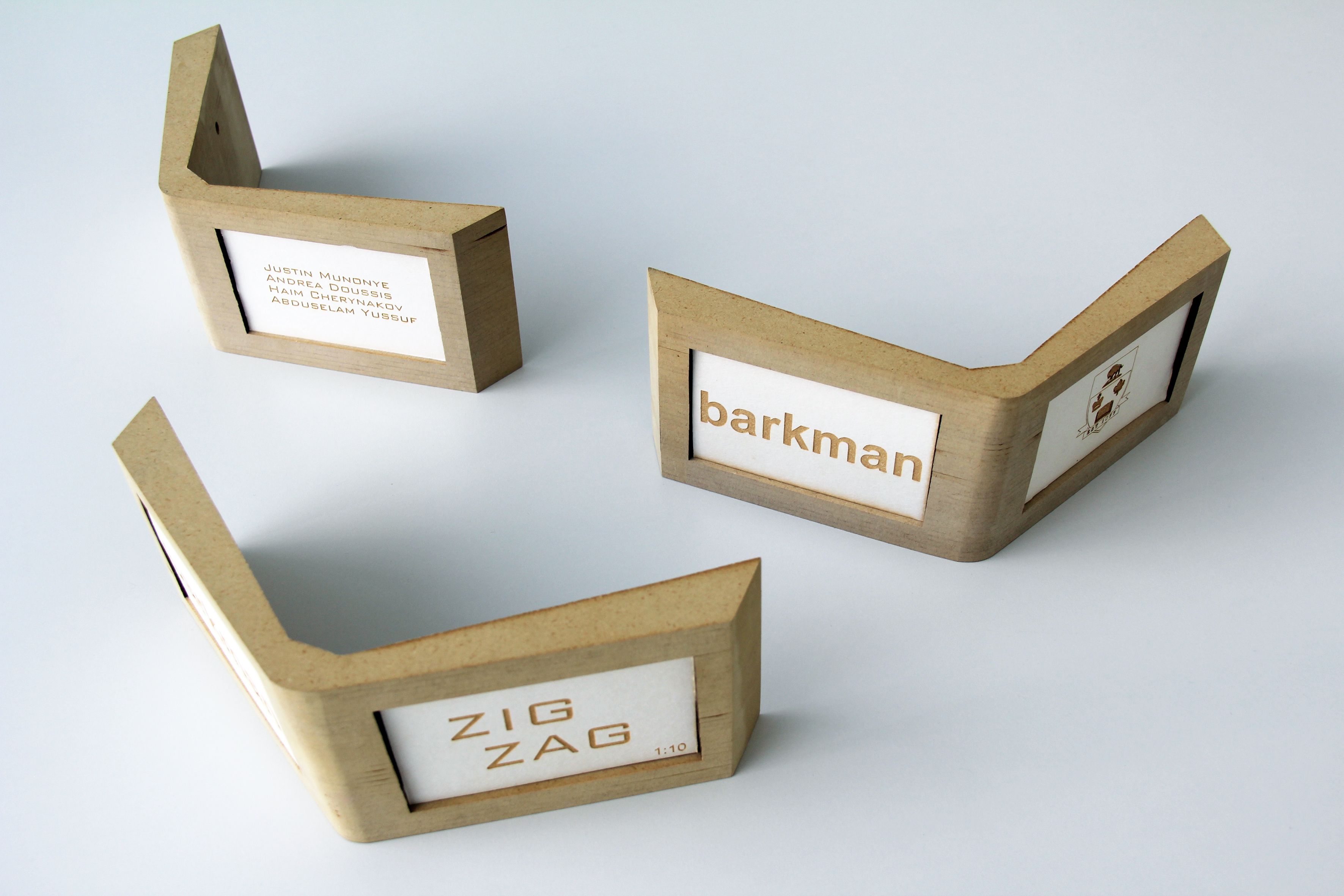 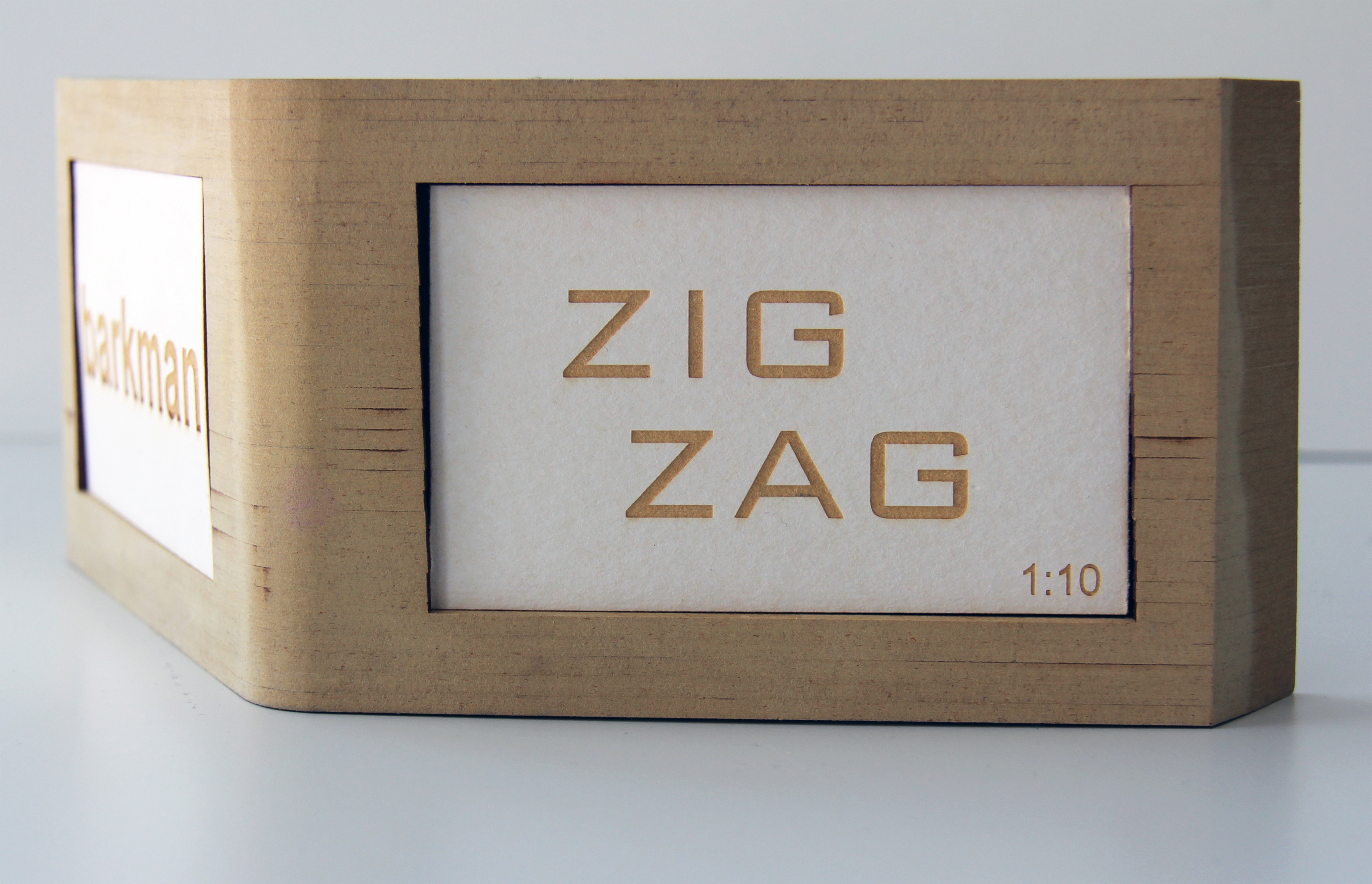 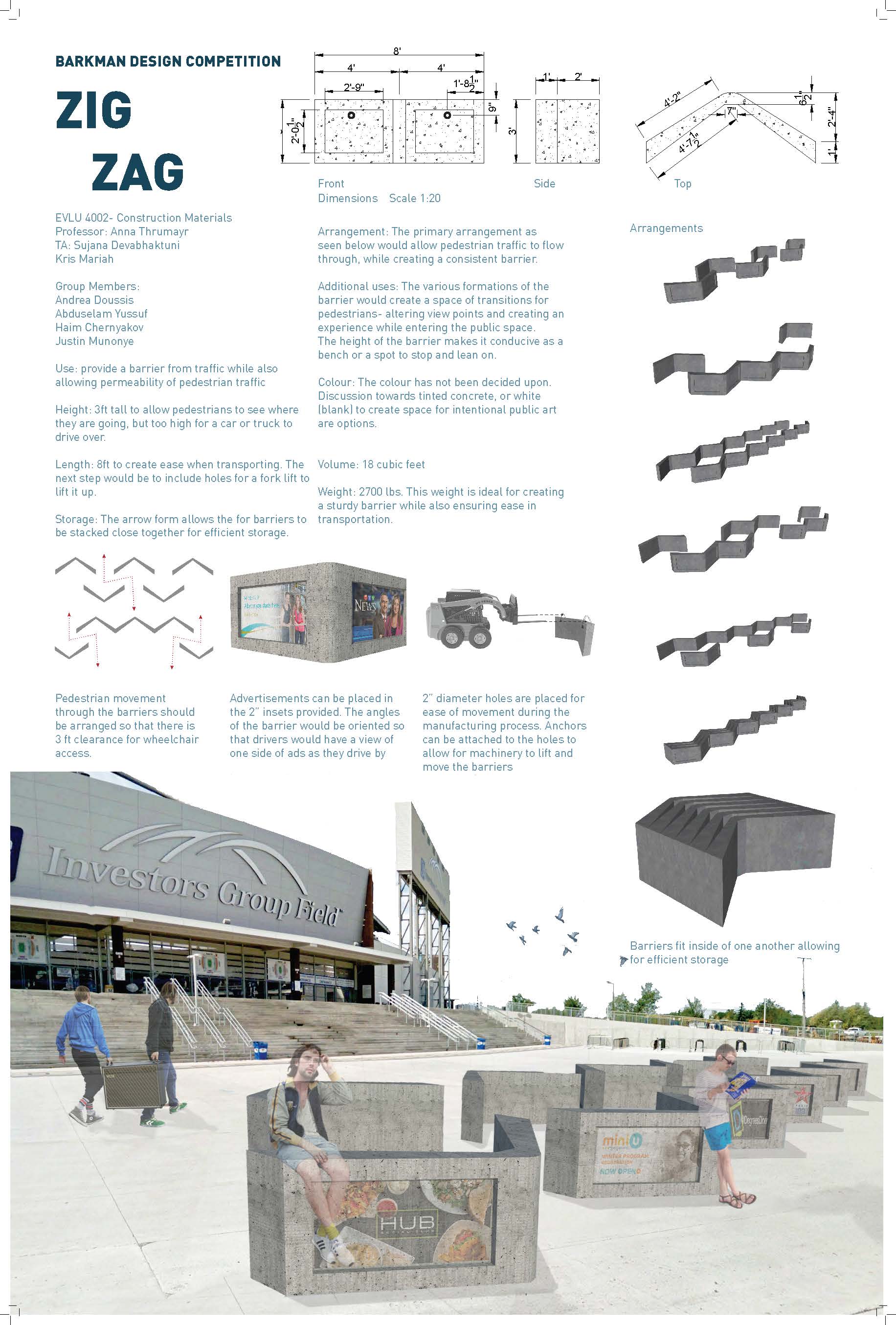