When COVID-19 lockdowns occurred last year, media stories abounded with unusual observations of wildlife during lockdowns. But was this due to pandemic changes in human activity, or did it just seem that way? A University of Manitoba project set out to answer that question.

UM professor of conservation biology, Dr. Nicola Koper, led a team of experts from across Canada, the USA and the UK to determine if less road and air traffic meant less disturbance to birds during their spring migration at the beginning of the pandemic.

Volunteers provided more than 4 million observations of 82 bird species from across Canada and the USA, collected both during the pandemic and in the three years before the pandemic. This astounding amount of data enabled the team to see if birds were more abundant during the pandemic in habitats usually dominated by humans – such as cities, near highways, and near airports – than in previous years.

“Having so many people around the world paying attention to nature has been crucial to understanding how wildlife react to our presence,” said Dr. Michael Schrimpf, a postdoctoral fellow in the UM’s Natural Resources Institute and lead author on the paper published in the journal Science Advances [DOI: 10.1126/sciadv.abf5073]. “Studies such as this one rely on volunteers, so if you enjoy watching wildlife, there are many projects out there, like eBird and iNaturalist, that can use your help.”

The results of this research are striking. Almost all the species they studied (80%) changed their use of human-altered habitats during the pandemic, and all types of birds, from hawks to hummingbirds, were affected.

“A lot of species we really care about became more abundant in human landscapes during the pandemic,” says Koper. “And their abundances changed a lot.”

Bald eagles increased in abundance in cities with the strongest lockdowns. Ruby-throated hummingbirds were three times more likely to be seen near airports than before the pandemic. Barn swallows, which are Threatened in Canada, avoided roads before the pandemic, but not during it.

“I was blown away by how many species were affected by decreased traffic and activity during lockdowns,” says Koper. 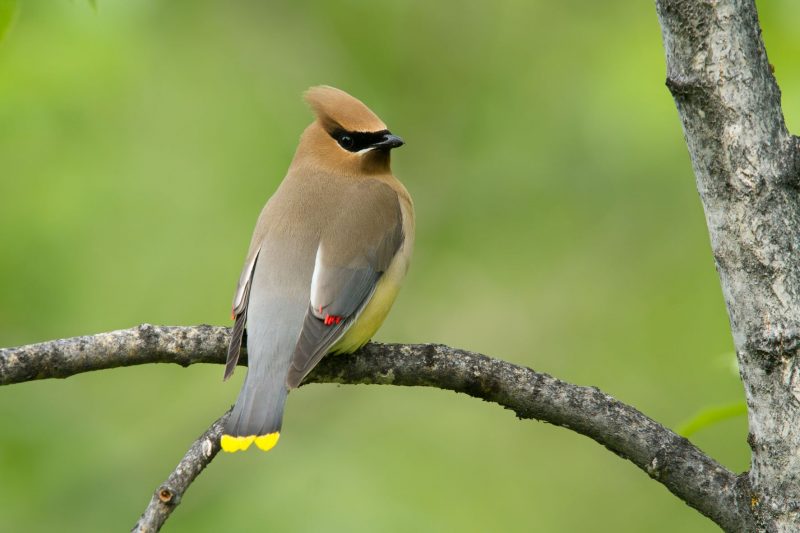 A few species decreased their use of human-altered habitat during the pandemic – for example, red-tailed hawks declined in abundance near roads, perhaps because there was less roadkill when traffic declined. But far more species benefited from lockdowns.

This suggests that many of birds got a significant break during the pandemic – and it helps us understand how we could create a more sustainable environment for birds in the future. Koper says that if we drive less, fly less, or work from home a few days a week, we could help birds while also improving air quality, reducing climate change, and saving businesses the costs of travel and office expenses.

“This shows that if we choose to change certain behaviours, we can immediately improve our environment,” says Koper. “And I think this can lead to improvements for human lives, too, by bringing us closer to environmental, social, and economic sustainability.”

This study was funded by Natural Sciences and Engineering Research Council of Canada with in-kind support provided by Environment and Climate Change Canada and Cornell Lab of Ornithology.