Dr. Dorthe Dahl-Jensen is a world leader in the field of cryosphere science. The Canada Excellence Research Chair at the University of Manitoba Centre for Earth Observation Science (CEOS) studies the climate of the past through ice cores in order to make predictions about current and future climate change. However, what separates her from other cryosphere scientists is her ability to initiate, lead and coordinate international research teams.

“I am so thrilled to receive the Mohn prize. It is a really great honour,” says Dr. Dahl-Jensen.

Dr. Dahl-Jensen receives the Mohn Prize for her research and leadership in combining ice core data with climate models to reconstruct past climate and its impact on the Greenland ice sheet and global climate. Her research has contributed to understanding current and future rates of climate change and implications to sea level rise.

Several of the nominees were internationally recognized cryosphere scientists who contribute to understanding climate change. The Scientific Committee write in their recommendation:

“By ranking Dr. Dahl-Jensen first, the committee underscores the importance of her decades-long leadership in building, coordinating and maintaining international teams.” 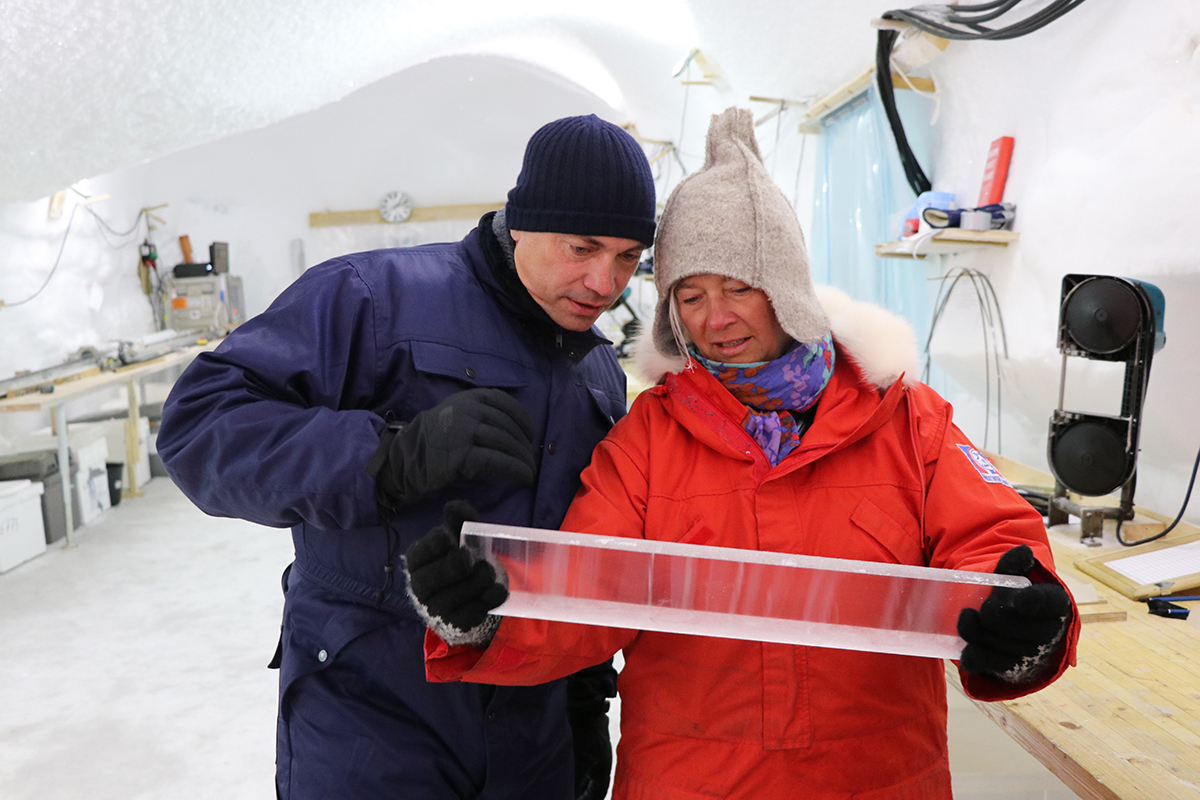 Dr. Dorthe Dahl-Jensen (right) with Minister for Research in Denmark Tommy Ahler, looking at a piece of ice from the Glacial period.

Dr. Dahl-Jensen is also a Professor at the Niels Bohr Institute, University of Copenhagen, where she is a world leader in cryosphere science. She has led and developed the Centre for Ice and Climate (now Physics of Ice, Climate and Earth (PICE)) to world prominence as a key hub of climate research.  Her and PICE’s research have framed our knowledge of climate change, providing key groundwork for understanding the ongoing anthropogenic perturbations of our climate system.

Dahl-Jensen’s contributions and innovations are many. Of particular mention are: a) a groundbreaking paper published in Science, inverting ice core borehole temperature measurements to identify the true scale of ice age and Holocene temperature changes, thus opening up a new interpretation of water isotope measurements, traditionally the backbone of ice core climate studies.

Her diverse achievements range from studies of paleoclimate records to ice sheet and atmosphere dynamics, both on Greenland and in the Canadian Arctic (as well as in Antarctica).

In their recommendation, the Scientific Committee of the Mohn Prize write:

The objective of the prize is to recognize research related to the Arctic. Furthermore, it aims to put issues of particular relevance to the future development of the Arctic on the national and international agenda.

Nominations for the Mohn Prize put forward by members of the Arctic research community have been evaluated by an international Scientific Committee based on the following three criteria:

The Mohn Prize will be presented during a closed event on January 27th 2020 in connection with the conference Arctic Frontiers 2020.