To an audience of about 175 faculty, staff, students, and other community members, President David Barnard stated at the outset that the University of Manitoba does not condone behaviour that undermines the dignity, self-esteem or productivity of any of its members and prohibits any form of discrimination or harassment whether it occurs on University property or in conjunction with University-related activities. 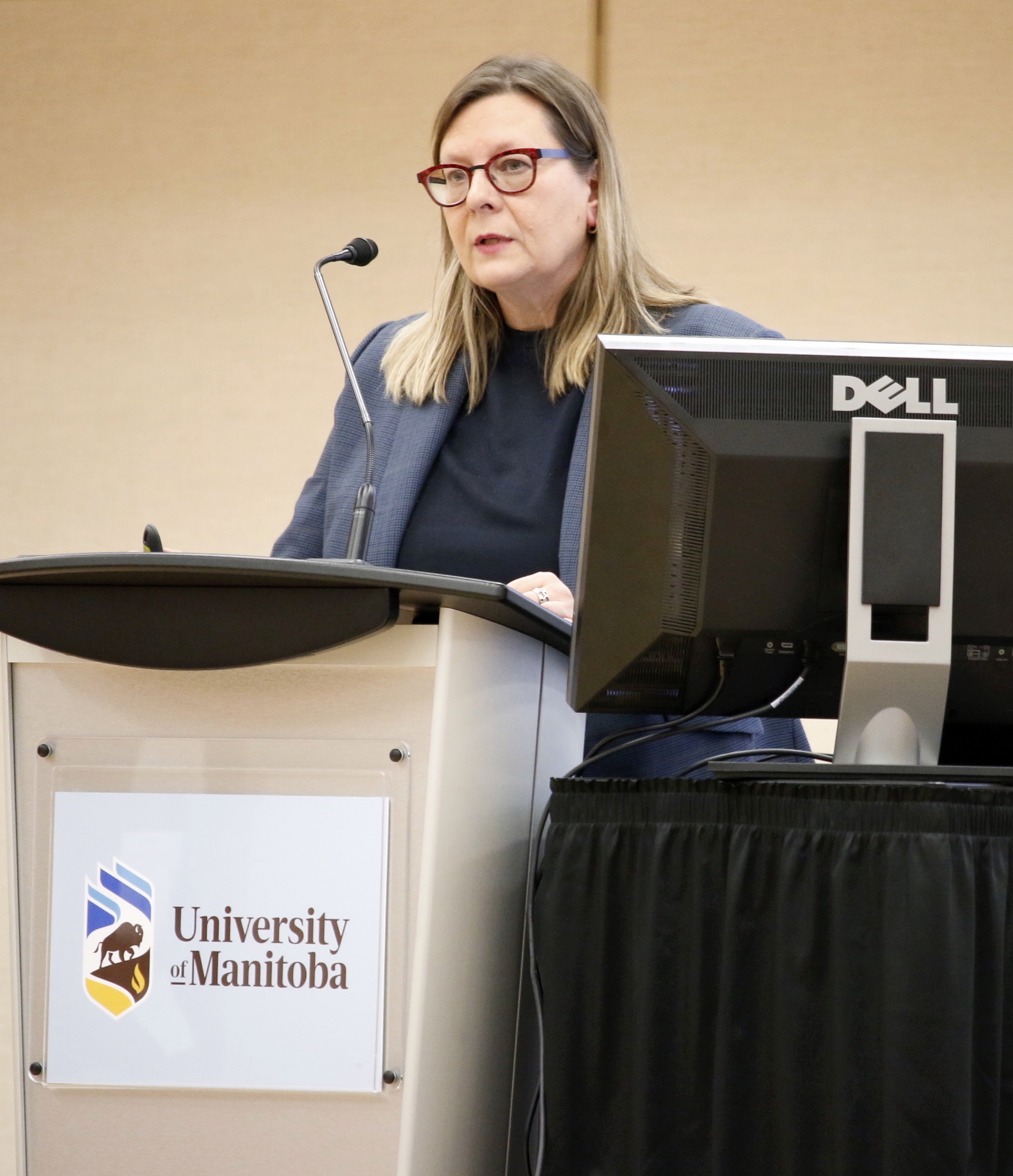 Ms. Van Iderstine was present to explain the process underpinning the report and its recommendations.

Last year, President Barnard had made a personal commitment to improve the University of Manitoba’s effectiveness in addressing sexual violence, harassment and discrimination, mandating an independent and objective report to guide process and actions.

The report released today makes 43 recommendations, including the establishment of a Sexual Violence Resource Centre and the banning of intimate relationships between teaching staff and students they supervise. Breaches of the policy on such relationships will have clear consequences, including at least suspension without pay.

“I accept the report and its findings, including all 43 recommendations,” said President Barnard. “My colleagues on the executive team and other senior leaders share my commitment to seeing these recommendations implemented in a timely fashion.”

The Sexual Violence Resource Centre will be a single point of contact for anyone affected by sexual violence. The report recommends that it be a “central hub,” helping survivors and victims to navigate the sexual violence process, providing information on available mechanisms of support, and ensuring that there is appropriate follow-up. The Centre will also help facilitate broader coordination among multiple UM offices delivering services to survivors and victims.

The report makes very clear the challenges the University and all public institutions face in sharing any information regarding breaches and investigations.

The University of Manitoba’s formal complaints process for the redress of sexual violence, harassment and discrimination will ensure the privacy of the complainant and that the University will be mindful of legal limitations on disclosure to ensure privacy of all involved.

“I applaud President Barnard and his administrative team for requesting this detailed report and committing to the implementation of its recommendations,” said Jeff Lieberman, chair of the UM Board of Governors.

Following the presentation, the floor was opened to questions. Audience members raised concerns such as student representation on the implementation committee, the inclusion of minority women’s needs, and the needs of historically underrepresented groups, recognition of sexual violence against employees as well as students.

“I was particularly moved today by the questions and concerns raised by members of our community during the question period,” said President Barnard. “I assure everyone that the voices of survivors, of students, faculty, and staff, will be heard and inform the process for acting on the recommendations. We will be listening to the perspectives and experiences of Indigenous peoples, persons with disabilities, members of racialized communities, LGBT2SQ+ and women, recognizing the role intersectionality plays in amplifying these issues, as is made clear through the report.”

Within the Report, its authors note one of the university’s stated goals is to develop a university-wide diversity policy to ensure the representation of historically under-represented groups and also celebrate the ways in which we differ.

President Barnard noted: “Here at the University of Manitoba, we recognize the work ahead of us combatting sexual violence will require our unwavering attention. Responding appropriately to sexual violence remains an area of intense focus for universities across Canada, and I look forward to sharing the findings of this report with peers at other institutions in the country.”

Winnipeg media noted the community session and the report in news stories, including coverage on CBC Manitoba.