Seeing the Black experience as homogenous hurts the community. (Shutterstock)

Despite the highly publicized 2020 murder of George Floyd and subsequent calls for change, many people of non-African descent around the world have yet to consider the lasting impacts of anti-Black racism.

Anti-Black racism is rooted in the enslavement and historical experiences of people of African descent. It continues to harm Black people and communities, “othering” their existence while creating and maintaining tensions between non-Black and Black people.

As a result of anti-Black racism, non-Black people remain ignorant about how Black people experience discrimination and how it acts as a barrier that suppresses the civic, political and economic success of Black communities in a dominant white society.

Although George Floyd’s murder was a reminder that anti-Black racism exists in western societies, it also illustrated that race-based discrimination is not homogenous among Black people.

In his book The Man-Not: Race, Class, Genre, and the Dilemmas of Black Manhood, philosopher Tommy J. Curry demonstrates that Black men are denied social spaces, defined and perceived as brute savages. And sociologist Tamari Kitossa reminds us that Black men and their bodies have been simultaneously hated and dominated by non-Black people. This domination is rooted in a historical belief that Black men are uneducated and savages, which has been perceived as a social truth.

In the eyes of non-Black — especially white — people, George Floyd’s body was deemed unworthy. Black men and their bodies suffer from further discrimination when their gender is perceived as hypersexual, violent and savage. In turn, white settler society responds by attempting to control and “other” the existence of Black men. This attempt leads to social, economic and political barriers, and the murdering of Black men. 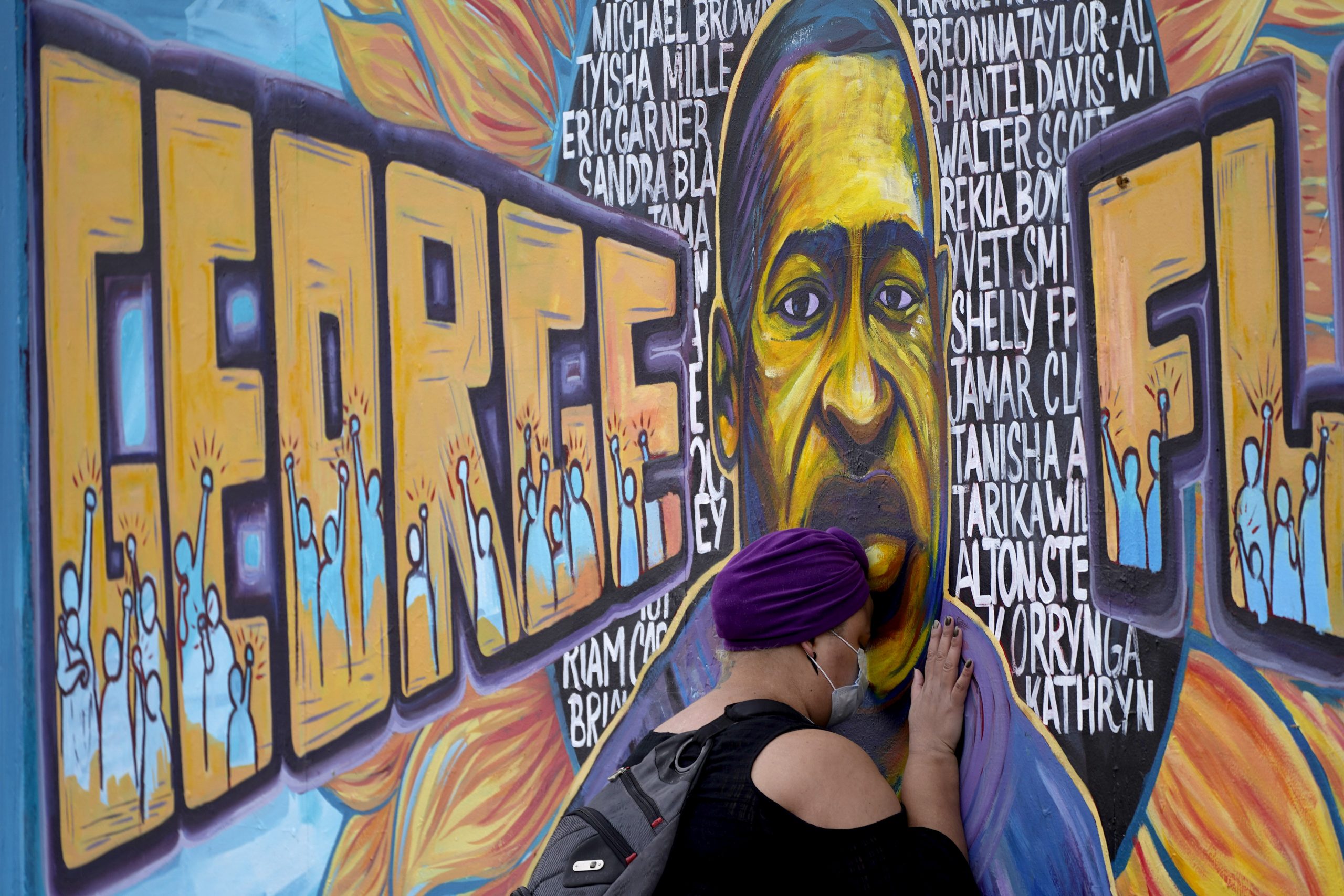 A woman pays respect to George Floyd at a mural at George Floyd Square in April 2021. (AP Photo/Julio Cortez)

Black women continue to experience an upward battle to be recognized. Sociologist Patricia Hill Collins contends that Black women’s social oppression is centred on the intersections of their Blackness, gender and social class. Western societies maintain social inequalities where Black women have to experience more moments of struggle to assert themselves economically and politically in comparison to white women.

Black men do in fact share similar economic and political barriers but their social experiences lead to heightened sense of oppression. For instance, research has demonstrated that Black men’s experiences in education have been more challenging than Black women’s. And Black male youth are more likely to continue to be marginalized as they enter adulthood in comparison to Black women.

Interrogating the difference in social experiences between Black women and Black men can lead to an appreciation of intersectionality. Doing so can help us recognize the comprehensive ways to address social inequality on the axes of race, gender, social class, sexuality, disability and age, which distinctively shape people’s lives.

This all illustrates that anti-Black racism is intersectional and experienced differently by Black people based on various characteristics, including gender and socio-economic status.

As a settler-colonial nation, Canada rests on a foundation of white settler-colonial ideology. Anthropologist Eva Mackey illustrates that this underlying ideology results in culturally diverse populations being governed under the confines of Canadian white superiority.

As such, predominant Canadian discourse inevitably erases authentic diversity, offering a presumptive sense of inclusion in its place. This provides a sense of ambiguity that defines non-white Canadians as the “other” under the colonial practices within Canada.

Despite this shared barrier, white settler ideology does not consider racialized people’s unique racial divisions. For instance, sociologist Sunera Thobani outlines that racialized immigrants receive inclusion in Canada, albeit tenuous and conditional, while the Canadian government continues to strip Indigenous people of sovereignty.

Although racialized people share a common sense of unbelonging in Canada, their unique experiences of discrimination are based upon their cultural and ethnic associations. In order to understand the lived experiences of non-white Canadians equitably, these unique associations need to be prioritized. 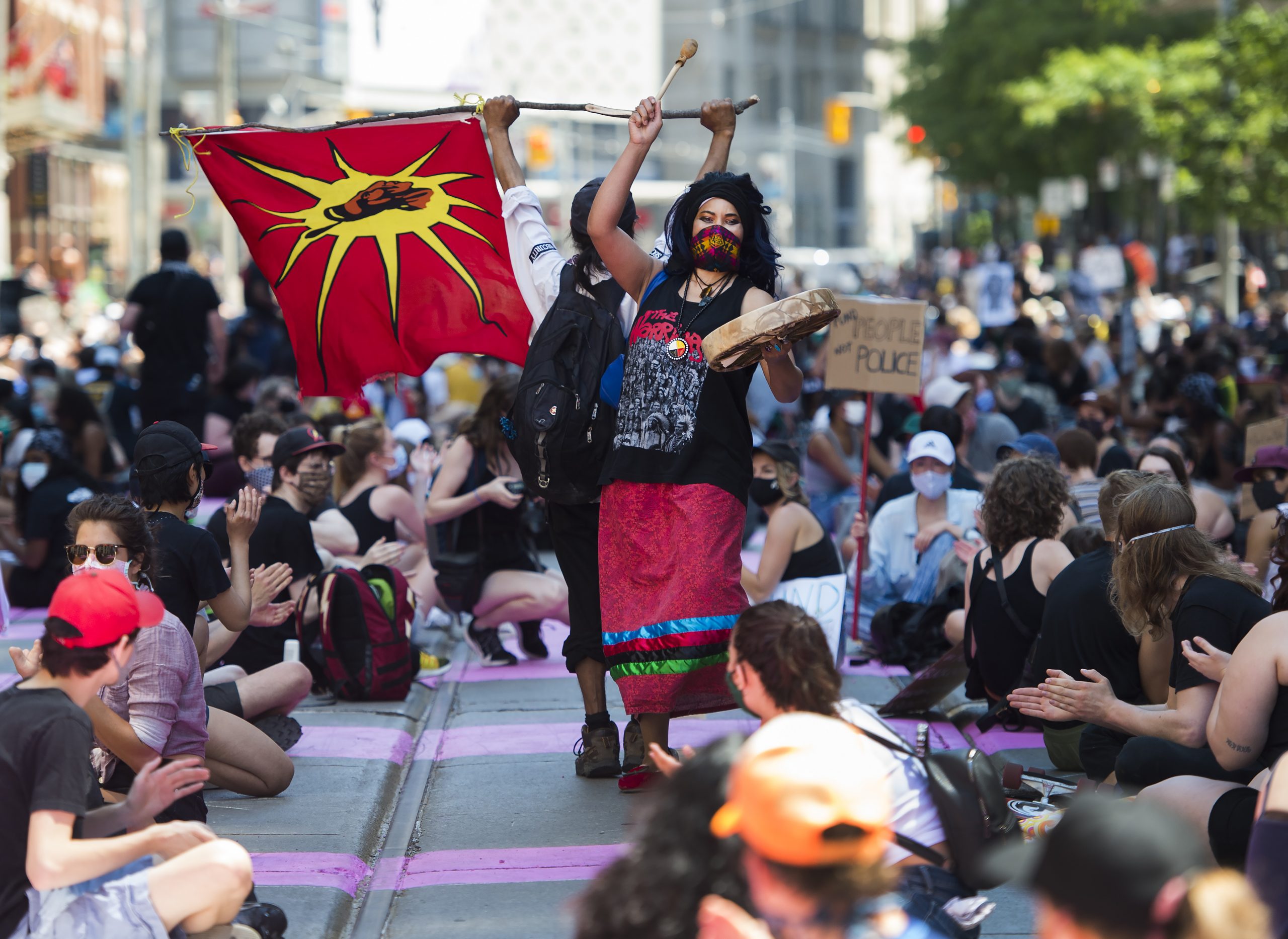 Afro-Indigenous activist Mahlikah Awe:ri along with thousands of people demonstrate during a Black Lives Matter protest in Toronto in 2020. THE CANADIAN PRESS/Nathan Denette

Homogenized under one acronym

The lived experiences of Black, Indigenous and other people of colour are continuously grouped together under one acronym — BIPOC. Homogenizing or grouping together racialized communities under any one term effectively omits the individuality and unique experiences of racialized people.

This acronym treats all racialized people as a whole, erasing their unique, individual experiences. As a common acronym, BIPOC also assumes a bond and closeness between people of colour. The colour of one’s skin doesn’t automatically equal sameness, apart from white supremacy’s stranglehold and attempted dominance over people who are not white.

The acronym BIPOC discourages consideration of the intersections of oppression that a racialized person can experience. This colonial way of understanding people invisibilizes racialized people and communities, sustaining ignorance about racism. Homogenizing people, particularly Black people, ignores the intersectional facets of anti-Black racism and sustains a non-understanding of the social oppression Black men and women face.

Solidarity must never be attempted through the erasure and homogenization of people’s experiences. Creating true solidarity among racialized people requires not only unity, but acceptance of, and respect for differences.