Susan Prentice, Professor of Sociology and a former Margaret Laurence Chair in Women’s and Gender Studies in the Faculty of Arts, has been named to the Duff Roblin Professorship, effective September 1, 2020.

Prentice’s research focuses on the intersection of gender, care, families, work and the economy and the ways that good public policy can and should support modern Canadian families. 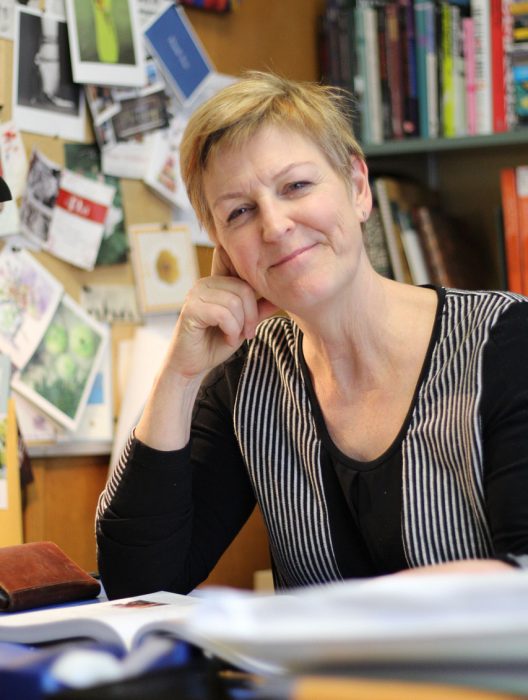 Upon receiving the appointment, Prentice shared that she was, “honoured and delighted to take up a Professorship named after a much-loved ‘red Tory’ Premier. It was Duff Roblin who had the foresight to build the Red River Floodway and to massively expand education in the province. I like to think that he would endorse progressive changes to promote more equity when it comes to gender, care and family policies.”

The Duff Roblin Professor of Government was established in 1996 with a generous endowment from the Honourable Duff Roblin, PC, CC, OM. His intention was to enhance the study of Canadian government and public affairs through course offerings, research and outreach and to aid the educational development of younger scholars through the Duff Roblin Graduate Fellowship program, which is overseen by the Duff Roblin professor.

Under the present restrictions on gatherings due to COVID-19, Prentice will be looking for alternate ways to conduct public outreach through this role. Her teaching will highlight gender, families and public policy, with a particular focus on childcare. “These have been urgent issues in Canada for decades, and the pandemic has brought them even more into the forefront,” says Prentice. Through her teaching and research, she looks forward to “building connections between students in Sociology and Criminology and Political Studies on the intersections of feminist public policy analysis.”

Prentice will also help to develop future researchers via teaching and mentoring the current graduate Fellows and working with research assistants on various projects including a recently launched seven-year SSHRC Partnership Grant titled “What is the Best Policy Mix for Diverse Canadian Families with Young Children? Re-imagining Canadian Family Policies”.