A recent study by an international team of scientists has found that 22 per cent of physicists who are LGBT+ reported experiencing exclusionary behavior due to gender, gender expression, gender identity, sexual orientation, and sexual Identity, while 39 per cent stated they had observed such behaviour.

The researchers surveyed more than 300 LGBT+ physicists to better understand their workplace climate and their experiences and see how retention was impacted.

The study found that the experiences of LGBT+ physicists varied by gender, race, and trans identity. 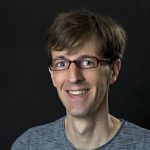 Dr. Wouter Deconinck, a member of the research team and a physicist at the University of Manitoba, said: “This article originates in a large survey which we conducted as part of a committee on the status of LGTB+ people in physics of the American Physical Society. In addition to the scientific study which we are publishing today, we also provided several recommendations to the professional society which have been implemented over the past few years.”

Statistical data showed trans people and women face the most exclusionary behavior. People of Color reported being out about their LGBT+ identity less than their white peers. Perceptions of climate and observing exclusionary behavior predicts an individual’s consideration to leave physics.

The outcomes of the research are important for all physicists who seek to create an inclusive climate, and especially for those in leadership positions such as higher education administration or who have a responsibility for policy.

The report noted: “A hostile climate and the presence of exclusionary behavior limits the ability of the discipline to retain marginalized members, and thus presents a risk to the health of the community. Further, diversity interventions presently undertaken by community members designed to address inequities along one set of identities may have limited success for individuals who identify with additional marginalized identities.

The researchers advised: “With over 11 per cent of high schoolers identifying as LGB and two per cent identifying as T—some sources report even higher values—it is crucial that we support LGBT+ persons to ensure the promotion and development of a diverse and engaged STEM workforce.”

The results of the study were published in the prestigious scientific journal Physical Review – Physics Education Research.

This paper was the first publication specifically on the experiences of LGBT+ physicists in a major peer-reviewed journal.