Researchers will simulate and evaluate the feasibility of an on-demand electric autonomous vehicle system, such as this bus-like creation, for older populations.// Photo: Marco Verch, flickr, licensed under CC BY 2.0.

How Artificial Intelligence can help older adults use an on-demand autonomous vehicle service is the focus of a new UM-led study that received funding today.

The RAIM (Responsible Automation for Inclusive Mobility) study is being led by civil engineer Babak Mehran and its primary goal is to simulate and evaluate the feasibility of an on-demand electric autonomous vehicle (EAV) system for older populations. 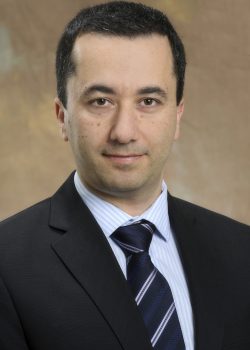 “In theory, an autonomous vehicle-based transit system has the potential to offer door-to-door transportation services without requiring the users to drive. While this can significantly improve the quality of life of older populations, its successful implementation depends on how well we can address safety, cost-effectiveness, and operational challenges of the system, which will be addressed in this research project,” says Mehran.

A second core component of this research, which is being done with colleges in the United Kingdom, involves exploring the potential adoption of on-demand EAVs for ageing populations within two regions of interest. The two areas of interest – Manitoba, and the West Midlands, UK – are facing the combined challenge of increasing older populations with service issues and reducing patronage on existing services for older travellers.

The research will benefit older populations in Manitoba and the West Midlands in particular, through the design of a transportation service that meets mobility needs while minimizing constraints and barriers to use. 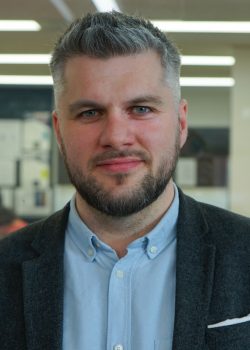 Members of the RAIM team also include Michelle Porter, from the UM’s Faculty of Kinesiology and Recreation Management, and Ahmed Ashraf, from UM’s department of electrical and computer engineering. Non-UM team ambers include Susan Grant-Muller and Ed Manley, from the University of Leeds, and Jens Kandt, from University College London.

“It’s an honour to work with these talented people from differing academic and cultural backgrounds. I’m excited to work with this team, to solve some really challenging problems together,” Mehran says.

The $517,288 in funding for this project comes from the Social Sciences and Humanities Research Council and the UK Research and Innovation. These government agencies jointly announced funding for 10 Canada – United Kingdom Artificial Intelligence Initiatives today in Ottawa. These projects, co-led by principal investigators from both countries, will advance understanding of important AI challenges.