Can you hear me now? The endangered chestnut-collared longspur is forced to change nesting locations becasue of sound pollution// Photo: Jennie Horvat

Loud, consistent noises are not the problem we once thought

We need to rethink noise and how we regulate it.

This idea emerged from a novel study examining how prairie songbirds are impacted by industrial noises on birds in southern Alberta, and it surprised the research team from the University of Manitoba. 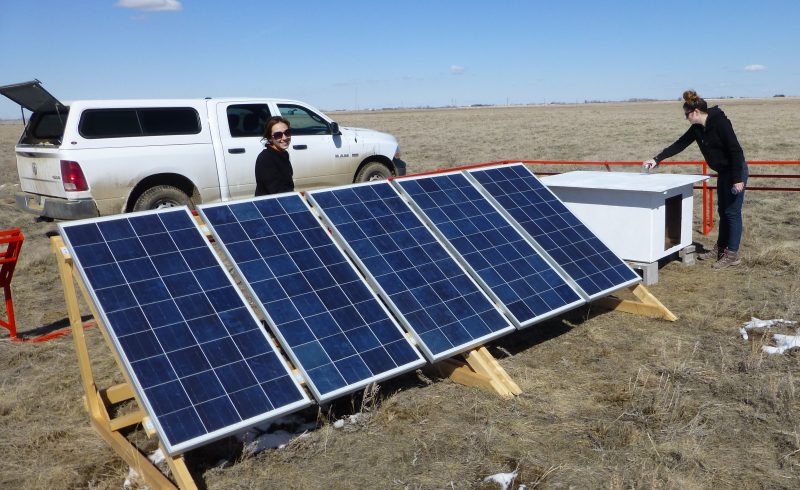 Starting back in 2013, the research team wanted to understand the impacts of noise from oil wells on grassland birds. To make sure they were studying impacts of the noises rather than impacts of the infrastructure associated with wells, the researchers set up audio equipment over vast areas of Alberta where oil rigs were not actually present. There, they broadcasted either the clamorous sounds of a new well getting drilled, or the soundtrack of a well operating over the long term. For realism, the drilling sounds played for 24 hours a day through two 10-day periods (the time it takes to drill an oil well) each breeding season, and the soundtrack of a well operating played non-stop for 90 days.

What surprised the researchers was that despite the much shorter duration of the drilling noises, it negatively impacted grassland birds to a far greater degree than the oil well operating noises. Some species avoided sites with drilling noise, while other species that nested near drilling noise were not able to reproduce successfully. These species included the Threatened species Sprague’s pipit, which was dramatically less likely to successfully raise offspring in sites where drilling noise was played. Conversely, only one species, the Endangered (and federally protected) chestnut-collared longspur, avoided sounds of wells in operation. 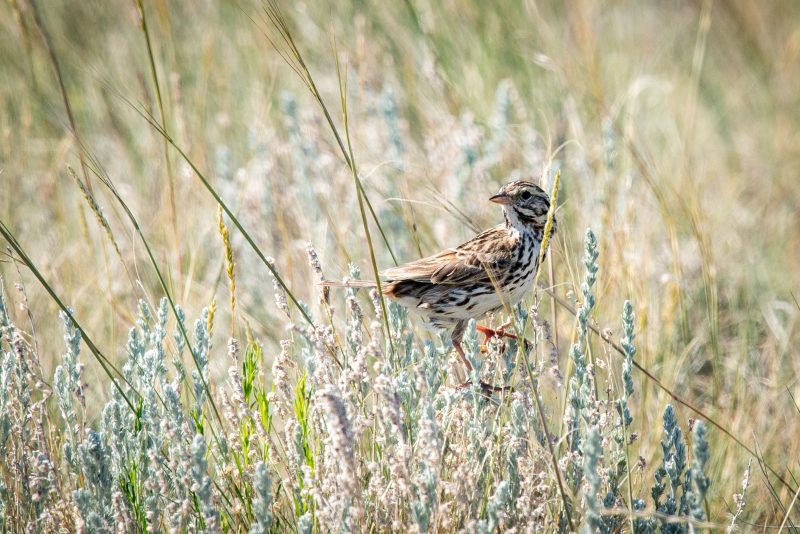 Savannah sparrows are able to adapt to the sound of operating oil wells, heard in the background here, because the well sound is predictable. However, their ability to raise young in nests was greatly reduced when sparrows were exposed to drilling noise, which is more variable. // Image: Paulson Des Brisay

Drilling noise made the birds change their habitat use and decreased their productivity. Operating noise, meanwhile, had surprisingly little impact on most species.

“The assumption has been that if noise is there for longer, it is worse environmentally. But our results show this is wrong,” says Nicola Koper, senior author of the study, and a professor in the University of Manitoba’s Natural Resources Institute. “In fact, we found the opposite. Noise has a much greater impact on wildlife when it is unpredictable. That means we should rethink how we regulate and think about noise by paying particular attention to unpredictable, acute, or variable noises. Our current regulations about noise focus on how loud it is, but in many cases the amplitude isn’t as important as the pattern of the noise.”

Drilling noise differs from operating well noise in that it is all rattle and no hum: it is an erratic menagerie of POPS, BANGS, CHINGS, CLANKS, THUMPS and OOMPHS.

Writing in their paper recently published in the Journal of Applied Ecology, Koper and a former Ph.D. student, Dr. Patricia Rosa (now Assistant Professor at St. George’s University), note that the best management practices are thus dependent on the type of noise to which wildlife are exposed.

“There is an opportunity to work collaboratively with industry,” Koper says. “Our findings suggest that drilling could either take place outside of the avian breeding season, which is May through July, or alternatively that sound barrier walls could be placed around oil well drilling rigs, because such walls will reduce impacts on many species of birds.”

This new paper, “Impacts of oil well drilling and operating noise on abundance and productivity of grassland songbirds”, builds upon Koper’s previous work, which has found effects of oil wells on birds’ abundance, reproductive success, parenting behaviour, and song characteristics.

This study was funded by Cenovus Energy, the Natural Sciences and Engineering Research Council of Canada, Canadian Foundation for Innovation, Manitoba Research and Innovation Fund, and the University of Manitoba Clayton Riddell Faculty of Environment, Earth, and Resources.