The Canadian Wheat Research Coalition (CWRC), alongside the Western Grains Research Foundation (WGRF) and the Saskatchewan Winter Cereals Development Commission (SWCDC), have committed funding to a core breeding agreement with the University of Manitoba (UM). Valued at over $3.5 million over five years, this agreement will ensure the continuation of the successful Fusarium head blight (FHB) nursery program, along with the winter wheat breeding program.

The primary objective for the UM’s FHB screening nursery is to continue evaluating breeding lines for their reaction to Fusarium graminearum – the most common causal agent of FHB. As one of few FHB screening nurseries in Canada, the UM program returns vital information to the network of western Canadian breeding efforts, and is the key to developing future wheat varieties with FHB resistance. While the focus for winter wheat research will be the delivery of field ready cultivars, development of new genetic tools to help improve winter wheat quality will feature heavily. The agreement, which is an increase of $1.6 million over the previous core breeding agreement, also includes the training of students as future scientists in wheat research. 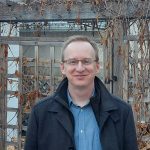 Known for her contributions to FHB research, UM’s long-time winter wheat breeder Dr. Anita Brûlé-Babel is set to retire this December, with Dr. Curt McCartney assuming the role. Prior to joining the UM, McCartney was a research scientist at Agriculture and Agri-Food Canada (AAFC) in Morden, Manitoba, where he focused on cereal genetics targeting resistance to FHB, leaf and stem rust, and orange wheat blossom midge.

“This foundational funding of UM’s wheat breeding program ensures the continued evaluation of FHB resistance of breeding lines from across the Prairies,” says McCartney. “Dr. Brûlé-Babel’s research has been critically important for developing varieties with improved FHB resistance and has provided excellent training for graduate students. With this new agreement, I plan to build upon her successes through the development and implementation of genomics-assisted breeding techniques.”

The CWRC is a collaboration between the Alberta Wheat Commission, Saskatchewan Wheat Development Commission and the Manitoba Crop Alliance with a focus on funding genetic and agronomic wheat research for western Canadian farmers. The UM agreement represents the fourth and final core funding agreement with the public wheat breeding programs in Western Canada. Previously announced agreements include $22.6 million to AAFC, $9.6 million to the University of Saskatchewan’s Crop Development Centre, and $2 million to the University of Alberta. These core agreements provide support to key capacity in the breeding programs. In recognition of the winter wheat and FHB focus of the UM program, WGRF and SWCDC are providing $935,000 and $50,000, respectively, over the term of the agreement.