Technology that can make eating utensils and clothing “smarter” took top prizes at the 2020 Augmented Human Conference, hosted by the College of Rehabilitation Sciences, Rady Faculty of Health Sciences on May 27 to 28. The event, hosted in Canada for the first time, was originally scheduled to be held at Fort Garry campus but had to be moved to an online format due to the global COVID-19 pandemic.

Conference co-chair Dr. Amine Choukou said there were challenges with moving the event online in terms of keeping keynote speakers, presenters and attendees engaged at the same level as they normally would have been.

“People participate in the conference for connection and networking. Switching it to online just put a barrier in front of all the interactivity one can have in-person,” said Choukou, an assistant professor in the college’s occupational therapy department. “But so many international events were just cancelled, and we were surprised by the reaction of people to the current situation. Many emailed the organizing committee to get more information leading up to the conference.”

Choukou said this year’s conference was built on the idea of bridging the gaps between engineering and health sciences, with presentations from computer sciences, robotics, sport and neuro-rehabilitation.

There were 27 presentations in total from universities and technology companies across Canada, the U.S., Asia and Europe. Ten of the presentations were affiliated with UM, including three led by Choukou and his teams at the College of Rehabilitation Sciences. His projects included one that aims to benefit the safety of patients with dementia and another that looks at using a real-time sensory system to record and monitor a person’s motion during physical rehabilitation.

All presentations are now published in Association for Computing Machinery’s International Conference Proceedings Series. The conference awarded cash prizes to three presentations, two from Japan and one based at UM. 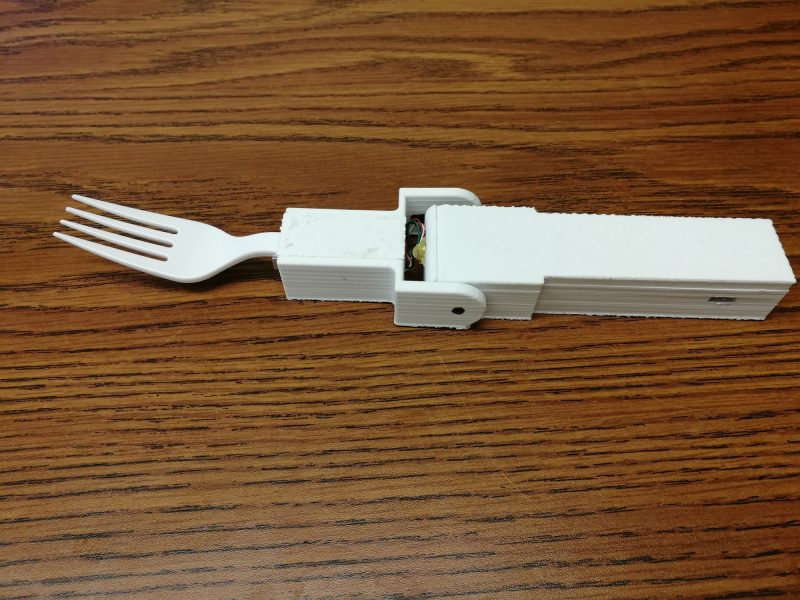 First place was awarded to a project led by Masato Sekine from Joshibi University of Art and Design in Tokyo, which looked at sensors and smart materials being used to expand the function of clothing as a form of non-verbal communication. The sensors, Sekine said, could be used to determine the stress level of the wearer.

Second place went to a project on augmenting human thermoregulation using shape changing clothes by a team led by Haoran Xie from the Japan Advanced Institute of Science and Technology.

Third place recognized a project led by Zuoyi Zhang, a M.Sc. student from UM’s Human-Computer Interaction Lab, which demonstrated a “smart utensil” for detecting food-pick-up gesture and amount while eating. Zhang said the device is designed to raise the awareness of one’s eating habits, helping fast eaters eat at a healthier rate.

“High eating speeds can lead to serious health problems, such as elevated risk of obesity. In contrast, studies show that a reduced eating rate is associated with improved health,” he said.

The event was anchored by presentations from two renowned keynote speakers, Wei Li, director of Huawei Canada’s human interaction lab in Toronto, and Dr. Rory A. Cooper, a professor with the University of Pittsburgh’s rehabilitation science and technology department. 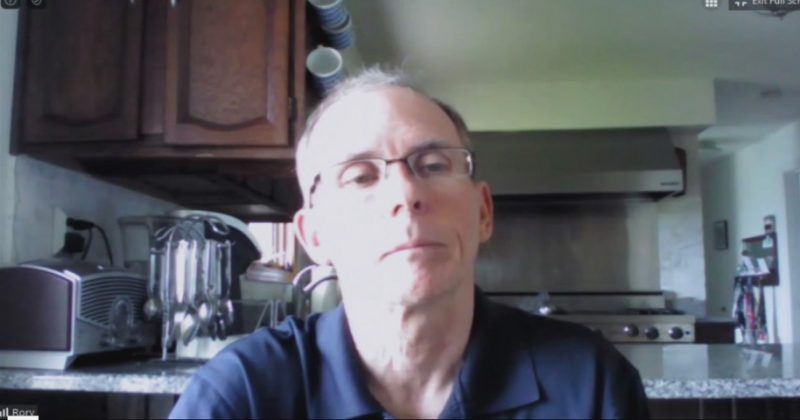 Dr. Rory A. Cooper speaks from his home in Pittsburgh.

Li discussed the evolution of smart devices and the development of new technologies that use human movement to control devices like smartphones and smart TVs. “The idea is we try to provide the most natural remote control experience without the remote control,” he said.

Cooper, who was paralyzed from the waist down while serving in the U.S. military in 1980, shared some of the advanced mobility devices and assistive technologies he’s developed since working in rehabilitation sciences, including a smartphone app to control power wheelchair seating and “intelligent bed technology” that can weigh people in bed and measure their sleep quality.

“I like the title of this conference about ‘augmented humans’ because that’s really what I am. I’m a wheelchair user, I use eyeglasses, I have an adapted vehicle and an adapted home,” he said. “All of us use smartphone technologies, and in a way that makes us [all] augmented humans.”

Video highlights of the conference are available through the Rehabilitation Technologies Lab.