Just off your cottage’s dock in the Whiteshell, are there sturgeon or pike nearby?

Sturgeon spawn only intermittently and are very sensitive to changes in their environment. Today, there are very few sturgeon left, some in the Assiniboine River, almost none in the Red River, and pockets of populations in the Winnipeg and Nelson River systems. They can be detected using environmental DNA (eDNA) that can detect molecules sloughed off by fish in the water, then assayed to detect their presence, all without physically hooking a single specimen.

“It’s very much an emerging technology,” says Gary Anderson, the NSERC/Manitoba Hydro Industrial Research Chair in Conservation Aquaculture of Lake Sturgeon at the University of Manitoba. “But individual species can be detected from millions of DNA particles in a water sample.” 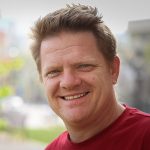 Anderson’s work focuses on sturgeon, an ancient species of fish that live on river and lake bottoms in Manitoba. Once plentiful, they were fished almost out of existence in the 1900s because of their caviar and because they had often been used as fuel to power steamboats.

“They are among the oldest vertebrates and are very long lived,” explains Anderson.

Fish biologists examine rays on a fish’s fins to accurately gauge its age. Growth bands in the finds can be used like tree rings to calculate ages, and elements within the fins can give more precision.

Anderson is also studying how sturgeon sense food through smell and taste organs. Sturgeon are not hunters like other Manitoba fish such as pike or walleye. They are bottom feeders and carnivores, munching on fish carcases and invertebrates.

Determining where sturgeon are breeding is of importance to Anderson’s work with Manitoba Hydro, which is heavily invested in conservation agriculture. The Sturgeon River Management Boards are stewards of the sturgeon population within the province, with Indigenous communities as vital constituents of the boards.

Anderson has 14 undergraduate, graduate and post-doctoral colleagues working with him to catch sturgeon and obtain sperm and ova, taking their samples to the Grand Rapids Fish Hatchery where the fish are hatched, raised, and released into their habitat as a way to repopulate the species across Manitoba.

Anderson explains: “Sturgeon are struggling to come back in the north and take a long time to bounce back.

Anderson graduated in 1995 from the University of St. Andrews in Scotland, studying the biology of dogfish. Following two post-doc positions, there was a job prospect in fish biology at UM, and he came here in 2004. While his research had been on marine vertebrates, he found that the ancient sturgeon offered a fascinating new direction. He is now secretary for the North American Sturgeon and Paddlefish Society and is President of the Canadian Society of Zoologists.