Orientation for first-year College of Nursing students included an on-site "skills blitz." All students, faculty and staff had to wear personal protective equipment for the hands-on sessions.

Unlike years past when socializing and getting to know new classmates were the norm during orientation, first-year students in the Rady Faculty of Health Sciences started their 2020/2021 school year in medicine, nursing, pharmacy, dentistry/dental hygiene and rehabilitation sciences with orientation activities and welcoming ceremonies in mostly virtual settings.

In May, the University of Manitoba announced the fall term would be primarily offered remotely, except where necessary, leading programs to find creative ways for their students to begin their university careers.

Some activities that received an exception to be held onsite, such as the Max Rady College of Medicine’s annual white coat ceremony, were done so with social distancing measures in place to ensure safety.

“Even though we all had to be socially distant from each other during the ceremony, the act of putting on our white coat and reciting the physician’s pledge made me feel more connected to my classmates and excited for what medical school has in store for us,” said first-year medical student Mariel Talabis. 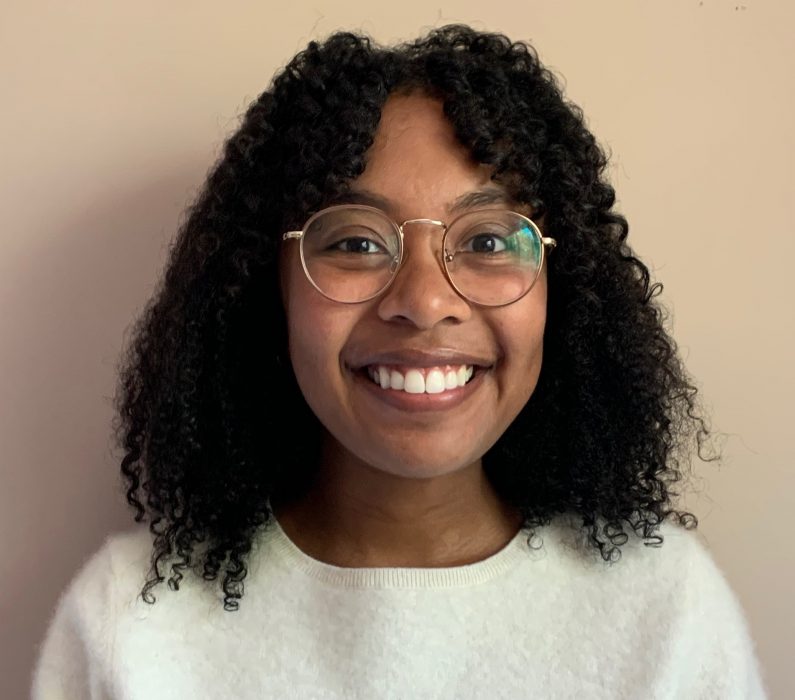 Orientation activities for all the colleges, including presentations from Ongomiizwin – Education and Student Services at Bannatyne Campus (SS@BC) had to be held online.

“In-person orientation activities have been decreased, and accessible to only six or seven students at a time,” said Dr. John Perry, associate dean (academic), Dr. Gerald Niznick College of Dentistry. Immunizations, fitting of magnification loupes and an abbreviated tour of the Bannatyne Campus were done in person, he said.

Perry said about half of classes for the fall term will be held online for the college and School of Dental Hygiene. “Online teaching, although a new experience for most educators and students, has been accepted with supports both internal and external to the college,” he said.

At the College of Rehabilitation Sciences, new students in its three core programs – occupational therapy, physical therapy and respiratory therapy – met each other in a group session via video conferencing on Sept. 9. Prior to that, they had orientation virtual sessions in each of their programs.

First-year occupational therapy (OT) students had two days of virtual sessions that included meeting their second-year “siblings” who were able to answer any questions about the program or campus.

“That’s something we do every year, except that it had to be done virtually this time,” said Leanne Leclair, OT department head. “We also had to get creative to find ways over Zoom for the students to get to know each other. They’ll still be working closely together.”

There was also an “entrance to the profession” ceremony that students were able to invite their families to view. Prerecorded tours of the Bannatyne campus were done virtually and will be revisited before students come to the campus for the first time in October.

First-year College of Pharmacy students had a one-day virtual orientation prior to online classes where they got to meet faculty and second-year students, who were able to answer any questions.

“We also had the College of Pharmacists of Manitoba provide valuable information to the new and eager first-year PharmD students,” said Cheryl Lee, student advisor and program coordinator.

The PharmD students will be on campus for their first in-person lab at the end of September, although the lab will take place over two days to accommodate smaller groups. 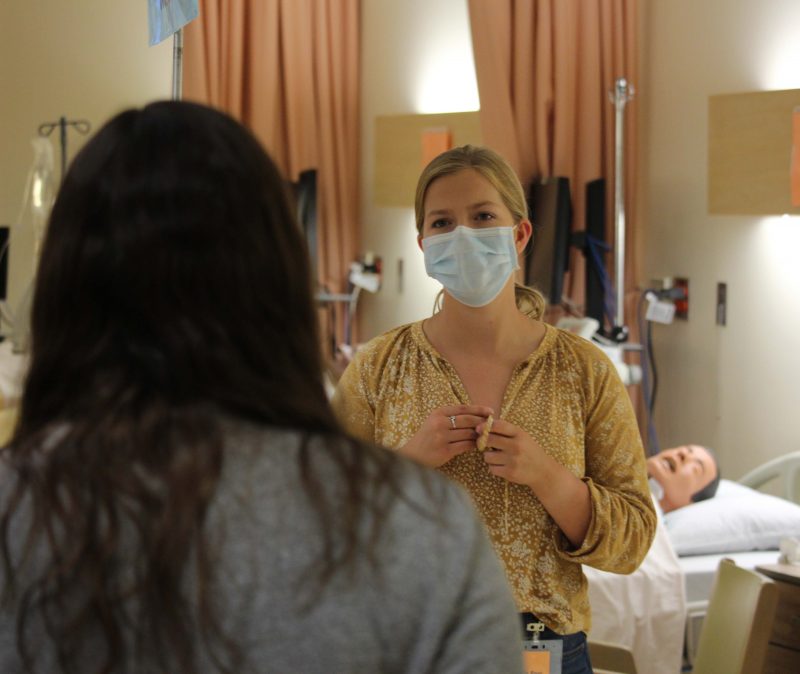 At the College of Nursing, new students began their asynchronous virtual orientation in August but needed to put on masks to attend the annual “skills blitz” in person over two days in early September.

“This format allowed for greater flexibility as the students were provided three weeks to work through the orientation and had the opportunity to go back and review materials as needed. We also had some small quizzes set up to ensure the students understood the material,” said Trina Arnold, director of undergraduate nursing programs.

The skills blitz is an opportunity for the 120 new bachelor of nursing students to gain some hands-on experience in the skills labs at the Helen Glass Centre for Nursing. The students were divided into groups, taking part in one of four sessions, where they were introduced to important skills like hand hygiene and taking vital signs. Student mentors were on hand to offer instruction and answer questions.

Sessions were held in two rooms rather than one this year to ensure smaller groups. Following UM guidelines, all students, faculty and staff had to wear personal protective equipment (PPE), as social distancing was not possible in the hands-on sessions.

Kelsey Tonn, a fourth-year bachelor of nursing student and senior stick of the Nursing Students’ Association, said the new students were grateful to have an opportunity to meet each other in person, as peer support will be important as they go through the program.

“The students were a bit nervous, but not any more than they were the last couple of years I helped with the skills blitz,” she said.