Ask any of the Indigenous fishers on Lake Winnipeg about the water and they’ll tell you ni mayu gayndun: “it’s not the way it is, it’s different.”

In the same way one would describe a person who’s unwell as being “not themselves”, the fishers know their lake is sick because they remember how it was when it was healthy.

The Anishinaabe people have lived near these waters – located in Manitoba, the centre of Canada – since time immemorial and have documented the changing ecosystem of the world’s tenth largest lake using a method not found in Western science: their language, Anishinaabemowin. 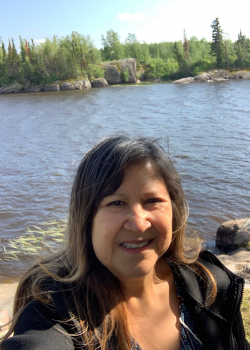 “The way we talk is our management system,” explains Dr. Myrle Ballard, Anishinaabe from Lake St. Martin First Nation, and Assistant Professor in Chemistry at the University of Manitoba (UM). “The way we look after the land is embedded in our words. They’re very descriptive and based on the natural law, how it is without interference from man. It’s based on dukiinan aysi pi mosay maguk, which means ‘how our land is’.”

Anishinaabemowin is an integral part of a larger Indigenous Knowledge System, which the Anishinaabe call kikanjigaywiin, passed down through the generations by knowledge holders in their communities. It includes observations, ethics and understandings about the local environment that define their behaviour, way of life and use of natural resources.

Dr. Ballard, an Indigenous Scholar at UM, describes her people as the “first responders” to environmental change, and believes Western science can benefit from learning Indigenous pedagogies which teach a more holistic approach to aquatics management. Her latest research project, funded by the University of Manitoba’s Indigenous Research Program grant, will partner Anishinaabe fishers and knowledge holders with Western scientists in an effort to bridge the two methodologies and save Lake Winnipeg.

Beachgoers and cottagers call it the green slime; to scientists, it’s cynobacteria, a blue-green algae that grows in thick “blooms” every summer across Lake Winnipeg, sometimes stretching for hundreds of kilometers. The thick, stinky sludge is a byproduct of rapidly deteriorating water-quality due to excess phosphorus leeching into the lake from household products, agricultural runoff and poorly treated sewage.

The Anishinaabe have named the algae atogun, meaning “putting out” or “stopping/thwarting life”, referencing its deadly effect on the lake’s biodiversity and – if not addressed quickly – their livelihood. 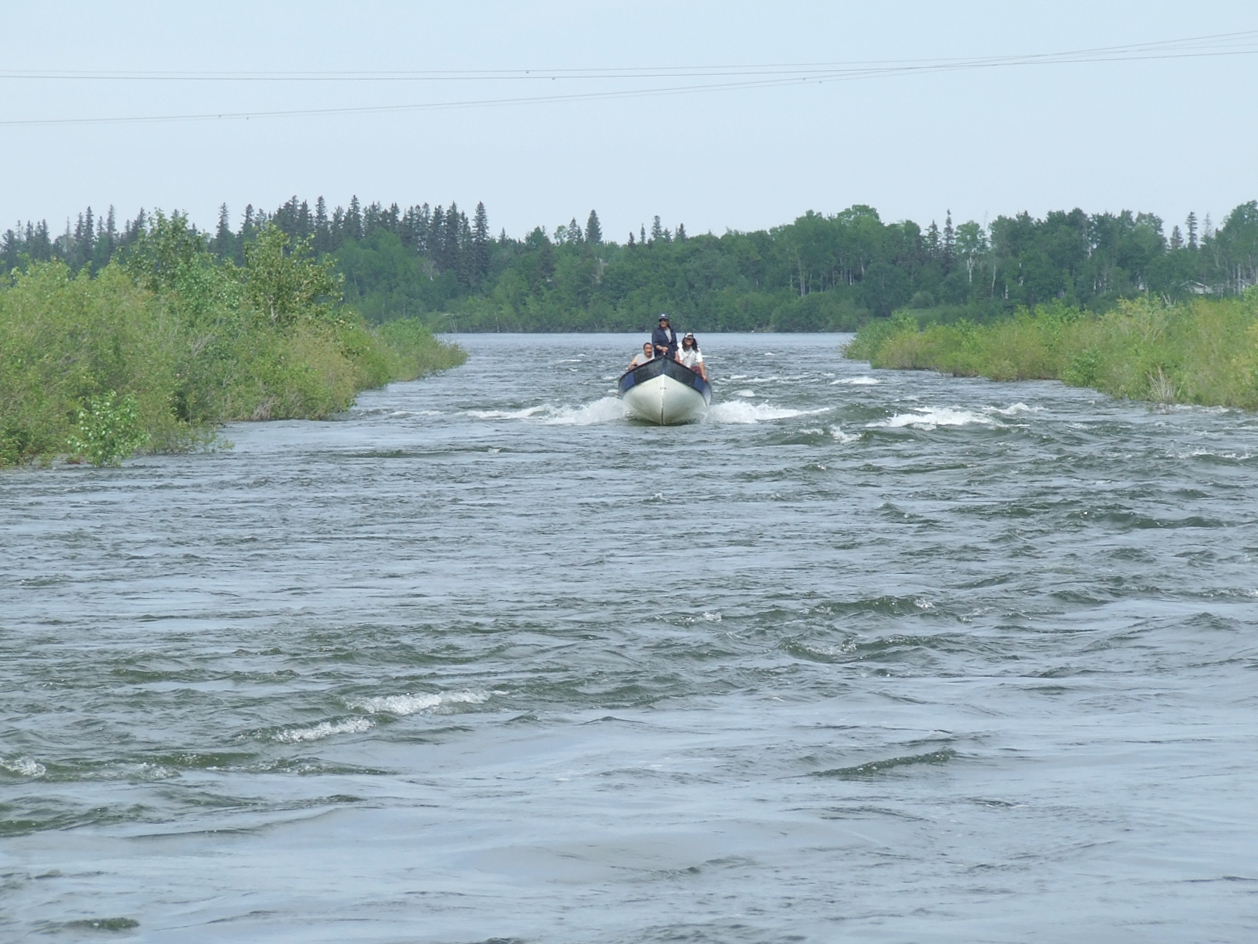 About 85 to 90 per cent of commercial fishers on Lake Winnipeg are Indigenous or Métis, supporting their communities through an industry that is often the sole source of income.

Long before the notorious algae, they noticed more subtle indicators or naga jitoon in fish behaviour and migration patterns which hinted something was amiss.

Hydroelectric projects and infrastructure to control flooding in southern cities and on prime cottage land has brought debris and fluctuating water levels to Lake Winnipeg – confusing fish and suffocating their spawning beds.

“Within the last 15 or 20 years, the fish have relocated. Those that would normally be in the spring spots are now in their fall spots,” says Dr. Ballard. “The fishers used to just go and set their nets; now, they have to add extra floats to keep the nets off the bottom because the fish don’t bottom feed anymore.” 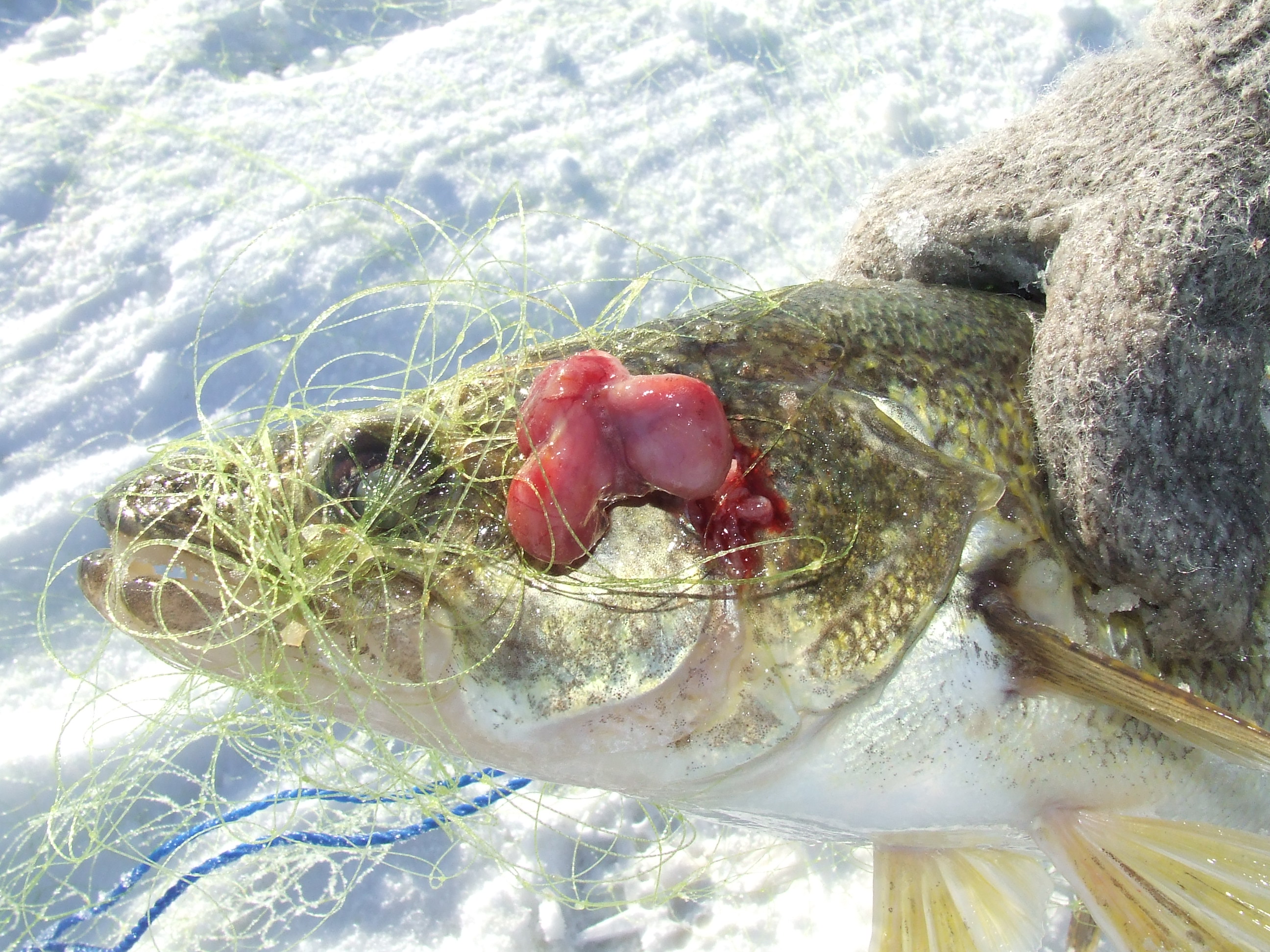 A fish in a net with an external tumour

Physical abnormalities have appeared, too, with more and more fish showing up in nets with cysts, missing fins and eyes.

Growing up in one of the affected communities is what drove Dr. Ballard to approach the problem using Indigenous Knowledge Systems.

“From as far back as I can remember, my mother told me kikanjigaywiin which was a reminder to respect what was around me, whether it’s plants or animals, and not to disrupt or alter anything. If the natural laws are impacted, we say, njinay, then the whole system is impacted.”

After decades of inaction from government and industry, she is hoping her research will enlighten non-Indigenous leaders and scientists of the invaluable role of Indigenous Knowledge Systems in fisheries management through ongoing dialogue and respect.

It will also provide the framework for a land-based course that will see science students at the University of Manitoba learn about aquatics management from the perspectives of both Indigenous Knowledge Systems and Western science.