As a boy, Digvir Jayas got up early. His grandfather got up at 4 a.m., got ready for work, and woke him up to go to their farm in the Indian countryside.

It was a small farm by Canadian standards. They raised cattle and water buffalo and planted two to three rotations of crops per year — millet, pulses, cereals, melons and vegetables.

These were tended mostly with hand tools, and as young Digvir worked, his grandfather would make him think.

His grandfather was a poet. He’d recite poetry and decipher the words for his grandson. He’d tell him stories from the Hindu scriptures.

He’d also make his grandson do math problems — simple algebra. A farmer sells ‘x’ amount of milk. Water buffaloes, cows and goats each produce a certain amount of milk. How many of each animals does he have?

“I must have enjoyed not only learning but also telling others how easy it is or how to do it,” Jayas told the Manitoba Co-operator.

In the third grade, his teacher would ask him to explain math problems to the other kids.

Many years later, Jayas still rises very early, still teaches others, and still concerns himself with farming — just on a very different scale. 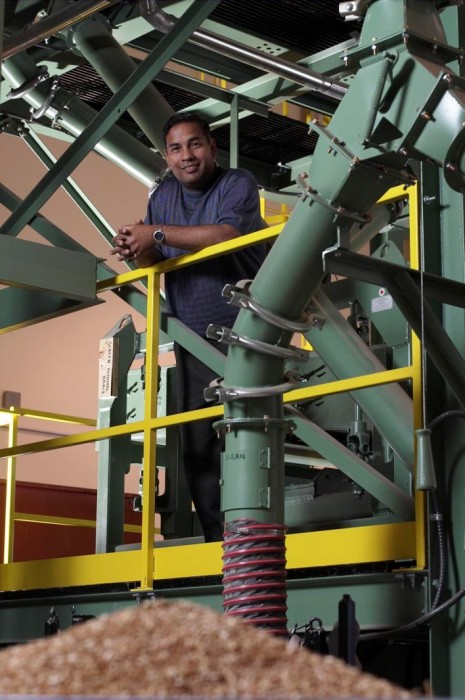 This September, the Royal Society of Canada awarded Jayas the 2019 Sir John William Dawson Medal. The prize is awarded biannually to recognize “important contributions of knowledge in multiple domains,” according to a University of Manitoba news release.

Jayas, who is vice-president (research and international) at the University of Manitoba, also received the Order of Canada last November.

These and other awards recognized him as a world leader in grain storage studies. He was one of the first to demonstrate that airflow resistance is lower when air is forced horizontally through grain instead of vertically, according to the Canadian Society for Bioengineering.

Jayas designed a concept for a horizontal airflow dryer and printed the design in a farm media publication rather than patenting it. He then spoke at conferences and explained his research to people until companies started to adopt horizontal air-flow drying methods.

He and his graduate students have developed tools to monitor grain quality and studied how grain changes as it spoils. They developed a “Grain-o- bot” to help automate grain handling without cross-contamination.

Jayas said the most rewarding work he’s done is to reduce how much grain spoils in the world, and therefore making more food available for people.

In a 2013 op-ed published in the Co-operator, Jayas estimated that 20 per cent of grain spoils each year worldwide, which at the time he said meant 494 million tonnes of grain loss.

“So you can imagine how important that grain economy is and how much is being lost,” Jayas told the Co-operator on September 24. He stuck by his 20 per cent estimate.

Jayas has travelled across the countrysides of Ukraine, India and China where he spoke to farmers and about the issues they face in keeping grain from spoiling. He said in many developing economies, small landholders don’t have the resources to implement best grain preservation practices.

Some are storing grain in bags in their homes or in pits where the grain is vulnerable to birds, mice and insects.

“I think the government has to start thinking that the grain is a national asset and to start providing the infrastructure to store that grain and maintain its quality rather than leaving it with the farmers who don’t have the resources to maintain the quality of the grain,” he said.

Jayas spent time consulting in Ukraine, where some of his designs were built. He said other countries have also begun to change their storage systems.

While governments need to act, he added that farmers in these developing economies can band together in co-operatives and pool their resources. 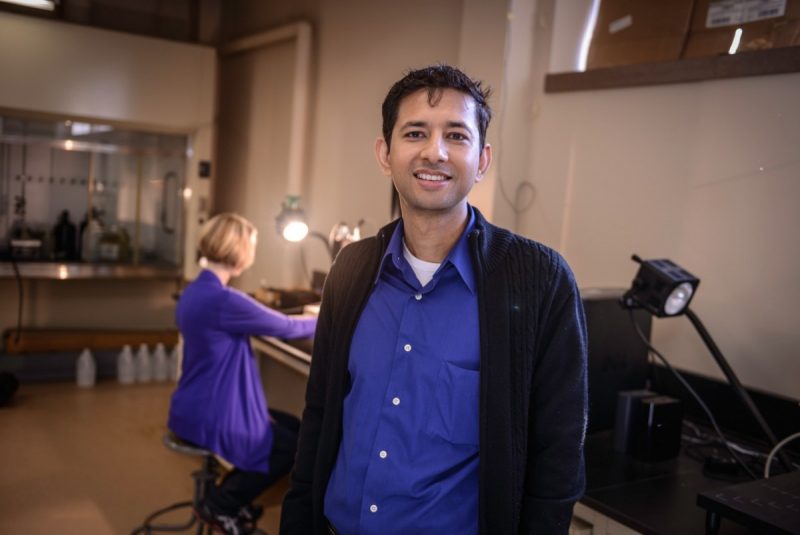 Jatendra Paliwal: I consider myself blessed and very fortunate to have worked with Jayas.

At the University of Manitoba, Jayas is known as a kind mentor with a fierce work ethic.

Jayas said he’s found it rewarding to work with so many students who are now distributed around the world.

“He leads within his category and motivates people to do the same,” said Jitendra Paliwal, who is a professor of biosystems engineering at the University of Manitoba. He did his master’s degree and PhD with Jayas.

Paliwal said Jayas would set high expectations without pressuring students. He set a high standard for himself and his students followed.

It was hard to complain about being busy, Paliwal recalled. He knew Jayas probably had a thousand more things to do. He figured Jayas probably got three or four hours of sleep per night.

Russel Parker had no intention of going into agriculture before meeting Jayas. Parker, who now owns an agricultural engineering project management company, was planning to go into biomedical studies.

Parker met Jayas in research meetings while working as a helper for a post-grad student. “He showed me that there was more to agriculture — it was intellectually challenging,” Parker said.

He went on to work closely with Jayas as an engineer in training and while completing his master’s degree.

He was impressed with how Jayas made time for his students. Parker said “there was no hour” he couldn’t email or text Jayas and get a response. He was kind and under- standing even when angry.

“I consider myself blessed,” said Paliwal, and “very fortunate” to have worked with Jayas.