Dr. Vishnu Nandan was on board the icebreaker R/V Polarstern for four months, unaware of the impact of COVID-19. [Credit: Alfred-Wegener-Institut / Esther Horvath (CC-BY 4.0) ]

Dr. Vishnu Nandan is a radar remote sensing expert on Arctic and Antarctic sea ice, and a post-doctoral researcher at the UM Centre for Earth Observation Science (CEOS). He has only recently returned from the High Arctic where he was part of a team of researchers on the German research icebreaker R/V Polarstern as part of the Multidisciplinary drifting Observatory for the Study of Arctic Climate (MOSAiC) International Arctic Drift study. Representing Canada, he was the only Indian national among 64 scientists from 12 different countries, and was interviewed for a feature in the scientific journal Nature India. 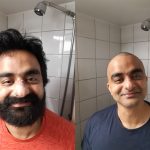 On board the scientific expedition, Dr, Nandan was using satellite- and ground-based radar data to improve the accuracy of critical snow and ice parameters such as snow depth, sea ice thickness, and the formation and melting of sea ice.

Nandan explained: “My research work focused on deploying radar sensors on ice, operating at multiple radar frequencies, to improve the accuracy of retrievals of above mentioned parameters which will ultimately help the radar satellites to provide improved and accurate estimates.”

He added: “These parameters from our measurements will help us improve climate models which help us accurately predict weather, monsoon timing in countries like India, and extreme events such as cyclones and flash floods.”

Remarkably, Nandan and his crewmates were isolated on board the R/V Polarstern for four months in almost total darkness during the long Arctic night. They were unaware of the seriousness of the pandemic unfolding south of them.

He said: “With the COVID-19 crisis, there was a lot of uncertainty about our returning home. With all countries closing their borders on us, we were worried about our safe return home. At one point, I was even ready to stay back for the next leg, until May or June. But then we were allowed to get back home to our families while following all protocols.”

When asked about the first thing he did when he came back home to a world in the midst of the pandemic, Nandan replied: “The first thing I did was to eat a sumptuous meal made by my wife. Currently, I am following the Canadian rule of 14-day mandatory self-isolation.”