Inside the Oil in Sea Ice Mesocosm at UM's Churchill Marine Observatory a research team will see if microbes can degrade oil spills in the Arctic marine environment.

$6.7 million in funding from Genome Canada and Genome Prairie

The Arctic Ocean has lost, and continues to lose, significant amounts of sea ice due to climate warming. With this comes large increases in ship traffic and the probability of an oil spill. Damage caused by such a spill could have devastating impacts on the local wildlife, food security and human health, particularly to coastal Inuit communities – the segment of Canada’s population that bears the greatest risk related to oil spills in the Arctic.

Drs. Gary Stern and Eric Collins lead GENICE II. The duo are members of the Centre for Earth Observation Science in the Clayton H. Riddell Faculty of Environment, Earth, and Resources. The multidisciplinary research team includes collaborators at McGill University and the National Research Council Canada.

“I congratulate the GENICE II team on their success in receiving this competitive national funding,” said Dr. Digvir Jayas, Vice-President (Research and International) at UM. “This research will inform effective policy and governance to ultimately prevent, prepare and respond to Arctic marine spills.”

The field of genomics has advanced rapidly over the past two decades as new technologies have led to a tidal wave of DNA sequencing, supported in part by Genome Canada and Genome Prairie.

“Policymakers will gain evidence and learn from this unique partnership project to more accurately inform preparedness and emergency response in the event of an oil spill in the Arctic,” said Lisette Mascarenhas, Chief Scientific Officer at Genome Prairie. “Microbes play an essential role in the Arctic Ocean ecosystem due to their place at the base of the marine food web and as natural filters for cleaning up contaminants, but fully understanding their roles requires genomics.”

Oil spills in the Arctic are an international problem that are only likely to worsen in the future. In May 2020, a spill of 17,500 tonnes of diesel oil occurred into a Russian Arctic river that led to the contamination of nearly 200 kilometers of shoreline, with ongoing cleanup costs estimated at US $2 billion. 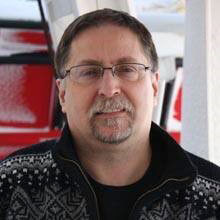 “The research involves the co-development of a community-based monitoring program with our Inuit partners from the Northwestern Kivalliq communities of Baker Lake, Arviat, Chesterfield and Rankin Inlet,” says Stern. “As part of the project, we will be conducting a series of controlled oil, sea water and sea ice experiments in the Ocean Sea Ice Mesocosm located at the recently completed Churchill Marine Observatory.” An official opening of CMO will take place in 2022.

Cutting edge portable DNA sequencing technologies from Oxford Nanopore Technologies will be implemented in collaboration with Inuit communities to monitor natural populations of microbes that may be impacted by the presence of oil.

“I know well that our community is very concerned about the impacts from increased shipping in our area, including the possibility of a major oil spill,” says Barnie Aggark, Mayor of Chesterfield Inlet, Nunavut and recent Chairman of the local Hunters and Trappers Organization. “We are especially concerned about ship traffic for the gold mine northwest of us, which travels past our community on the shores of Hudson Bay and up Chesterfield Inlet, a narrow and risky shipping route to Baker Lake. The inlet is a rich and sensitive ecosystem that is a highly important area to our community and any spills would flow down the inlet and through our hunting and fishing areas, damaging the environment and our marine mammals that are already impacted by the shipping.” 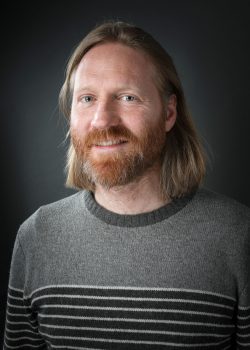 This project will train a new generation of Canadians in large-scale applied genomics research and benefit Canada through advances in policy and governance of marine oil spill prevention, preparation and response.

“Hundreds of billions of base pairs of DNA sequence will be generated during the course of the project, to identify the naturally-occurring microbes responsible for cleaning up oil in the Canadian Arctic,” says Collins, a Tier 2 Canada Research Chair in Arctic Marine Microbial Ecosystem Services.

This project was funded through Genome Canada’s 2020 Large-Scale Applied Research Project Competition: Genomic Solutions for Natural Resources and the Environment. The Honourable François-Philippe Champagne, Minister of Innovation, Science and Industry announced this on July 22, 2021.