Hydrogen gas was banned for use in airships based on misinformation and outright falsehoods 100 years ago. // (Piqsels)

What do tomatoes, hemp and hydrogen gas have in common? Only one thing: they were all victims of misinformation that banned their use. Harmless products that could have had a positive role in the economy and society were shunned for generations.

It seems incredible today to think that Europeans believed tomatoes were poisonous for about 200 years. People did get sick, and some died after eating tomatoes. The culprit was pewter dishes favoured by the upper classes. Tomato acid leached out enough lead out to be poisonous.

The world deprived itself of tomatoes for generations due to unfounded fears they were poisonous. // Image from Pixabay

The advent of porcelain dishware and Italian pizza finally sorted out the real problem. But once a myth is born, it can be hard for the truth to emerge. Europe lagged a long time behind North America in tomato consumption.

The prohibition of hemp, the fibre of the cannabis plant, has a more nuanced story and competing explanations. Some accounts sound like conspiracy theories.

The alleged conspirators were industrialists in paper, plastics and pharmaceuticals who sought drug regulations to eliminate hemp as their competitor. This is difficult to prove, but economist George Stigler’s seminal article in 1971 on the economics of regulation lends support to the theory.

The best-documented cause of hemp’s vilification is racism. Notable racist slurs by U.S. government official Harry Anslinger, who drafted the Marihuana Tax Act of 1937, leave no doubt of his bias. As commissioner of the Federal Bureau of Narcotics, he targeted racialized minorities who used hemp plants.

The fear-mongering has ended in most places and important uses for hemp and cannabis are making a valuable contribution to health care, nutrition and fibre. But the stigma of the false claims continue, as does prohibition in many places.

Unlike the prohibition on hemp, hydrogen gas bans in the United States and Canada are extremely narrow. It’s legal to use hydrogen for almost every conceivable purpose, except one: as a gas to provide buoyancy for airships, more commonly known as blimps (although there are differences between airships, blimps and dirigibles).

In fact, Canada still has a ban enshrined in its air regulations that states: “Hydrogen is not an acceptable lifting gas for use in airships.”

Helium was discovered in natural gas in Kansas in 1903, and an experimental refinery was built in Texas in 1915. At great expense, a few barrage balloons were filled with helium during the First World War.

After the war, the need for helium was unclear. But officials from the U.S. Bureau of Mines wanted to protect their newly established helium refinery. They took advantage of the Roma airship accident in 1922 to sell helium to the military.

The Roma was a hydrogen-filled, Italian-built airship sold to the U.S. army. During trials, its rudder broke and the airship crashed in Norfolk, Va., hitting power lines during its descent. All 34 crew members were lost. 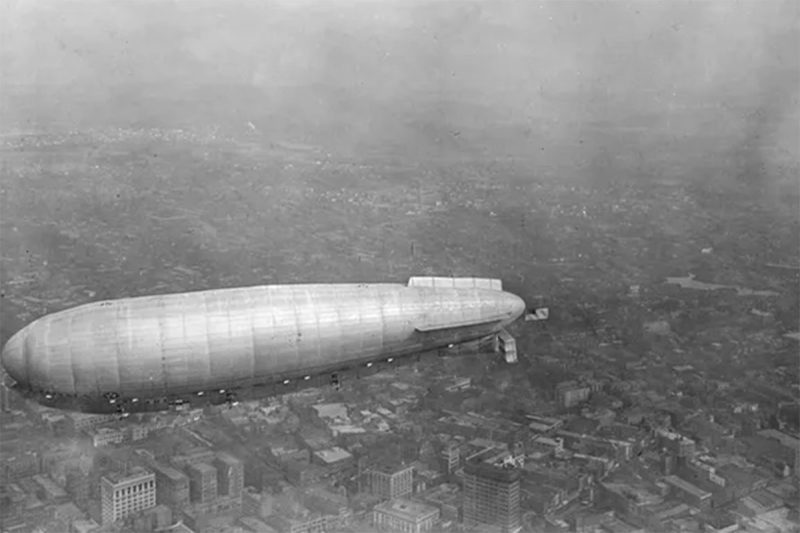 Spreading a falsehood via the media that the crew would have survived had the airship had been filled with helium, the Bureau of Mines was given an audience in Washington, D.C. Before Congress, they staged a demonstration with two balloons and a burning splint.

The one filled with helium doused the burning splint. The one marked hydrogen would have put the flame out too, if it were more than 75 per cent pure, but contaminated hydrogen gas is explosive. When the burning splint touched the balloon, it went off like a cannon, rattling the windows in Congress.

Based on this poorly designed high school chemistry level experiment, U.S. politicians banned the use of hydrogen in airships.

After the Second World War, when the U.S. became the dominant world air power, its regulations were rubber-stamped into the laws of other nations, including Canada. This is how Canada came to have a regulation banning hydrogen in airships that is grounded in neither science nor engineering research. The ban stems from a political decision made in a foreign country 98 years ago based on misinformation.

Read more: Hydrogen trains are coming – can they get rid of diesel for good?

The prohibition on hydrogen has held back research and created doubts about the economic viability of airships that must depend on scarce, finite supplies of helium.

Lies and misinformation have consequences. Canada needs a transportation solution to the chronic problems of food insecurity, crowded housing and poverty in remote Indigenous communities.

Hydrogen-filled cargo airships could do for the Northern economy what the railways did for Western Canada 125 years ago. In the 21st century, myths and misrepresentations should not go unchallenged. Regulatory decisions made when we were still hand-cranking cars should either be justified or removed from the books.