For the first time in its history, the Canadian Engineering Competition, hosted by the University of Manitoba Engineering Society, was held in the city of Winnipeg from March 6-8th, 2020. Teams from across the country converged in the city’s downtown and the host team did not disappoint in delivering an exceptional conference filled with competitions, social events and a tour of the Canadian Museum for Human Rights.

At the awards gala, teams representing the Price Faulty of Engineering claimed victory in the category of re-engineering, making them the best in all of Canada. The innovative design and senior design teams each took home 2nd place in their respective categories.

Best in the Country

Emma McTavish and Michael Remple Boschman can officially say they are the best re-engineering students in the country. The team of two tackled two different cases at the competition. The first to utilize the decommissioned railways in Manitoba in a way that benefited the surrounding communities, and the second, to re-engineer three common household wastes to make them more environmentally friendly. For the first case, the team developed a manure pipeline to distribute manure from hog farms to wheat farmers in Southern Manitoba. For the second case, they designed a modular toothbrush that reduced toothbrush waste by 95%, a fully biodegradable coffee pod that could be packed and sold by local coffee retailers, and a re-usable container distribution and reimbursement program to eliminate single-use takeout containers in Manitoba.

Both McTavish and Remple Boschman credit their success to hard work and outside the box thinking.

“This win shows that hard work really does pay off, with the time and effort that goes into the cases it’s  nice to be recognized for it.” The pair said shortly after the win “It’s very humbling and absolutely surreal; it really shows the quality of students that the Price Faculty of Engineering at the University of Manitoba produces. Competitions like CEC are important because they bring students from all over Canada together, connecting the future of the engineering community. The connections we have made at engineering competitions throughout our case competition career have been some of the most meaningful.” 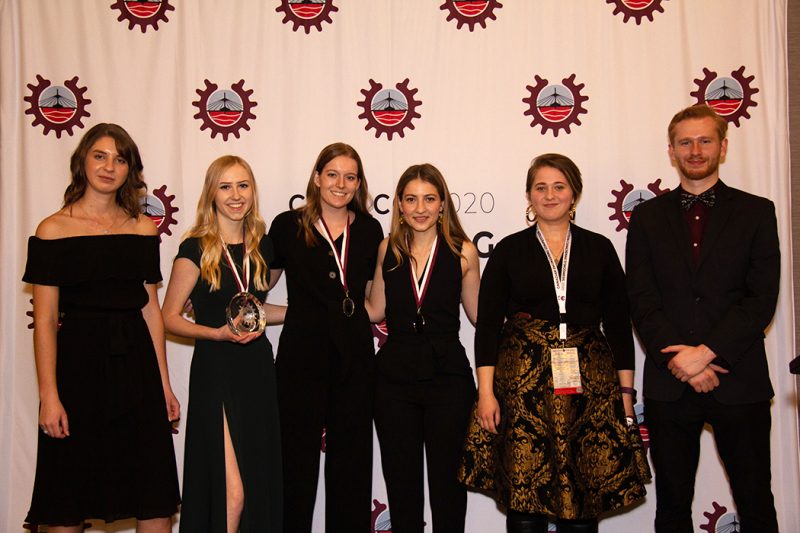 The biomedical design team (BMED) who have won numerous times for their wheelchair foot lift took home 2nd prize, narrowly missing the top spot to the University of Waterloo. Their design is no stranger to the poll at competitions winning 1st at WEC last month and 1st at the Consortium of Multiple Sclerosis Centers Design for Rehabilitation Competition. The team was represented by Jessie Robertson, Josée Rosset, and Robyn Birch. 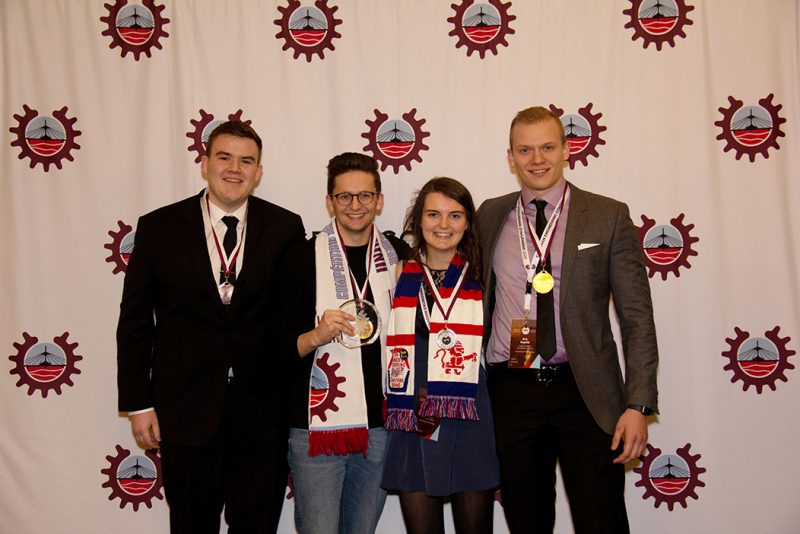 The senior design team walked away with 2nd in their category. The team was tasked to build a prototype agricultural robot to harvest crops from a field and sort the crops based on their shape and color. All teams had a maximum of 8 hours to design, build, and program their prototype robot using materials such as Arduino microcontrollers, VEX robotics components, and other miscellaneous electro-mechanical components. Team members were Connor Tompkins, Eric Kapilik, Ryan Shaski, and Sarah Johnson.