‌Let’s say you want to know how many asylum seekers came to Canada from Iran in 2020. Where do you go to find out? What if you want to apply for a grant to start an after-school program in Lethbridge and you need to know how many 14-year-old refugee children live in the area?

Now, you can click a mouse button and find the answers. 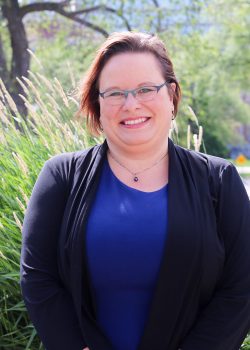 Lori Wilkinson, a Canada Research Chair in Migration Futures and a professor of sociology at the University of Manitoba, had an idea to create a digital map anyone could use to look up answers to such questions. She then teamed up with researchers at the University of Saskatchewan’s Canadian Hub for Applied and Social Research (CHASR) to create the Canadian Immigration Research Portal, which they will publicly unveil at the international Metropolis Conference on Identities and Immigration, hosted by the University of Manitoba from October 19-21 in Winnipeg. Wilkinson, whose primary research focus is on immigrant and refugee resettlement, is the academic chair of the conference.

“Accessing data is hard if you don’t have connections or statistics knowledge, and even if you do, prior to this map, much of this data could be expensive to obtain,” Wilkinson says. “So we took data tables and put them in an easy-to-use map and now it’s a powerful tool anyone can use, and I think that is the biggest benefit: we’re giving greater access to data, and as a citizenry, we shouldn’t have to sift through tables to find useful data.”

This new tool provides statistical demographic data to the public thanks to an agreement the researchers made with Immigration, Refugees and Citizenship Canada.

The portal has already been used by policy analysts, researchers, NGO workers, and students across Canada, and has been used to create a pamphlet for the Winnipeg municipal election, informing candidates about Winnipeg’s demography.

“We are excited to see such important data is being made accessible to grassroots communities,” says Reuben Garang, Director of Immigration Partnership Winnipeg, who has used this platform already. “This will inform discussions and programming among local partnerships, settlement sector, different level of governments, business, ethnocultural, Indigenous and newcomer communities.”

Faculty of Arts, Research and International