Have you ever noticed that time seems to slow down sometimes? Like when you are waiting in line at a bank or grocery checkout, and it just seems to take forever?

During the peak of the pandemic, and mid-lockdown, many people reported they felt their days dragged on, inducing fatigue and making some tasks almost unbearable during “COVID time.”

An interdisciplinary team of researchers studied this effect of the COVID-19 pandemic, called Blursday, to understand how our perception of time is malleable and influenced by many factors. Blursday was the altered sense of time and difficulty in determining the day of the week during the lockdown.

Dr. Fuat Balci, a UM biologist and part of the research team, notes: “A new lingo emerged during the COVID-19 pandemic to capture the altered psychological state under the extraordinary conditions imposed by the pandemic such as the lockdown and social isolation, including doomscrolling and Blursday.” 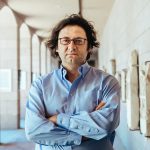 The researchers had volunteers answer a questionnaire and perform 15 behavioural tasks, such as estimating how long they had been logged on to the study’s website. They were also asked to guess if a stated time interval was shorter or longer than they experienced to test how the pandemic affected temporal awareness.

A similar effect is experienced while waiting in line at Starbucks, for example.

“Whenever a situation causes you to pay more attention to time, it will have a similar effect,” Balci explains. “This is why magazines are made available in doctors’ waiting rooms. And don’t watch your egg boil because it will seem to take longer.”

The pandemic lockdown created this time effect because sleep patterns, level of physical activity and daily routines changed during the lockdown along with increases in depression and anxiety.

Balci says: “These vast changes were experienced by virtually the entire world population. We were already investigating how these factors affected our sense of time and in a sense the lockdown introduced a natural experiment to address the same research questions that we used to study in the lab.”

He adds: “From earlier research, we know that cognitive, affective and physiological factors influence our sense of time and these factors were largely affected during the lockdown. Time perception is malleable given that it is the pure product of our brain with no objective reference in the external world, unlike vision for which we have a dedicated sensory system that processes external stimuli.”

Balci says: “The effect of aging on subjective time is a contemporary research topic particularly given the anecdotal evidence that time passes faster as we age. But in the lab setting, we see the effect of age on time perception particularly when the cognitive system is taxed, like making a time judgment when trying to remember a list of words or when the attention is divided between different tasks.”

He concludes: “Slowed sense of time does not feel good; it would be nice if pleasurable events felt longer. Waiting in your apartment for the pandemic/lockdown to end so that you can again enjoy what a normal life used to offer is certainly not one of those activities. When you add the uncertainty and anxiety into this picture, it certainly gets even worse.”

The team of which Balci was part consisted of scientists from disciplines including science, engineering, psychology and medicine, and from countries including France, Japan, India, Argentina, England, and Canada. The results of the truly international and interdisciplinary Blursday study were published in the journal Nature: Human Behavior.