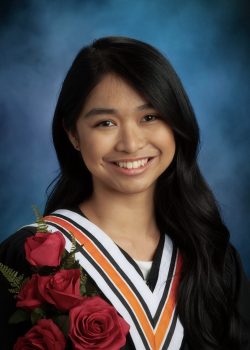 A 16-year-old student at Winnipeg’s St. John’s High School won a coveted $100,000 scholarship to study engineering, and her guidance counsellor who nominated her for the award says it couldn’t have gone to a more deserving person.

Darlene Sofia Cuevas is one of 100 recipients of prestigious Schulich Leaders scholarships, which are given to undergraduate students studying science, technology, engineering and math.

Cuevas remembers getting a call from the organization and thinking it was for an impromptu interview.

“I just remember my body started really shaking and after the call I just broke down crying and I felt really grateful,” she told CBC Manitoba TV news host Janet Stewart on Wednesday.

The scholarships are given on the basis of academic excellence, leadership, creativity and charisma, all of which Cuevas has in spades, her guidance counsellor says.

“There’s something about Darlene that I don’t have a word for, that’s a very, very special quality.… Just something bright on the horizon to see what Darlene will do with her life and with her gifts, which are many,” Phoebe Proven said.

“I am just so excited to see what Darlene chooses to do in the future. I think we’re going to see some world-changing things.”

Cuevas plans to study biosystems engineering at the University of Manitoba and is very excited to start studying, albeit virtually for now.