This year, as the annual competition turns 10, the panel selecting the winners received 221 submissions from 57 countries, from which they picked just three winners, said Peter Hargraves, the event’s producer….

‘Ice musician’ will perform in U of M-designed hut

Those huts will join two created by designers invited to make huts.

Each year, a warming hut spot is designated for the University of Manitoba’s faculty of architecture, which dean Jonathan Beddoes says gives students the chance to bring their designs to life.

“They also face down the challenge of getting it onto the Red River skateway, regardless of whatever a Winnipeg winter can throw at them,” he said. 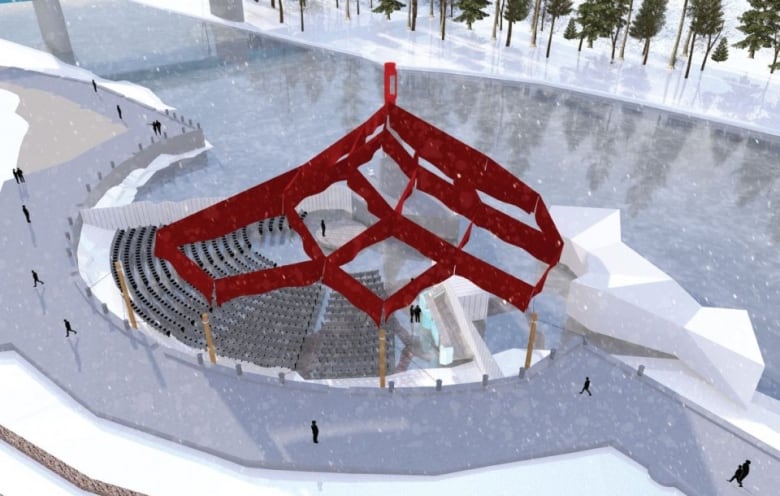 This year, U of M students designed Pavilion Sub-Zero, described as “a shimmering, colourful cloud floating above performers and audience members in The Forks Historic Port, the heart of the Red River Mutual Trail.”

Loosely based on the design of a star blanket, it will be a “tensile structure [that] will support ‘the cloud’ of screens that will animate the entire space with colours and varying levels of luminance, creating an infinite array of patterns on the ground,” the designers say. 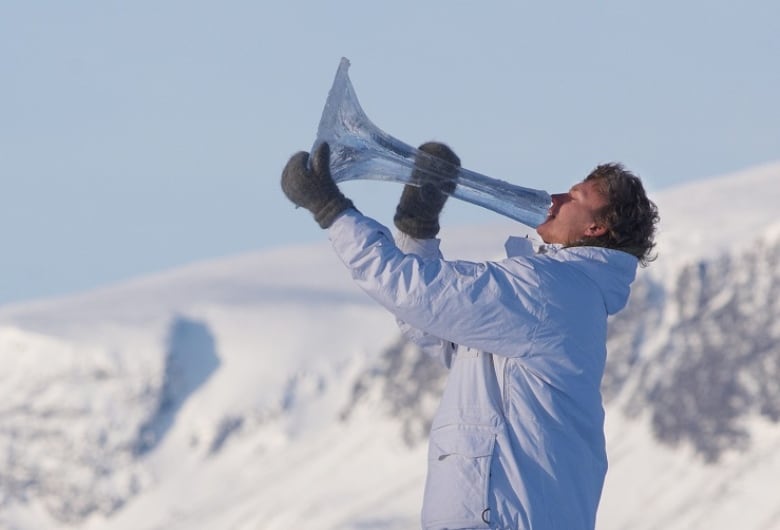 And competition organizers have also invited “ice musician” Terje Isungset — a Norwegian musician who builds his own instruments out of ice — to perform at the U of M-designed hut along with the Winnipeg Symphony Orchestra during the New Music Festival.