Alumnus races to a podium finish in France

The championship series, initiated by Vincent Vigier, with the support of Michelin and other partners is comprised of seven weeks of racing with four in France and three in other parts of Europe. 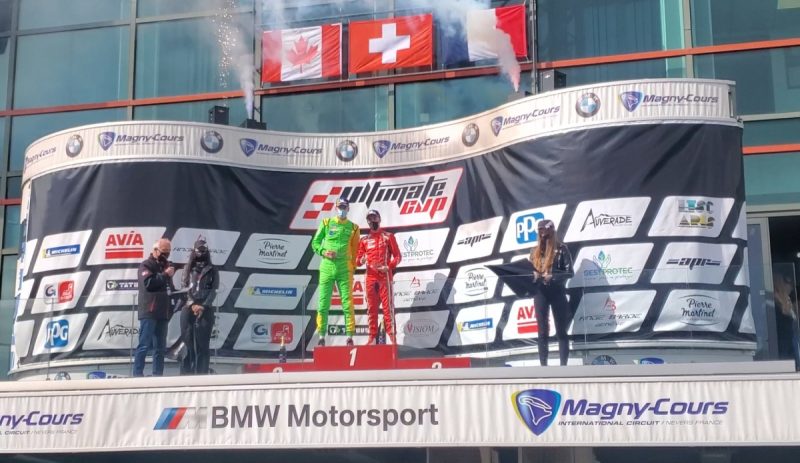 David Richert on the podium in Magny-Cours, France

Winnipeg-based Richert is one of the premier up-and-coming racecar drivers in the world and is a member of Inter Europol Competition, a team based in Warsaw, Poland. Along with racing, Richert is also the owner of Richert racing, a company he launched in 2013 by raising investment capital while he was a BComm student at Asper. His company has represented numerous world-class brands through creative partnerships with a goal of providing his partners a positive return in value for their marketing dollars.

“I am hoping to take care of the business side of the sport (raising the money needed) so I can compete in the 24 Hours of Le Mans within the next couple of years,” said Richert. “Even greater than that, I would love to have success with that business component so I can return money to the investors who have given me a chance to chase my dream with Richert Racing.”

While Richert’s company is based in Winnipeg, he spends most of his time racing overseas.  “If you want to drive race cars at a high level, you go to Europe,” said Richert.

The full story of Richert’s Ultimate Cup Series results from a September 28th announcement below.