The University of Manitoba is pleased to announce the following acting dean and director appointments. 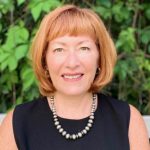 The University of Manitoba is proud to announce that Dr. Karen Wilson Baptist, both an imaginative and practical thinker, has been named Acting Dean of the Faculty of Architecture, effective July 1, 2020.

Dr. Baptist received her undergraduate degree in fine arts at UM, followed by a master of education, before earning her PhD in landscape architecture at Edinburgh College of Art/Heriot-Watt University.

UM looks forward to seeing its venerable Faculty of Architecture grow under her leadership. 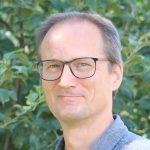 Dr. Falkenberg began his studies in education at the Free University of Berlin where he obtained a doctorate in linguistics before going on to earn a Post-Baccalaureate Diploma and doctorate in curriculum theory and implementation from Simon Fraser University.

Since joining UM, he has served as professor and Associate Dean, Graduate Programs & Research, in the Faculty of Education. He is currently leading numerous research projects on improving well-being and well-becoming in schools. He has been editor or co-editor of publications on the topic, including Indigenous perspectives on education for well-being in Canada and sustainable well-being: Concepts, issues, perspectives, and educational practices.

UM welcomes Dr. Falkenberg’s holistic approach to teaching in this new leadership role in the Faculty of Education. 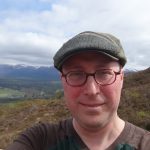 Dr. Frederiksen began his geological studies at McGill University before earning his master’s and PhD in geophysics (seismology) at the University of British Columbia. He briefly taught at University of California, Santa Cruz before arriving to UM in 2002 as an assistant professor. He has since served as Acting Associate Dean in 2013, Associate Dean (Academic) in 2019, and on numerous occasions has served as Acting Department Head for brief periods.

The UM is again grateful for his willingness to assume a leadership role. 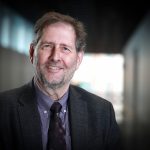 Dr. Edward Jurkowski, a strong leader and passionate advocate for music and the arts, has been appointed Acting Director of the School of Art, effective July 1, 2020.

The University of Manitoba thanks Dr. Jurkowski for his dedicated service to his alma mater. 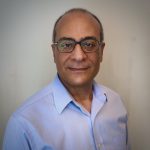 Dr. Nariman Sepehri, an engineering and education visionary, has been named Acting Dean of the Price Faculty of Engineering, effective July 1, 2020.

Professor Sepehri began his studies in mechanical engineering at Sharif University of Technology in Iran before earning his Master’s and PhD degrees in controls and tele-robotics at the University of British Columbia. He joined UM in 1991 and has served in key administrative roles including Associate Head of mechanical engineering (research and graduate studies) and Associate Dean of Engineering (undergraduate programs).

Dr. Sepehri’s exemplary contributions to advance all aspects of Canadian engineering have helped grow the Faculty and pave the way for the next generation of engineers in Manitoba. His role in creating a strong environment for collaborative research between engineering and health sciences, modernization of shared teaching laboratories, development of new courses in emerging areas, and outreach initiatives such as ‘Engineering is for Girls’, has aided the collective growth of the engineering community both at home and across the country.

UM thanks Dr. Sepehri for undertaking this important role and looks forward to seeing him enact further positive changes in the Price Faculty of Engineering.