As the Winnipeg Free Press reports:

A local engineering student has earned an award honouring the memory of 14 women who lost their lives in the École Polytechnique massacre on Dec. 6, 1989.

Abby Koch, a fourth-year student in biosystems engineering at the University of Manitoba, is the recipient of the $5,000 Marie Carter Memorial Award through the Canadian Engineering Memorial Foundation.

“It was a really big surprise and really exciting. It’s also awesome to be able to have that support for my tuition as well,” said 23-year-old Koch, who travelled to Ottawa last week to accept her award.

“I cried really happy tears. My mom and dad were so excited too. It was a great feeling because they know how much I’ve struggled to get to where I am.”

Abby Koch, a fourth-year student in biosystems engineering at the University of Manitoba, is the recipient of the $5,000 Marie Carter Memorial Award.

Growing up in The Maples, Koch started off as a student in the Seven Oaks School Division. Then from Grades 7 to 12, she attended the Mennonite Brethren Collegiate Institute, where the school’s music programs piqued her interest. 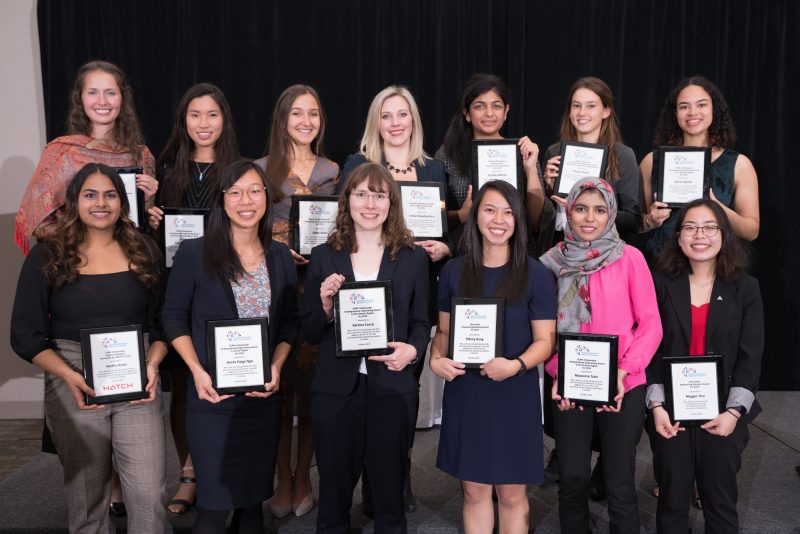 “I was a very musical child and extremely creative. I loved singing in my high school choir and I was involved in other choirs outside of school. I was always singing or playing piano or guitar,” said Koch, who now lives in Fort Garry.

“I actually really despised math. I think people are sometimes surprised to hear that because engineering has its foundations in math. I guess you don’t have to love it, but you do have to understand it.”

After she graduated from high school, Koch pursued post-secondary education in environmental studies. Three years later, she accepted an internship opportunity with Engineers Without Borders Canada in Toronto.

“I was really interested in international development. I wasn’t interested in engineering at all. But when I did the internship, I was around so many incredible people who happened to be engineers. I thought to myself, ‘Maybe I could be an engineer too,’” she said.

Now in her fourth year of her engineering program, Koch persevered and learned the importance of resilience.

“When I come across something difficult, which happens every single day, I don’t just close up and think about dropping out,” she said. “It’s really important to me to just keep going forward.”

This past year, Koch served as the president of the Engineers Without Borders chapter at the U of M campus. She also works to co-ordinate the final year Capstone Design project for biosystems and mechanical engineering students.

“It’s been a lot of project management and process improvement work, which I really enjoy,” she said. “I’m always open to new opportunities.”

For other young people considering a career in engineering, Koch encourages them to give it a try.

“There will be times when you feel like you’re failing and everything’s going wrong but just stick around for a little bit longer and keep working and insist that you can get it right,” she said.

“It’s so fulfilling and there are so many opportunities to change the world with engineering.”