Weighing the risks and benefits of medication use during pregnancy

More than 75 per cent of pregnant women take medications for which little is known about the risks or benefits. Clinical trials usually exclude them to protect their babies. The unintended consequence is that evidence-based guidance is lacking when it comes to deciding whether to keep taking their medications or start a new therapy during pregnancy.

What are the consequences — for both mom and baby — if a woman decides to stop her medication? And are there safe alternatives if she does? 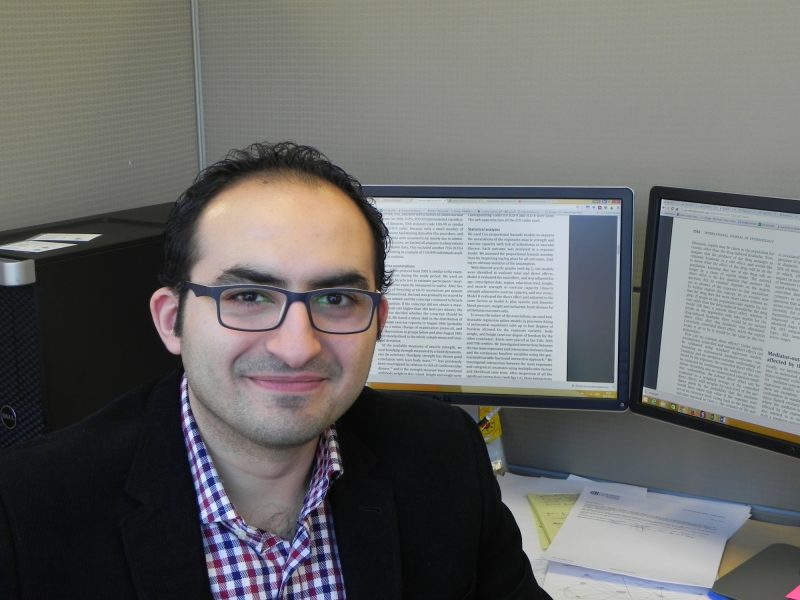 “We know pregnant women with epilepsy for example will sometimes stop their medication because they’re afraid for their baby, says Bérard.

The duo recently received $2.9 million in funding from the Canada Foundation for Innovation to build a country-wide database out of 17 years worth of existing data from Quebec, Manitoba, Saskatchewan, Ontario and Alberta. They will create province-specific databases for a total of over four million mothers and children with up to 22 years of follow-up.

The Canadian Mother-Child Cohort (CaMCCo) Active Surveillance Initiative project aims to quantify the risks and benefits of prescription drug use during pregnancy on short- and long-term maternal and child health outcomes, in order to have meaningful impacts on how medications are used and prescribed during pregnancy and childhood, and on how health policies are implemented. To achieve this goal, large harmonized cohorts are needed. CaMCCo will fill this gap with a state-of-the-art infrastructure that will collect administrative, hospital and birth data.

Adverse drug events are very rare in pregnancy and might happen well after the child is born, so the team needs a big data set. Currently, that data is siloed in each province, says Eltonsy.

“You could have records of 100 pregnant women using a particular medication in Manitoba, 200 in Quebec and different numbers in other provinces,” he says. “If we bring those data together, we can see the signal (about adverse reactions) much faster.”

The multi-disciplinary team will operate the large provincial health databases requires for the study. The use of multi-provincial health data will also provide access to diverse populations and result in the development of a world-class active research and surveillance program in perinatal pharmaco-epidemiology.

The funding will also allow the research team to ensure that information is accurate. Provincial records are designed to help governments keep track of payments to doctors and pharmacists, so Eltonsy and Bérard must fine tune that data to analyze drug outcomes. That requires careful validation. For example, a database may show that a pregnant woman filled a drug prescription at the pharmacy, but not whether she took it. The team will validate those details. The same holds true for records of birth defects, which must be crossed-checked with hospital and medical charts.

When complete, the Canadian Mother-Child Cohort Active Surveillance Program, as the project is known, will be unique not only for its validated data, but also for its decades worth of information

This story was edited from a story that originally appeared on Innovation.ca, the website of the Canada Foundation for Innovation.