Studies show that anyone who makes a suicide attempt is at high risk of making another attempt, or of dying by suicide. 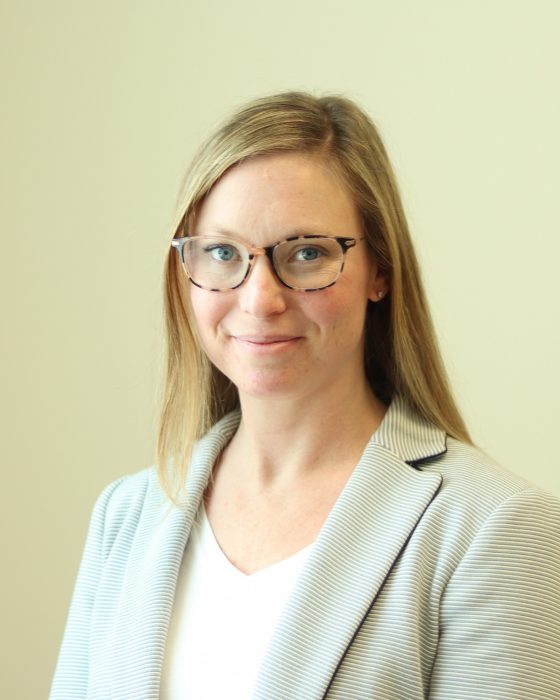 It may seem obvious that someone who has tried to die by suicide needs treatment, says study leader Dr. Christine Henriksen, assistant professor of clinical health psychology at the Max Rady College of Medicine in the Rady Faculty of Health Sciences.

But mental health care can be difficult to access, and research is increasingly showing that people who have attempted suicide derive more benefit from suicide-specific treatment than from therapy for conditions such as depression and anxiety.

“Unfortunately, the majority of Manitobans who make a suicide attempt are not receiving mental health services at all,” says Henriksen, a staff psychologist at Winnipeg’s Crisis Response Centre.

The skills class and the study of its effectiveness are funded by the Health Sciences Centre Foundation.

Since the fall of 2021, Henriksen’s team has led four cycles of Living with Hope, the newly created, 12-week online class. About 10 people from all walks of life have enrolled each time. Everyone referred to the class has made a suicide attempt within the past three months.

The class meets for 90 minutes once a week. Although the class is educational, rather than structured as a therapy group, meeting virtually with others who have experienced intense urges to end their lives is clearly helpful, Henriksen says.

“Suicide is a topic that is incredibly taboo, and as a result very stigmatizing and isolating,” she says. “People really do see that they are not alone.”

For example, “distress tolerance skills” are strategies to help people ride out the peak of their suicidal urges. Participants learn to plan specifically what they will do to get through the worst of their urges – perhaps interacting with a pet or playing a certain video game.

“Suicidal urges are actually time-limited,” Henriksen says. “They are usually really intense for 20 or 30 minutes. If we can ride out that peak, we can get past that tunnel vision that makes us see suicide as the only solution.”

Another skill is “safety planning” – writing down a personal series of strategies and steps to follow when thinking about suicide, including accessing help if necessary.

The class also teaches participants how to think about problems in a more balanced, flexible and realistic way.

“When we’re overwhelmed by intense emotions like sadness, anger and guilt, our thinking becomes more narrow and rigid, like we’re wearing blinders. So we teach people how to take a step back and adjust their thinking.”

Participants in the class who agree to be part of the research study are given standardized mental health assessments five times (before the class starts, at the six-week point, the 12-week point, one month post-class and three months post-class).

“Generally speaking, people are coming out of the class with less frequent and less intense suicidal thoughts, improvements in depressive symptoms and emotion regulation abilities, and a decrease in hopelessness,” Henriksen says.

The researchers expect to finish the data collection in about six months and submit the findings for publication by next winter. They hope to further validate the benefits of Living with Hope by conducting a randomized controlled trial that will compare people who take the class with a control group of people who attempted suicide but did not take the class.

“Ultimately, we hope to roll out this type of programming on a much larger scale,” says Henriksen.

The professor says many people hold the mistaken view that if a person does not succeed in dying by suicide, they weren’t serious in the attempt. “People think the person must not have really wanted to die, or that it was a strategy to get attention. But suicidal behaviours are a signal of real distress.”

Any adult who is experiencing a mental health crisis can go to the Crisis Response Centre at 817 Bannatyne Ave. for help, 24 hours a day.

“We don’t turn anyone away,” Henriksen says.