When teenage girls become pregnant in Canada or the U.S., it’s more and more unusual for them to be married, or get married. The vast majority who give birth under the age of 18 are single.

For the few who are married, is being in that legal partnership linked with health benefits, perhaps because of various kinds of spousal support?

Or could marriage be associated with negative health effects, possibly because a minor who is married may lack autonomy, options or human rights?

Those are among the questions that prompted Dr. Marcelo Urquia to conduct a study of nationwide U.S. birth data, published today in the journal PLOS Medicine. 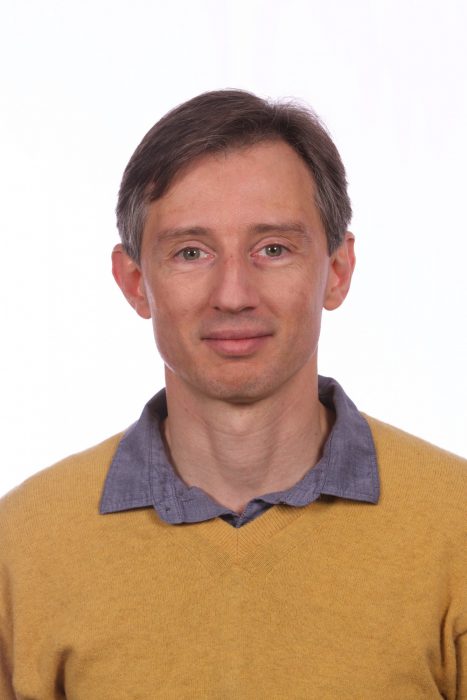 Urquia, associate professor of community health sciences in the Max Rady College of Medicine and researcher with the Manitoba Centre for Health Policy, holds a prestigious Canada Research Chair in applied population health. He is an expert at analyzing population-based databases to uncover evidence that would otherwise remain hidden.

He is interested in understanding health risks using a family perspective. “As a social epidemiologist, I look for sociocultural factors that affect health,” says the professor, who earned his doctorate at the University of Toronto before joining UM in 2016.

For the just-published study, Urquia and a postdoctoral fellow, Andrée-Anne Fafard St-Germain, collaborated with a researcher at the University of South Florida.

“We knew that in low- and middle-income countries, child marriage has negative implications for women’s health and well-being, compared with marrying older,” Urquia says.

“We also knew that in high-income countries like the United States, marriage is associated with positive reproductive health outcomes among adult women. But we wanted to know: Does the protective effect of marriage in a high-income country also apply to mothers under 18?”

Most U.S. states permit marriage under the age of 18, but fewer than 4 per cent of the mothers under 18 were married.

The study found that marriage was associated with an increased likelihood of prior pregnancy termination, repeat childbearing, maternal smoking and infant morbidity (health problems) among births to mothers under age 18. The association of marriage with these indicators was weaker or reversed among births to older mothers.

Marriage was associated with more positive outcomes when looking at factors such as preterm birth, small-for-gestational-age birth, prenatal care initiation and breastfeeding among births to mothers aged 20 to 24. But for births to mothers under 18, or 18 to 19 years old, these beneficial health associations were weaker or absent.

Overall, Urquia says, the findings suggest that the favourable health effects associated with marriage are greatly reduced or absent for mothers under 18.

“Our study wasn’t able to reveal the reasons for these child marriages,” he says. “The reasons might include family pressure, or traditional or religious practices of minority groups.

“One of our striking findings is that in the U.S., a girl under 18 who has a child is much more likely to have another child before turning 18 if she is married.”

The study points to the need for further research on the drivers and consequences of marriage and pregnancy before age 18 in high-income countries, the scientist says.

“Girls under 18 are less empowered than adult women,” Urquia says. “Qualitative research in Latin American countries has shown that many girls in very poor households there may not receive adequate parenting. They may see marriage as a way out of that environment. We don’t know how common that is in North America.”

The study published today is the first in a series led by Urquia, examining the same topic in Canada, Brazil and Ecuador.

“In Canada, marriage under the age of 16 is illegal, but ages 16 and 17 can marry if they meet certain legal requirements,” Urquia says.

“In our Canadian study, which we hope to publish in a few months, we were able to include the age difference between the wife and her husband when the under-18 wife gave birth. That’s another important variable.”