The Measure of Maltreatment

For nearly two decades, Dr. Tracie Afifi has studied the ways in which adults abuse children, the harms that can result, and what can be done to keep kids safe.

The professor in the departments of community health sciences and psychiatry at the Max Rady College of Medicine is an international expert in the field of child maltreatment.

She is often asked how she can bear to work in such a distressing subject area. But the Winnipeg-born scientist – a parent herself – is determined to make a difference in kids’ and families’ lives. 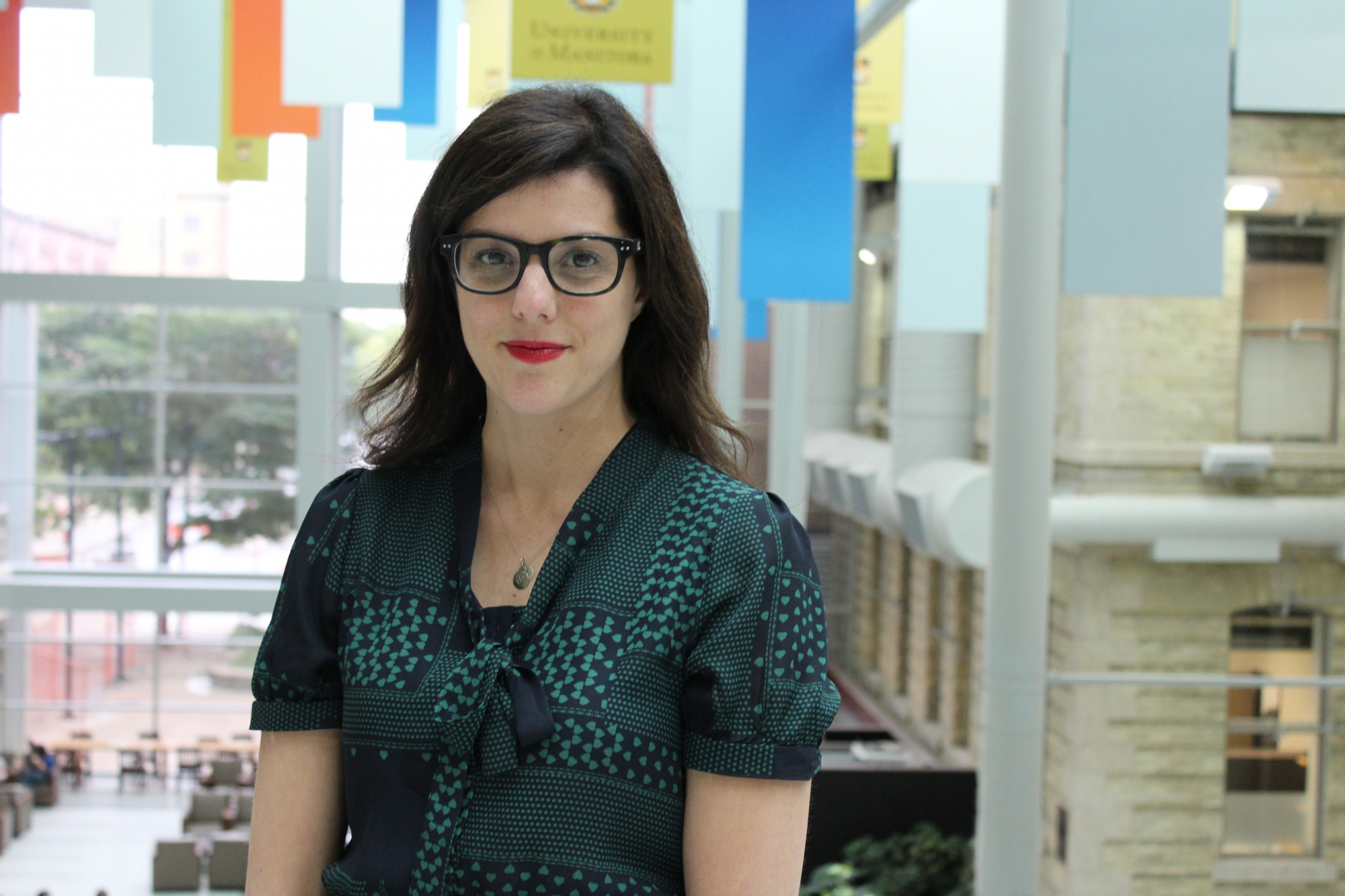 “Our research is often used to advocate for children,” she says. “It provides the scientific citation for why you should not hit kids.”

In 2018, the American Academy of Pediatrics released, for the first time, an unequivocal policy statement saying children should never be hit or spanked. The statement was supported with scientific evidence of spanking’s lifelong harms, including some of Afifi’s findings.

“That was a really important moment for me,” the professor says. “I thought, ‘OK, this is a difficult area, but our work has contributed to positive change.’”

Afifi, a three-time U of M alumna, is an epidemiologist who analyzes Canadian and international health data, and collects her own. Since joining the faculty in 2010, she has been at the forefront of documenting the links between abuse in childhood – including spanking – and mental health problems in adulthood, such as depression, substance use disorders and suicidal behaviour.

Her research also shows that people who are abused as children are more likely to experience violence in adult relationships, and to have physical health concerns such as arthritis and migraines.

In a landmark national study published in 2014, Afifi and her colleagues reported that as children, 32 per cent of Canadians have experienced physical abuse, sexual abuse, and/or been exposed to their parents’ or guardians’ violence.

“Tracie’s work has highlighted just how incredibly common child abuse is,” says Dr. Harriet MacMillan, a distinguished professor at McMaster University who studies family violence. “Her findings have communicated that this is a major public health problem that crosses all sectors.”

In 2014, when basketball great Kareem Abdul-Jabbar wrote a column for Time magazine calling for action on family violence, he cited Afifi’s research. In 2016, when John B. King, U.S. secretary of education, urged state leaders to ban corporal punishment in schools, he referred to Afifi’s findings.

That same year, the Public Health Agency of Canada produced a major report on family violence, citing 12 of Afifi’s studies.

The professor sees her research as supporting a societal shift toward zero tolerance for violence against kids. She feels encouraged when parents say her work has influenced them.

“People say things like, ‘I was considering spanking as a form of discipline, but I heard you on a podcast and I changed my mind.’ People have told me about spouses disagreeing on spanking, and one spouse used our work to change the other’s mind.

“I’ve also had parents say they stopped spanking after they heard me being interviewed.”

The investigator says her focus has evolved from documenting maltreatment to the question: “How do we prevent this from happening, and intervene when it does?”

Afifi, who is affiliated with the Children’s Hospital Research Institute of Manitoba as well as the U of M, earned two recent, prestigious awards, each valued at $100,000: the 2018 Royal-Mach-Gaensslen Prize for Mental Health Research and the 2018-19 Canadian Institutes of Health Research Gold Leaf Prize for outstanding achievements by an early-career investigator.

The prizes are helping to fund a longitudinal cohort study in which Afifi is periodically surveying 1,000 Manitoba teens, plus one parent of each teen. She plans to keep amassing data as the youths grow into adulthood. The aim is to understand why some children who experience adversity are resilient enough to escape mental-health effects as adults.

“We want to identify protective factors that foster resilience at the family, school and community levels,” Afifi says.

Linking the survey results from these 1,000 families with data stored at the Manitoba Centre for Health Policy that traces individuals’ interactions with the health, education, social service and justice systems will allow Afifi’s team to extract findings that are unique in the world.

The epidemiologist is also testing the effectiveness of parenting programs that could be used to educate moms and dads about non-physical forms of discipline.

“Our vision is to use data to identify real-world strategies to prevent maltreatment,” Afifi says. “That will improve children’s long-term health outcomes and strengthen families.”

TELL A STORY WITH THE DATA

If you want your research discoveries to influence policy and change people’s minds – especially about a controversial issue like spanking – it’s not enough just to publish them in a reputable journal, says Dr. Tracie Afifi.

“You have to tell a story with the data,” says the child-maltreatment expert, who tries never to turn down a media request and has done articulate interviews with outlets such as CNN, Time, the Washington Post and the Globe and Mail.

“I get described as an advocate, and I guess by definition I am,” Afifi says. “I try to disseminate the data in a variety of ways. Twenty years ago, a researcher’s job was to do the research, and it was someone else’s job to disseminate it. Now, the researcher has to take it to the finish line.”

One of Afifi’s techniques for reaching the public is to write for non-scientist readers. In 2015, she argued in a column for Maclean’s magazine that Canada should make spanking illegal – a step that’s already been taken by 57 countries.

In 2017, she wrote a piece for The Conversation, a not-for-profit media website, headlined “Why parents should never spank children.” It ranks as one of the site’s all-time most-read stories.

“Tracie is a terrific communicator,” says McMaster University family violence expert Dr. Harriet MacMillan. “She’s been very innovative and has made a strong commitment to engaging with different audiences: the public, the scientific community, clinicians, policy-makers.”

Afifi says she is strategic in submitting some studies to journals that have a broader reach than the specialty journals in her field. She pays fees to ensure that the public has free online access to her work.

Her research team also has a free, downloadable infographic created to transmit the key findings from each study. “We make them really simple, in French and English, and we’re hoping to expand into other languages.”

While the scientist believes in saying “yes” to opportunities, there’s one kind of exposure about which she declares, “We’re done with that.” Like a physician who refuses to debate anti-vaxxers because there’s no credible science on the anti-vaccination side, Afifi no longer accepts invitations to spar on a conference panel or radio show with anyone who supports spanking.

“I won’t debate anymore,” she says. “Standing firm in that makes a statement.”