Students remember the victims of the École Polytechnique tragedy

Each year on the 6th of December, Engineering students, faculty and staff gather to remember the lives of the 14 women who were murdered at École Polytechnique in what is known as the Montreal Massacre. This year marked the 30th anniversary since the tragedy that cut short the lives of 14 young and brilliant women. In addition to candles being lit to remember each of the women, Ruth Eden, P.Eng. [BSc(CE)/88, MSc(CE)/02] gave a special reflection. Ruth was a student around the time of the massacre and offered her account of that tragic day and reflected on what those women could have become.

“On days like today, I can’t help but wonder what the 14 women would’ve accomplished with their careers and the difference they would’ve made,” said Eden. “I made the choice to stay in engineering even after what happened because I love what I do. To all the women here today, follow your heart, even if it’s sometimes difficult.” 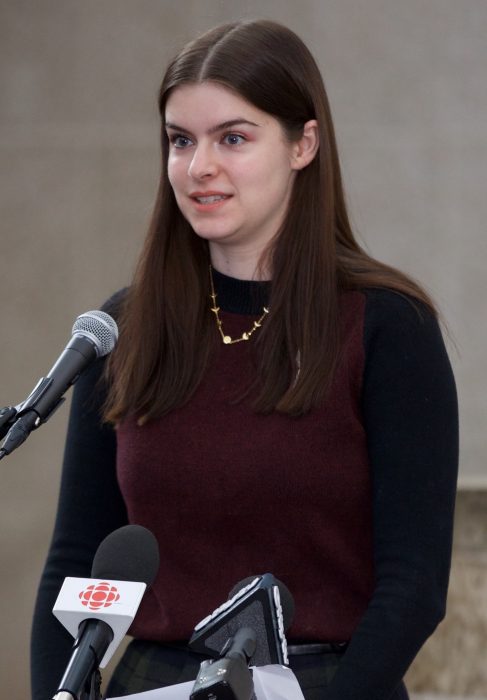 Jane Hilder, Master student in the Department of Landscape Architecture and designer of the new memorial wall.

To commemorate the anniversary, the student memory committee co-chaired by Daniella Archer and Anette Los unveiled a permanent memorial on the glass panels along the stairwell in the EITC atrium. The design features an abstract etching of each of the victims along with their names along the bottom of the panel. The designer, Jane Hilder wanted the memorial to be something that merges past and present together and to symbolize the women still walking among us. Jane, who is a masters student in the Faculty of Architecture, was the winner of the Memorial Design Competition held earlier this year.

The Faculty also took part in the national service later in the day by illuminating a light beam to signify one of the lives lost. The University of Manitoba participated in this national project alongside thirteen other Engineering schools to show our commitment to remembering the victims and ending gender-based violence. 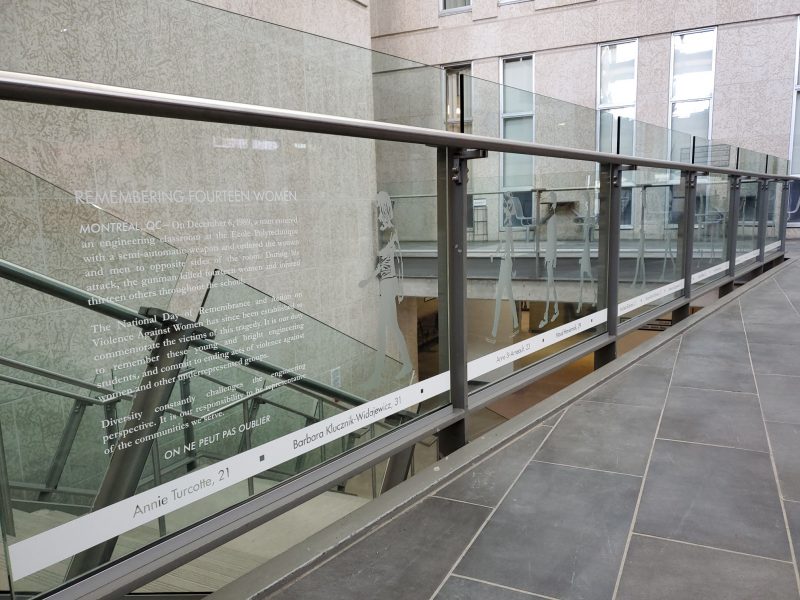 The memorial features silhouettes of each of the women which are etched onto glass panels in the EITC Atrium. It sits alongside the stairs into the atrium, symbolizing that even though the women are gone they are still among us.